Will The Friday Docback Guillotine 'The Reign Of Terror'?? DOCTOR WHO Story #8, And More... 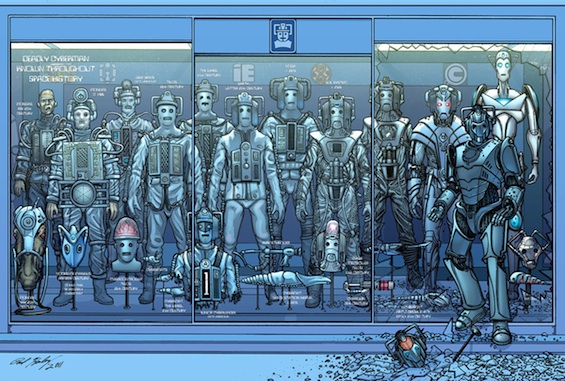 Somehow managing to get this piece online despite battling one of the gimpiest computers on the planet!  Here's to small victories...

Late last weekend, Docbacker kenplume posted a link to this YouTube.  The piece has pretty much gone viral since then so you've likely come across this already.  But, in case you missed it, I'm embedding it below for your enjoyment.  I truly love this - the enthusiasm and energy here is contagious.  A tip-of-the-hat to fbarich2806 for making sure I saw this!

This video came in from Devilgoblins (thanks for the re-send!).  It's a whole lotta fun as well...

This is a considerable improvement over those breathtakingly inept "Sensorites," but it replaces fundamental incompetence with misguided tedium.

Scripted by Dennis Spooner (who also wrote "The Time Meddler" and a few "Dalek's Master Plan" installments for DOCTOR WHO ), the story finds The Doctor (William Hartnell) and companions Susan (Carole Ann  Ford), Barbara (Jacqueline Hill), and Ian (William Russell) unintentionally landing in the middle of the French revolution in the 1700s, where they of course become involved.  That's about the extent of the plot.  There are certainly connivings, schemings, attempts at intrigue, and endless pontifications of allegiance and rebellion, but none if it is weighty enough to support either individual episodes, or the whole affair.  There's not much structure here, and there are precious few surprises.

Unless my perception/understanding is incorrect, "Reign" features DOCTOR WHO's first use of location work - primarily depicting The Doctor walking along countrysides and roads, backed by a Peter and the Wolfish melody.  This was a pleasant surprise, and a lovely little portent of the often excellent location material DEW would bring us in subsequent  adventures.

In the same way the chief problem with "The Sensorites" were the Sensorites themselves, the primary issue with "Reign of Terror"  - a tale about the French Revolution - is the Parisians.  They don't feel like Parisians.  Many of them swagger about and drawl like second rate pirates, and the ones who don't appear stiff and uncomfortable (OK, so maybe they are sorta like Parisians).  They sometimes feel as if they're auditioning for material they don't understand, rather than investing fully in their roles.

And this "lack of understanding" (.for want of a better phrase) is what ultimately prevents "Reign of Terror" from taking flight.  Barbara's character has many OTT scenes of whininess and victimization here which feel inconsistent with the character we've already seen established.  Direction by Henrich Hirsch and John Gorrie seems hellbent on presenting the tale as a straight-up historical drama rather than imbuing it with any level of presentational creativity of flare.  This is DOCTOR WHO by way of some of the most plodding MASTERPIECE THEATER tales, and it simply never coalesces into solid WHO.  This is a historical play that's merely going through the motions.

A few stabs at situational humor are made when The Doctor must don period clothing and ends up in a dopey looking hat... 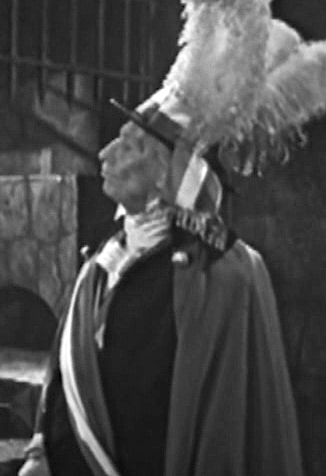 ...but perhaps that was intended to be serious as well.  I can't tell.  A subtle tweak to the closing titles of Part 1 ("A Land of Fear") has flames lapping at the bottom of the screen as the titles scroll towards the traditional blackness at the top of the screen.  A nice and creative touch - more little nuances of this nature would've helped "Reign of Terror" feel quite a bit fresher.

"Reign of Terror" is never a complete failure or waste, but from very early on it becomes evident that it's a tragically missed opportunity in terms of fundamental envisagement.  Just because it's historical and educational doesn't mean it can't be stirring and fun - and budget isn't intrinsically required to bring about either quality.

There's a bit of talk about beheadings and Guillotines during this story - which compelled me to pause the episodes and Google that whole beheaddding process.    HERE's one piece about whether the brain remains aware after decpaitation - HERE's another-  and there are many more should you favor the gruesome.  Scientifically proven or not, it's fascinating and ghoulish stuff.  Perhaps someday...in the far and unpredictable future...our heads will be Docbacking from our jars or boxes.  Like FUTURAMA, or Dorium.  I just hope my container has good Wi-Fi.

"The Reign of Terror" is currently not available on DVD.  Available installments have been issued on VHS and an audio iteration exists on THIS CD.  At this time, Episodes 1,2,3, a bit of five and all of 6 exist in video form - episodes 4 and the missing portions of five are available via telesnap reconstruction.  A DVD - containing newly animated sequences in lieu of missing footage? - is almost certain, if it hasn't been formally announced already.

Huge thanks to Docbacker Bytor for setting me up with the currently available video for this episode - much appreciated, sir! 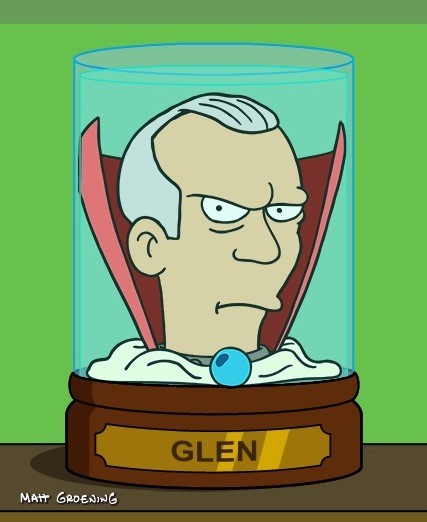 "The Talons of Weng-Chiang"