DOCTOR WHO Title Sequences And Upcoming Comic-Con Shenanigans On This Week's Friday Docback!! 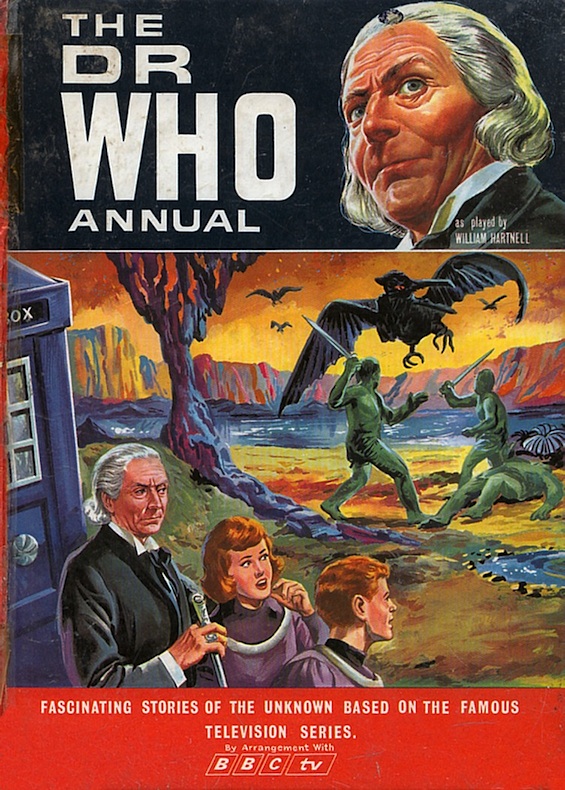 Last weekend I was hit with a rather strong pneumonia that knocked me around like a pathetic little sissy bitch, then proceeded to render me far less functional than I already was (I'm amazed the later was actually possible).

It's been a rough, rough week physically and I haven't felt well enough, alive enough, or awake enough to indulge in the "older" DOCTOR WHOs that I am quite desperate to dive into.  Despite this, I wanted to make sure that  a Friday Docback opportunity still existed for y'all...as promised.

The Docback shall never fall.

So, here it is...sadly gimpy, wholly uninspired, and aggravatingly abbreviated. Next Friday's posting will be considerably more well-rounded.

I was going to talk a bit more about the embed below, but I'm simply not feeling up to it at the moment.  Nonetheless, I present it here as possible fodder for discussion in the Docbacks below.  This is an interesting video which pretty much speaks for itself.

While it's certainly not as flashy as many of the title sequences which succeeded it, I have been...and always shall be...in love with the simple, geometric elegance of the original Tom Baker title sequence (2:39).  Is it the coolest DW opening titles ever?

DOCTOR WHO AT COMIC-CON

If any of you fine folks will be in attendance and feel like sending us a nice write-up of your DOCTOR WHO-related adventures at SDCC, please send your stories , photos, vid clips, etc. to me (HERE) and we'll happily share them with the world and fellow Docbackers.

Matt Smith and Karen Gillan make their first Comic-Con appearance for a panel and Q&A with Doctor Who writer Toby Whithouse (Being Human creator) and executive producers Piers Wenger and Beth Willis. They’re bringing with them, exclusive new footage from the new episodes airing later this summer on BBC AMERICA.  Doctor Who follows the adventures of the Doctor, the mysterious traveler who journeys throughout all of time and space, picking up companions along the way and almost always sidestepping danger.

Doctor Who, from award winning lead writer and executive producer Steven Moffat, stars BAFTA nominee Matt Smith as the Doctor and Karen Gillan as his companion Amy Pond, along with Arthur Darvill as Rory and Alex Kingston who plays River Song.  Part One of the new season, which premiered in April, delivered record ratings for BBC AMERICA and marked the first time Doctor Who filmed on American soil.   Its finale ended with the unveiling of a massive secret and the words “Let’s Kill Hitler” on screen. Part One of Doctor Who arrives on Blu-ray/DVD on July 19 and Part Two premieres late summer on BBC AMERICA’s Supernatural Saturdays. Twitter: @BBCAmerica / #DoctorWho

Fans of Doctor Who will find an assortment of contemporary and classic licensed merchandise at Comic Con, available at the BBC AMERICA booth, in addition to officially licensed Doctor Who partners’ booths.  The BBC AMERICA booth will also offer fans several product exclusives including: a comic book convention special, the River Song figure... 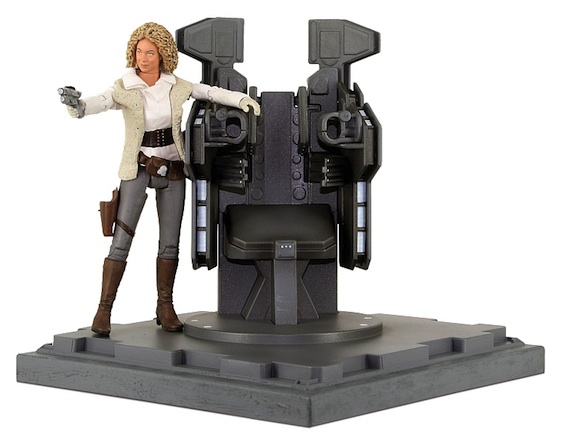 ...and multiple t-shirt styles.  From t-shirts to action figures, Sonic Screwdrivers to comic books, Doctor Who will have something for fans of any age.

DOCBACK CODE OF CONDUCT
AICN's Friday DOCTOR WHO Talkbacks - aka "Docbacks"  - operate on a different set of standards than other AICN Talkbacks.  These standards developed quickly and naturally, and we intend to preserve them.  Accordingly, please take a moment to note a few guidelines which should help proceedings move along smoothly and pleasantly:
1) a Docback should be about completely open and free discourse regarding all things WHO (with, obviously, some variation on subject matter from time to time - the real world intervenes, discussions of other shows are inevitable, etc.)...  2) Matters of SPOILAGE should be handled with thoughtful consideration and sensitivity.  Posts containing SPOILERS should clearly state that a SPOILER exists in its topic/headline and should never state the spoiler itself . "** SPOILER ** Regarding Rory" is OK, for example.  "** SPOILER ** Battle of Zarathustra" is fine as well.  "**SPOILER** Why did everyone die?"  Is NOT good.
And, above all...  3) converse, agree, disagree, and question as much as you want - but the freedom to do so is NOT a license to be rude, crass, disrespectful, or uncivilized in any way.  Not remaining courteous and civil, as well as TROLLING or undertaking sensational efforts to ignite controversy, will result in banning.  Lack of courtesy will receive one (1) warning before a ban is instigated.  Obvious Trolling or Spamming will result in summary banning with no warning.
In short, it's easy.  Be excellent to each other.  Now party on...
Follow glenoliveraicn
Readers Talkback
comments powered by Disqus
Top Talkbacks
Trending