DOCTOR WHO: Why Eccleston Left, A New Executive Producer, Season/Series Six Part 1 Arrives On DVD and Blu-Ray, And More On This Friday Docback!! 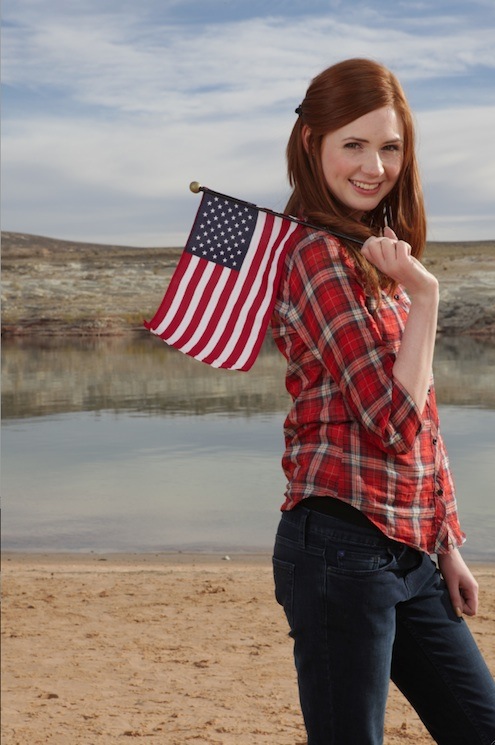 I didn't squeeze in as much WHO as I'd hoped and intended this week because my pneumonia came back for another round, knocking me firmly on my ass once more.  My doctors have now gone nuclear with a volley of multiple, very strong antibiotics - which I'm feeling might finally do the trick.  So, please accept my apologies for the relatively anemic article this week - but I wanted to make sure a Docback went live regardless of my setback, per tradition and promise.

DOCTOR WHO GETS A NEW EXECUTIVE PRODUCER…

Caroline Skinner has been named the new executive of DOCTOR WHO - she's succeeding outgoing EPs Piers Wenger and Beth Willis.

An article at BBC offers some perspective on Skinner from Steven Moffat.    Choice quotes include…

The exec joining me on Doctor Who is Caroline Skinner - fresh from the wonderful Five Days, and still finishing up on a brand new show called The Fades (a fantasy horror series, written by Jack Thorne - I've seen episode 1, and it's BRILLIANT.)
[EDIT]
Just as when Russell was leaving, he sounded me out about taking over, Piers had strong views on who should be his successor. And as soon as I met Caroline, I knew exactly why.
[EDIT]
Caroline starts work almost immediately on the Christmas Special, alongside Piers Wenger. They've worked together before so this will be the smoothest hand-over we've done.

More from Steven ("I think I spent the entire budget on the first page") Moffat can be found HERE.

CHRISTOPHER ECCLESTON REVEALS WHY HE LEFT DOCTOR WHO

The Bad Wilf Podcast provides some long-awaited (although still aggravatingly vague) insight from 9th Doctor Christopher Eccleston regarding why he departed the show after the first Season/Series of its 2005, Russell T. Davies-led resurrection.

“I left Doctor Who because I could not get along with the senior people. I left because of politics. I did not see eye-to-eye with them. I didn’t agree with the way things were being run. I didn’t like the culture that had grown up, around the series. So I left, I felt, over a principle.

“I thought to remain, which would have made me a lot of money and given me huge visibility, the price I would have had to pay was to eat a lot of shit…"
[EDIT]
“So, that’s why I left. My face didn’t fit and I’m sure they were glad to see the back of me. The important thing is that I succeeded. It was a great part. I loved playing him. I loved connecting with that audience. Because I’ve always acted for adults and then suddenly you’re acting for children, who are far more tasteful; they will not be bullshitted. It’s either good, or it’s bad. They don’t schmooze at after-show parties, with cocktails.”

A bit more insight can be found HERE.  Thanks to Jon for dropping a line about this.

NEW ON DVD/BLU-RAY THIS WEEK…

Available HERE on DVD and HERE on Blu-Ray.  U.K. readers can find the DVD set HERE and the Blu-Rays HERE. 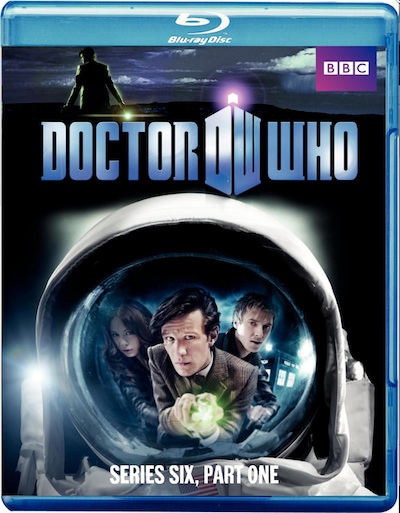 A bare-bones set containing no extras save for two "Monster Files" (discussing The Gangers and The Silence).  If I understand BBC's "bigger picture" plans correctly, another bare-bones set will be released after Season/Series Six concludes, to be followed by the more traditional "whole shebang" package that'll feature the extras and whatnot we've all come to expect.

My sense of the matter is that these stripped down discs enable BBC to get products onto the shelves closer to when the show stops (rather, takes a break from) airing new episodes.  While this strategy will probably irritate a number of established fans, I 'get it' in the sense that these bare bones sets enable BBC to put videos into the hands of viewers more quickly.  PERSONALLY, I feel a few very critical components to successfully franchising a property are timeliness, flow, and availability.  So I appreciate what's being done here, and think it's wise of BBC to strike while the iron is hot…and to better stoke the fires that keep said iron hot. Yes, it's a tad annoying for longtime fans, but it's probably a smart move for sustaining/increasing the viewership flow overall - which can only be a good thing for DOCTOR WHO.

The episodes look fantastic in HD (1080i in this case).  If you've never seen DW episodes in HD and have a chance to check it out on Blu-Ray, I strongly urge you to do so.  The use of HD in DOCTOR WHO is among the smartest, most nuanced, and beautiful work on TV right now and the first seven episode of Season/Series Six look pretty amazing here (although not perfect).

In my admittedly depleted state, I hazarded a list of my personal favorite Season/Series Six episodes to date - in descending order of preference.  A few of these tittles might shift positions when I'm more awake and less medicated, but at the moment it goes something like…

Again, not sure if this list would remain the same after I snap out of it, but for now it seems reasonably defensible.  Favorite moments of this batch?  The closing sequence of "The Almost People," the pre-title sequence of "A Good Man Goes To War," and any scene in which Canton Everett Delaware III appears.

I've been going through "DOCTOR WHO CONFIDENTIAL" - beginning with the Eccleston era, working my way up to Season/Series 5 (which is where I started watching the CONFIDENTIALs).  I'm seeing the U.K broadcast version of these, not the stripped-down DVD/Blu-Ray versions, by the way.

Between these, and the chronological catch-up I'm doing with "older" episodes, a question springs to mind - which I now submit for possible consideration in the Docback below:

Was there ever a truly inadequate Doctor? The sense I'm developing is that all Doctors carried great…perhaps even brilliant…potential, although some were hamstrung by the material of their particular era.  Thoughts?

- tell me which one you'd prefer.

DOCBACK CODE OF CONDUCT
AICN's Friday DOCTOR WHO Talkbacks - aka "Docbacks"  - operate on a different set of standards than other AICN Talkbacks.  These standards developed quickly and naturally, and we intend to preserve them.  Accordingly, please take a moment to note a few guidelines which should help proceedings move along smoothly and pleasantly:
1) a Docback should be about completely open and free discourse regarding all things WHO (with, obviously, some variation on subject matter from time to time - the real world intervenes, discussions of other shows are inevitable, etc.)...  2) Matters of SPOILAGE should be handled with thoughtful consideration and sensitivity.  Posts containing SPOILERS should clearly state that a SPOILER exists in its topic/headline and should never state the spoiler itself . "** SPOILER ** Regarding Rory" is OK, for example.  "** SPOILER ** Battle of Zarathustra" is fine as well.  "**SPOILER** Why did everyone die?"  Is NOT good.
And, above all...  3) converse, agree, disagree, and question as much as you want - but the freedom to do so is NOT a license to be rude, crass, disrespectful, or uncivilized in any way.  Not remaining courteous and civil, as well as TROLLING or undertaking sensational efforts to ignite controversy, will result in banning.  Lack of courtesy will receive one (1) warning before a ban is instigated.  Obvious Trolling or Spamming will result in summary banning with no warning.
In short, it's easy.  Be excellent to each other.  Now party on...