Will 'The Aztecs' Rip Out The Friday Docback's Heart?? A Look At DOCTOR WHO Story #6, And More!!

MERRICK IS ON A NEW PODCAST !!

A few weeks ago I embedded some cool footage of my friend Ken Plume interviewing seventh Doctor Sylvester McCoy at this year's DragonCon.

Ken is a very close, very dear acquaintance whom I known for a long, long time.  He's every bit as Geeky as I am, and while our interests are generally aligned, there's also an understandable divergence in our likes and dislikes.  Which has, over the years, made for some thoroughly nerdified, completely dorked- out, frequently stream-of-consciousness conversations that are usually a tad fluid, but more-often-than-not emerge as rather substantive.  I'm speaking only for myself here, but I'd like to think that...on a regular basis...we learn something from each other...or at least have our eyes opened a bit...during our discussions.

Ken recently hatched the notion of, essentially, porting a semblance of our conversations to a podcast - the first installment of which went online earlier this week.  This was my first podcast...EVER...and I wasn't entirely familiar with the "how tos" and "ins and outs" of their production, which does show a bit in my timing and whatnot.  Despite this, and despite Ken's and my involvement...I think it came out rather well.

This week we dig into DOCTOR WHO Season/Series Six, dismember poor TORCHWOOD: MIRACLE DAY (detouring into considerations of storytelling and mythology), look at the nature of The Doctor's "heroism" (or is it "anti-heroism"?), roundly exalt Steven Moffat, and much more.

You can check it out at Ken's site HERE, or find it on iTunes HERE - we should have another installment coming next week I believe.  Enjoy!

We'll look at the recently re-released "Talons of Weng-Chiang" (HERE) and the DOCTOR WHO: THE DAVID TENNANT YEARS DVD set (HERE). 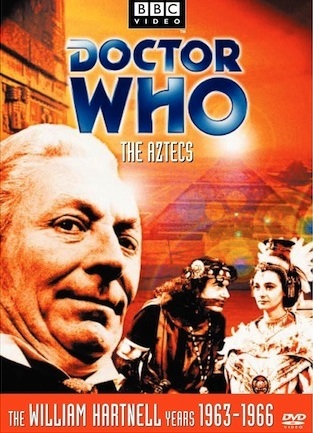 "I just feel sometimes as if the people who've died here are watching, waiting for ME to to die..."

This is the sixth DOCTOR WHO story ever, featuring William Hartnell.  As you might infer from the episode's title, the story brings our travelers The Doctor, Ian (William Russell), Barbara (Jacqueline Hill) and Susan (Carole Ann Ford)  face-to-face with mighty and fearsome Aztecs.

The episode hits the ground running - offering only a few moments of blatantly educational exposition before getting down to its briskly paced business.  While exploring an Aztec temple, Barbara is intercepted and mistaken as the re-incarnation of Yetaxa - a "high priestess" who will quickly be presented to a drought-stricken populous.  But not all Aztecs believe Barbara is a new embodiment of Yetaxa, suspecting she may instead be a dangerous impostor.  Believer Autloc (the High Priest of Knowledge, played by Keith Pyott) and doubter Tlotoxl (the local High Priest of Sacrifice, played by John Ringham in a delightfully OTT performance) square off in a dance of maneuverings and intrigues which bring Ian into unavoidable conflict with petulant warrior Ixta (Ian Cullen), land Susan under Autloc's tutelage as he attampts to shape her into a proper Aztec woman, and result in the Doctor becoming inadvertently engaged. 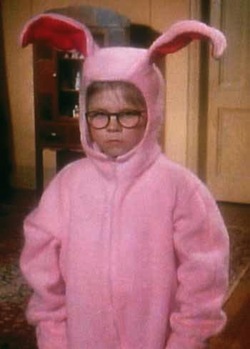 Scripted by John Lucarotti, who also wrote "Marco Polo" for DOCTOR WHO before this, "The Aztecs" is completely devoid of the flab which weighted down that earlier episode.  While liberties with historic and anthropological details are certain (I'm pretty sure the Aztecs didn't speak as biblically as these folks do), the depiction of Aztecs on the whole still feels reasonably plausible if you can get past a buncha very white British guys dressing up as 15th century Mexicans.  While little violence appears on-screen, discussions of Aztec sacrifices and rituals aren't shied away from here - the complex and almost alien Aztec culture not only provides critical story points, but is regarded a something of a character unto itself.


And it's here that this story truly shines.

The seemingly bipolar Aztec culture is a constant source of both wonder and horror to our frequently flummoxed heroes.  For example:  matters like human sacrifice and public torture / humiliation are essential elements of this episode's plot line.

One story movement finds The Doctor at odds with Ian and Barbara regarding whether or not they should interfere with an upcoming sacrifice - a ceremony in which Ian is to play a decidedly unpleasant role. Much to Ian and Barbara's protest, The Doctor insists that they can not, and must not, convolute with the impending event -  which is an essential component of Aztec culture and devotion.  There's a touch of altruism and "non-interference" hidden within The Doctor's directive, as well as a pointed self-preservation.  The more The Doctor and Company call attention not themselves, the harder it'll be for them to escape - thus protecting their own best interests requires our leads to recalibrate their moral compass. That's pretty hard-edged stuff, and Hartnell and Hill knock a few of their contentious scenes out of the park when considering the matter, and the ramifications of her eventual actions.

A later incident propels Susan towards severe and painful punishment (thorns through the tongue and ears) - will The Doctor's policy of non-interference stand when someone he cares about is endangered?  Rough questions...involving social tendencies many people may find brutal or savage.  But I sense a degree of respect towards Aztec culture here, not condemnation.  Our main characters sometimes shun the "barbaric" practices of The Aztecs - but I never felt as if the story itself is trashing that now lost civilization.  In essence, our heroes' reactions to the established values of another culture were sometimes as problematic and inflammatory as the ways of The Aztecs themselves.  Brilliant construction from a storytelling point of few, and well played by all.

Many of the dynamics and conflicts in "The Aztecs" address a base and unfortunate tendency of the human condition: an aversion of peoples and tenets that are not similar to our own.  A timeless issue which is playing out on the world stage even today.  Making "The Aztecs" somewhat allegorical in its endgame, whether or not it was intended to be so at the time.

By way of full disclosure, I'm the son of an accomplished Cultural Anthropologist - so I was already somewhat pre-disposed to an episode addressing such themes.  Objectively though, I stand by my contention that "The Aztecs" is an under-appreciated little gem which doesn't figure into many discussions about DOCTOR WHO, but emerges as meaningful and significant nonetheless.

"The Aztecs" is available HERE in the U.S. and HERE in the U.K. and is streamable on Netflix (the mastering of the DVD is infinitely superior to the Netflix version).