The 'Planet of Giants' Embiggens The Friday Docback!! DOCTOR WHO Story #9, And More!!


...with a look at "Planet of Giants," the first installment of William Hartnell' second season as The Doctor.  "Planet" aired between late October/mid-November in 1964.

THE LATEST INSTALLMENT OF THE WHOTININNIES PODCAST IS NOW ONLINE

The third (most recent) installment of my ongoing podcast with Ken Plume is now online and can be found HERE.

This time around we roundly exalt ATTACK THE BLOCK while taking more than a few shots at SUPER 8, compare DOCTOR WHO with BUCKAROO BANZAI, look at Series One of THE FADES (while, quite shamefully and embarrassingly, forgetting Producer Caroline Skinner's name - about whom I'd just had a rather lengthy discussion an hour or so earlier), and much more.

Previous installments of WHOTININNIES can be found on iTunes HERE. 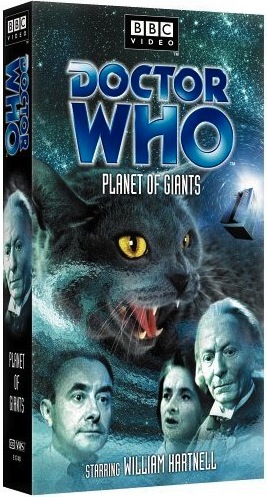 "Just forget how absurd things are..."

The TARDIS' standard de-materialization goes dangerously wrong when the vessel's doors open during the process. A subsequent "overloading of the scanner circuits" further implies that something is very wrong with the ship, although The Doctor remains cagey about what exactly happened and why. Mysteries are further compounded when exploration outside of the TARDIS reveals a world of giant worms and oversized ants - all dead. A ginormous matchstick and matchbox lead to a grim and inescapable conclusion: The Doctor and companions Ian (William Russell), Susan (Carole Ann Ford) and Barbara (Jacqueline Hill) are actually undersized visitors to a normal Earth, where our leads become threatened by plans of a man named Forester (Alan Tilvern). He wants to generate a powerful and dangerous insecticide called DN6 - an environmentally dubious construct whose effects now imperil Barbara...


"Planet of Giants" is a fun but ultimately frothy tale which is filled with clever and smart elements throughout. While contributing little to overrall DOCTOR WHO lore, the story takes on greater resonance when approaching it from a technical perspective. For better or worse, "Planet of Giants" feels like the story in which DOCTOR WHO's "game" was upped considerably. The effects work here is ambitious and, while admittedly wobbly, much of it is more complex than anything we'd seen on the show thus far. 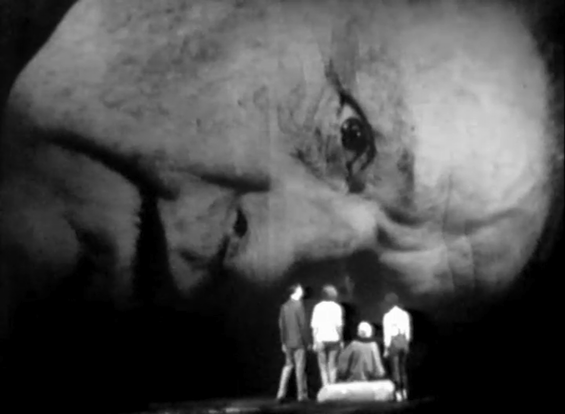 A few music cues here are noticeably embiggened in size and are bold in application - previous DWs felt humble and sparse in this regard. While never close to attaining the lofty levels current WHO composer Murray Gold would eventually reach, one or two passages here offer the first subtle hints at how grand a DW score could someday become. There's also one moment of exceptionally nice editing in "Planet of  Giants"- it's somewhat hard to explain in writing but, essentially, it involves our heroes hearing a murder without knowing it (due to sound differentials brought about by their miniaturization).

Indeed, the script's treatment of the mechanics of miniaturization - and how difficult it would be for miniaturized beings to impact our "real" (bigger to them) world - is, on the whole, more well-considered than one would often find in shrinking tales of this ilk. Affecting changes to real-world objects is a daunting proposition at best for our travelers, and issues like the perception of sound play and its relative-to-size wavelengths plays a critical role in the story's overall plot. For example, our tiny people can not be heard by the considerably larger "real" world because their voices are too diminutive, and normal world sounds are dramatically accentuated when heard by our leads. I.e. a gunshot sounds like an "ancient cannon," doors closing like thunder, etc.

"PoG" can be a tad plodding at times, but it's never the atomic stinkbomb we got with "The Sensorites," or as energetically misguided as "The Reign of Terror" which followed it (both preceded this).

Ironically, the episode's most bewildering shortcoming directly pertains to the story's chief gag. Scripter Louis Marks (who would later write the tremendsouly entertaining "Day of the Daleks" for DW) addresses the ins and outs of shrinkification admirably and often carefully, but seems satisfied to rely on a Deus ex machina for both his tale's causative crisis (how the TARDIS and it's crew are shrunk to begin with) as well as how they are eventually re-enlarged. There's little or no explanation for either, not even a desperate stab in the dark. Which is agreeably fanciful to be sure, but also a tad conspicuous considering how much attention is given to other elements of the story. 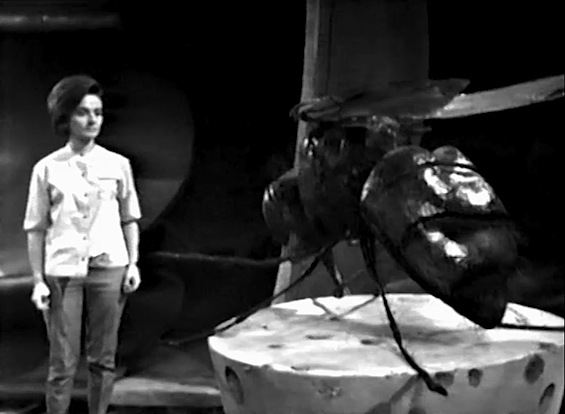 There's a surprising (but welcome) concern for ecology running beneath the surface of this adventure - the ironically named Forester's pesticide is clearly spun as a dangerous "big bad" which must not be deployed, and the effects of such pesticides on the biosphere play a critical role in the narrative. A tip of the hat to Marks for allowing our heroes to have their own adventures in miniature while the larger-than-life humans around them scheme and toil and struggle and betray - inadvertently impacting out shrunken heroes (who they're never once aware of) while our leads are generally helpless to influence humanity in return. A wicked parable for the relationship between ancient Greek/Roman Gods and humans...by turning humans into Gods while smaller, unseen life is endangered by our actions and inaction. This move brings something of a classic mythological context to the proceedings, and transforms "Planet of Giants" into a saga that's a bit less frivolous than it might otherwise have been.

Fun, interesting, sometimes inspired, and never too heavy on the subtext I note above, "Planet of Giants" (another fun twist of phrase considering who the "Giants" are, and are not) is not yet available on DVD - but VHS of the episode can be found HERE in the U.S. and HERE in the U.K.  A DVD of this episode is almost certainly forthcoming; this would be a very nice candidate for the kind of "Special Edition" (reworking of visual effects, editorial tightening, etc.) we recently say with "Day of the Daleks" I should think. To be clear, I haven't heard that such an undertaking is actually underway. I'm just sayin'...

A huge thanks once again to Docbacker Bytor for setting me up with the video files.

Season/Series Six Revisited With The