#4 – DON’T BREATHE - #4
Why is DON’T BREATHE #4? Because it is a semi-big budget movie horror film released in theaters, yet still manages to have some pretty sharp teeth in terms of terrifying scenes, despicable characters, and dire situations. This is a horror film that will make you jump, wince, and squirm—all the right reactions one would want from real horror. You can find it in theaters now and it’ll be on BluRay, On Demand, and on digital platforms soon. Here’s my review of DON’T BREATHE! 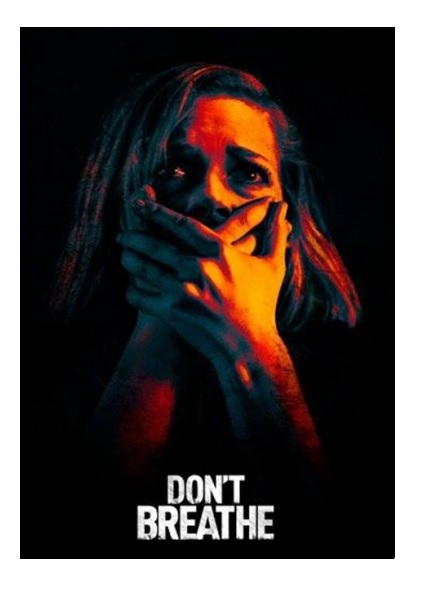 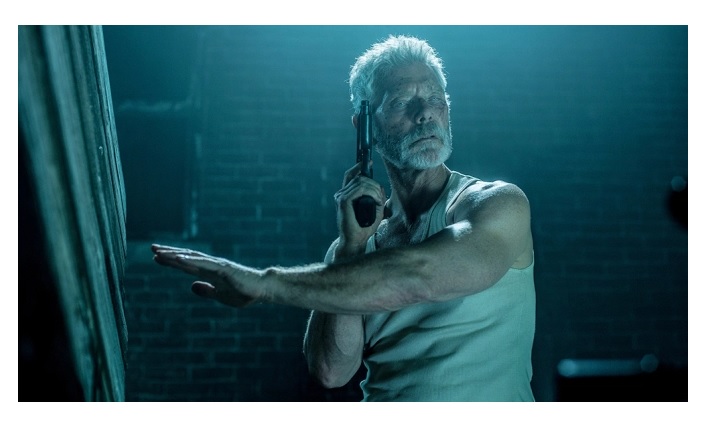 Three young criminals (Jane Levy, Dylan Minnette, and Daniel Zovatto) stake out the home of a blind man (Stephen Lang), thinking he’s an easy mark for their next heist. But once inside, they realize they have bitten off more than they can chew and find themselves trapped in the dark layer of a madman.

Let’s start with the performances here. Stephen Lang has always proven himself as an actor who will give his all for a role. Be it as the cowardly gunslinger Ike Clanton in TOMBSTONE or sleazy reporter Freddy Lounds in MANHUNTER or more recently as the psychotic Colonel Miles Quaritch in AVATAR, he always stands out as an amazing character actor. But in DON’T BREATHE, he gets to shine brightly as the main menace for the three unsuspecting burglars. Lang is able to convey sympathy in the early moments as he is portrayed as a weak blind man suffering from the loss of his daughter and family. But once the lights go out and revelations are revealed, Lang shows how vicious he becomes and is equally convincing as someone you would never want to mess with. 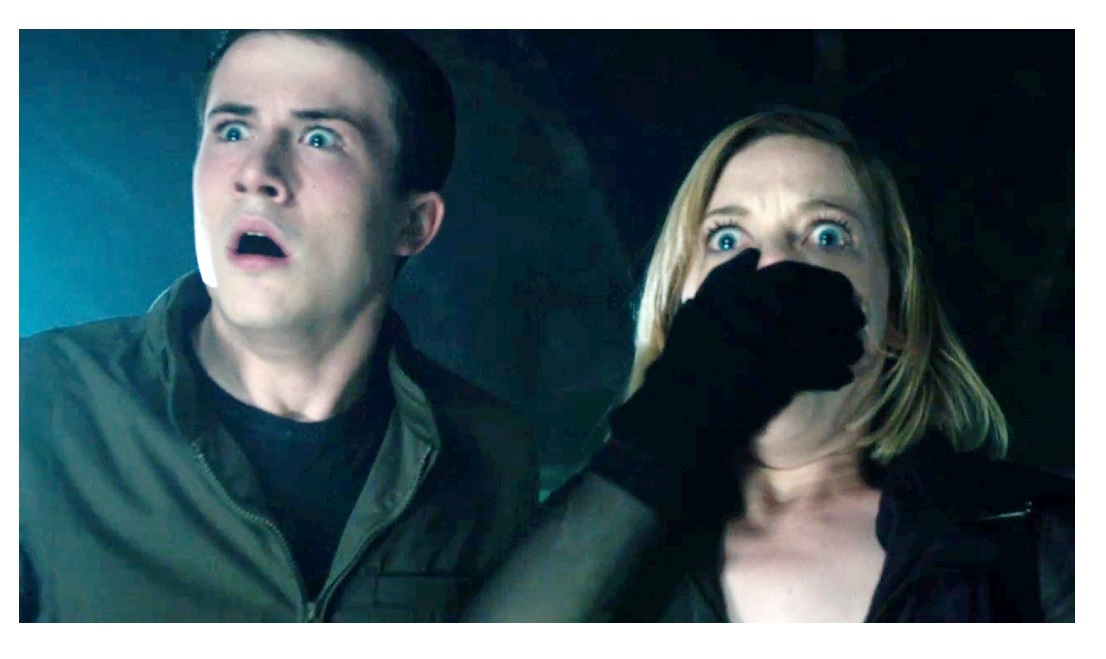 The rest of the cast is pretty talented as well with young Jane Levy leading the pack as Rocky, the crook with the heart of gold who just wants to get this one big score so she can move to California and get her little sister out of a horrific home environment. Levy was great in Alvarez’s last film THE EVIL DEAD remake and while in that film, she spent the whole time either coming down from drugs or being possessed or both, she gets to show a whole lot more range here. Levy is tough as nails, but still manages to maintain that fragile quality that makes the viewer feel like she can really get hurt here in this situation and is not some kind of cartoon heroine.

And that’s what makes this film so good. It’s simply unpredictable. You don’t know who, if anyone, will survive. Nothing is taken for granted and no convention should be relied upon. Just when you think the characters you’ve been following are safe, suddenly they are back in the middle of a nightmare. Alvarez constructs an amazing nightmare with multiple levels, various threats, and all sorts of surprises. He focuses in on specific details at the beginning of the film, letting us know that these things are going to be important later in the film. Much like Hitchcock, Alvarez shows us his hand. He maps out the hell these characters are moving around in and then with that knowledge, manages to keep us on the edge of the seat waiting for him to use the imagery, props, and tools that he has shown us at the beginning. This is a sophisticated level of storytelling here, as it could become predictable, but Alvarez defies prediction. He may show us a hammer hanging on a wall or a piece of glass on the ground, but we have no idea how it’s going to come into play later. We just know it is there and by letting us know about every aspect of this environment the action is going on in, he puts the viewer on edge as to how it is all going to play out given that knowledge. 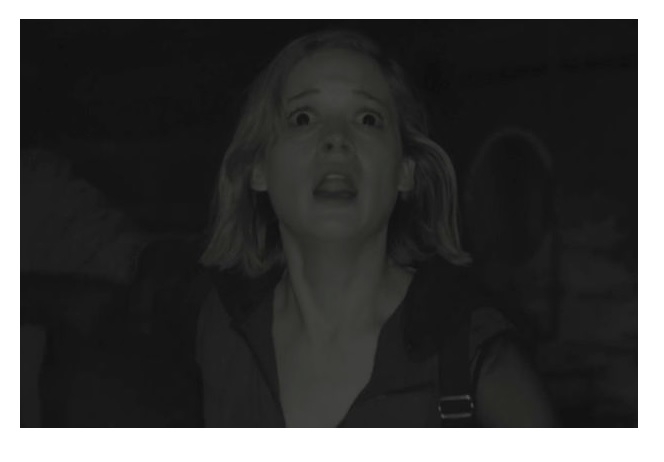 On top of the expert construction, this film isn’t afraid to go into areas seldom covered in mainstream horror. One scene in particular (hint: it involves a turkey baster) is something I was shocked to see happening in a big budget theater and the audience I saw this film seemed to be utterly shocked as well. This is a film that feels dangerous to watch because it allows itself to plunge deep into real human horror and feels fearless in how far it will go. For that, I respect DON’T BREATHE a whole hell of a lot.

Exciting from beginning to end, DON’T BREATHE is a really satisfying horror film from a filmmaker I hope has a long career in the genre. Alvarez shows he is able to act as a tour guide through an absolutely horrific situation and fills every moment with all sorts of terrors that are all the more potent because everything is set in the world we live in. In a medium where the only horrors we see are cut and paste haunted house fare from BlumHouse, DON’T BREATHE is a breath of fresh air for the genre. 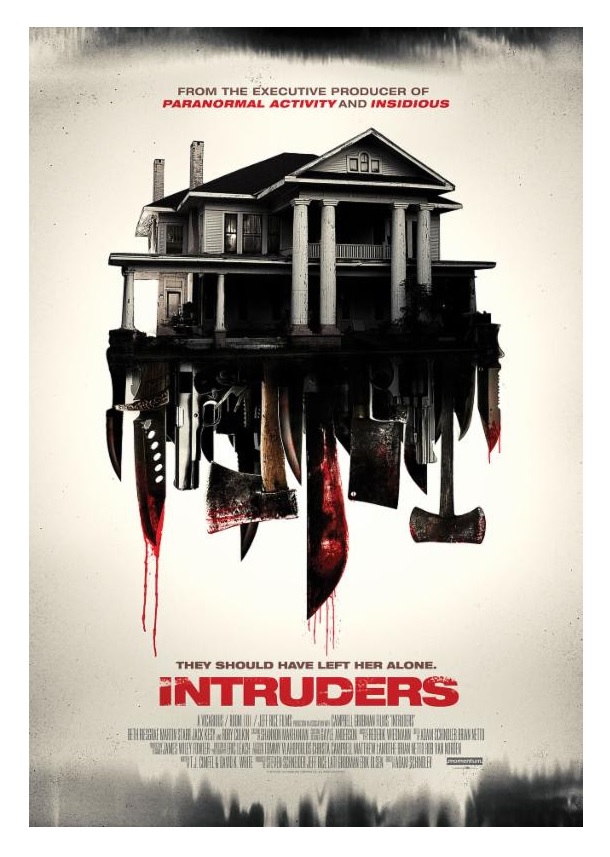 Worth noting: INTRUDERS!
Speaking of crooks trapped inside of the house of a madman, INTRUDERS has basically the same premise, except it’s a crazy woman instead of a man and this one’s also got a Culkin in it. All jokes aside, this is a solid little trapped in one locale horror that barely missed the countdown. This one has a solid story with atypical characters and a great execution of that story that you won’t be able to predict. Check out my full review of the film here. You can find it here on iTunes and Amazon here!