#8 – THE BOY - #8
Why is THE BOY #8? No not the one with Lauren Cohan and the little mannequin. I’m talking about the excellent and utterly chilling dissection of a young psychopath in the making. Craig William Macneill nailed the loneliness, desperation, and despair one young kid (Jared Breeze) has right under the nose of his overworked father (David Morse). This is a quiet yet powerful movie which erupts into a thunderous climax by the end. This is a horrifically tragic story as we see young Henley attempting to be normal yet failing at every attempt. This is a stunning little film that deserves more recognition, which is why it’s my #8. You can find it here on iTunes and Amazon here. Here’s my review of THE BOY from March 5th! 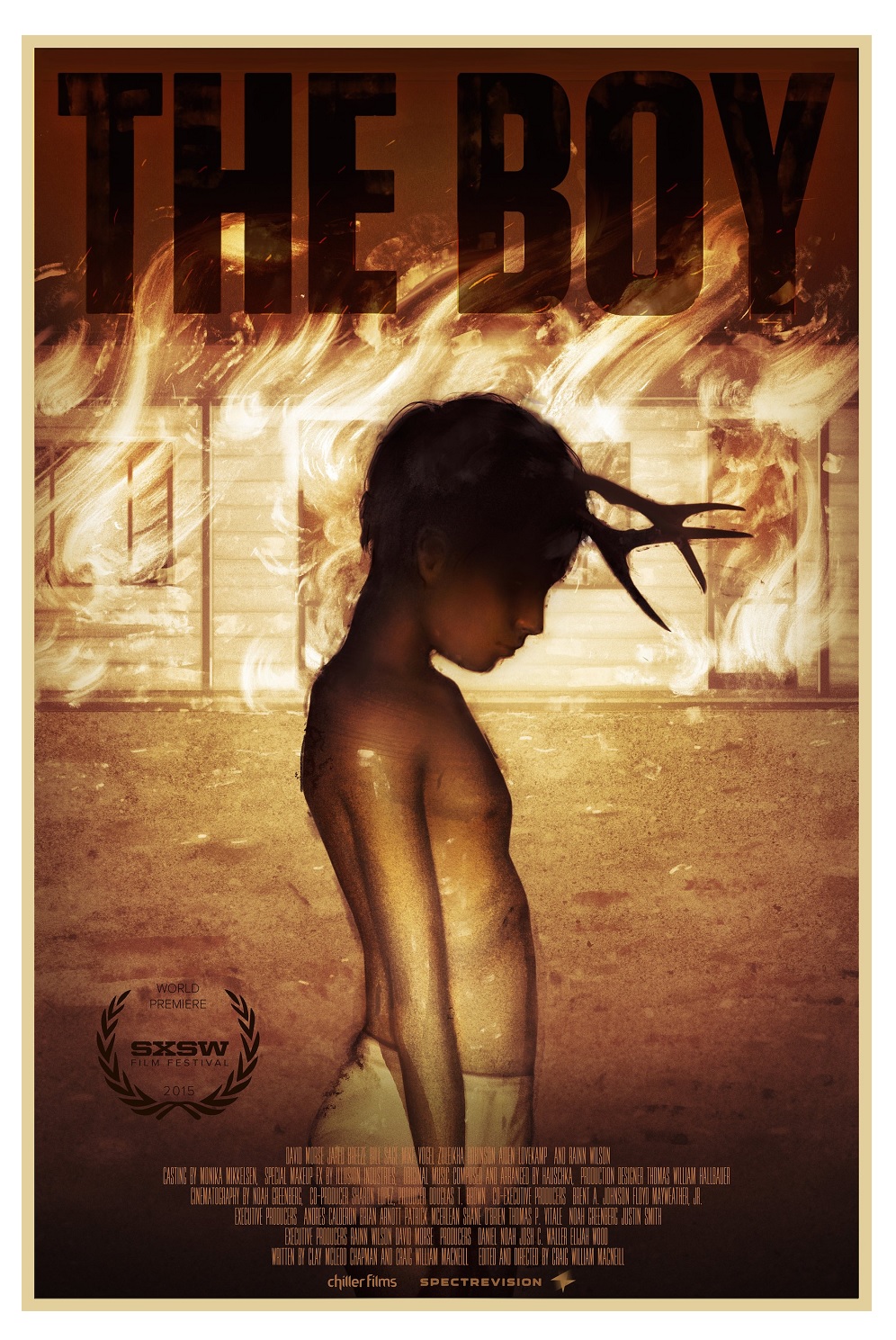 If you get this film confused with the mannequin movie with THE WALKING DEAD chick you’re going to be sorely disappointed. THE BOY is a tense and engrossing psychological nightmare through the eyes of a wide-eyed and widely receptive young mind just waiting to turn to darkness. 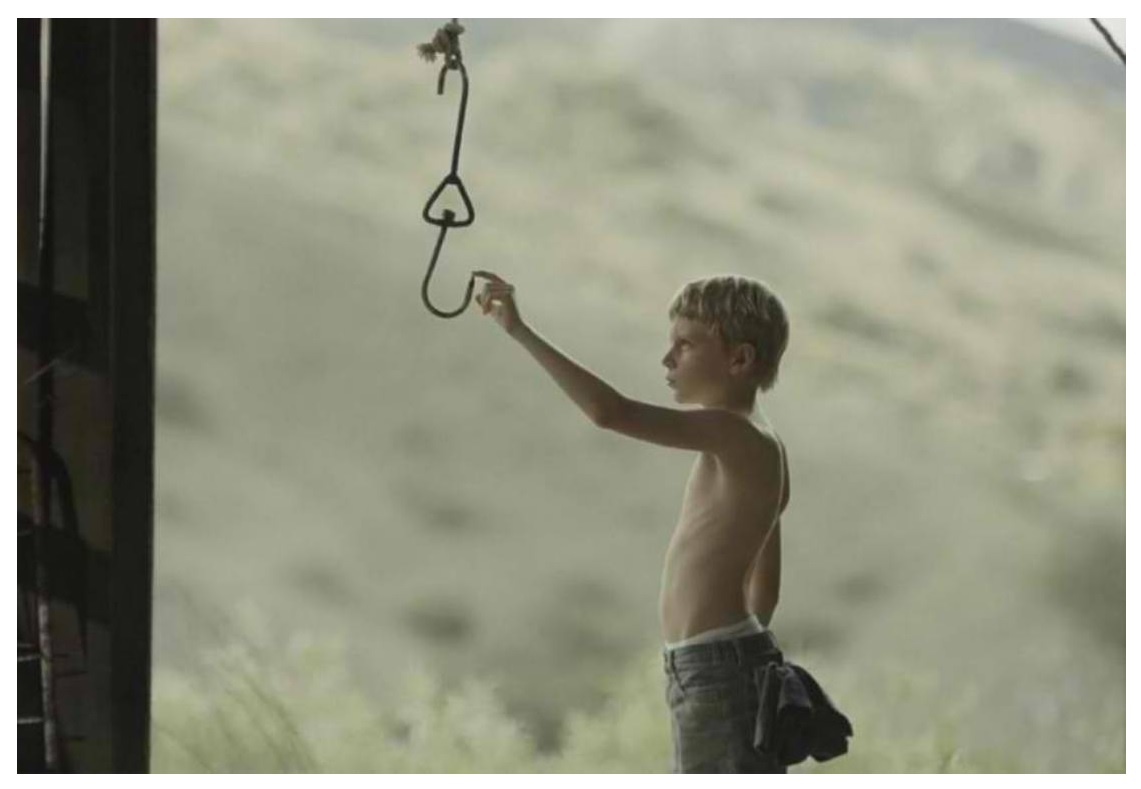 Ted (Jared Breeze) lives with his father (David Morse) in a rundown motel off of the highway. With no other friends to play with and his dad busy running the motel, Ted spends his day having adventures by himself and collecting a quarter for every dead animal he collects off the highway. Little does his father know that Ted is collecting this money to save for a one way bus trip to Florida, the place where his mother left for when Ted was young. Ted cheats a bit by tossing trash and feed into the road to entice the animals to go out, eat, and eventually get squashed, but his plan to reunite with his mom works a bit too well as his bait lures a deer out into the road, causing passerby Colby (Rainn Wilson) to wreck his car. This accident leads to a series of events that seems to awaken what looks to be a budding psychopath growing within Ted.

THE BOY is a film which draws its power from its silences. As a viewer, we simply follow Ted on his enthusiastic, but tedious day to day attempts to rectify his boredom. Left on his own, of course, Ted gets into mischief. But as much as this might be the beginnings of a serial killer who may rival Norman Bates one day, filmmaker Craig William Macneill smartly avoids clumsily and simply tossing in symptoms of the homicidal triangle. Ted does end up torturing animals (off screen, for you sensitive types) and setting fires, the bed-wetting isn’t really delved into, but Macneil spaces out these factors throughout the story and makes it integral and more complicated than simply ticking off symptoms on a scorecard. Ted’s acts of violence towards animals come from his desire to collect money to see his mom, and since his dad paid him to keep the road leading up to the motel clean, his father sort of encourages this behavior, not knowing it will take such a grisly turn. Ted first gets the idea of burning things from talking with Colby (Wilson), a passerby who is endeared to the boy and reveals his wife died in a fire. It’s not like Ted all of a sudden starts being a psychopath. We see it all unfold evenly throughout the film in a mesmerizing and quiet fashion. Every beat, every turn, every decision Ted makes is understood because we spend so much time with him in this film, and Macneil isn’t afraid to just let the camera linger on Ted’s fascinating day to day to foster that understanding.

Jared Breeze is fascinating as the titular Boy. Breeze isn’t so much giving a performance as he is simply being a young boy doing young boy things for much of the film. The ominous music and dead silence convey a much more insidious undercurrent to his actions, but much of the time the film feels almost like a wildlife video where a kid is filmed in its natural environment left on his own. Breeze’s wide eyes soak in every little action from his father and latch onto anyone else who stays at the hotel. Morse gives the usual silent and strengthened performance that has made him famous. His stilted attempts to connect with Ted feel genuine, and I likethat this film didn’t go for the stereotypical abusive father route. Morse’s character truly feels for Ted, having grown up with his own father who ran the motel before him, and sympathizes with him because of it. Wilson also surprised me in a restrained and serious role here as Colby. He goes through a ton of emotions in this film that I’ve rarely seen from the actor, and does so convincingly.

THE BOY is mesmerizing, engrossing, fascinating, and a billion other words that all boil down to just plain good. It is a patient film that slides its knife into you and twists it so slow that you don’t really know you’re dead until long after it’s too late. Smartly written and acted perfectly, THE BOY is one stellar bad kid film. 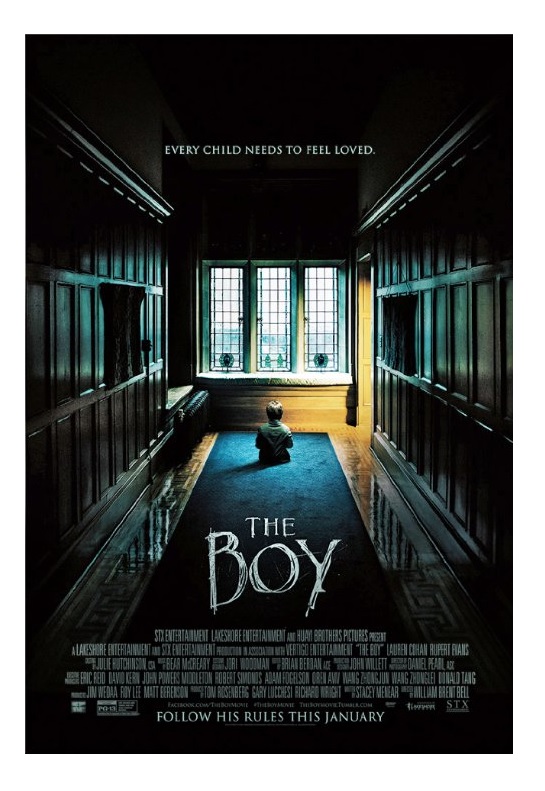 Worth noting: THE BOY!
The other movie called THE BOY was actually not half bad either. While it didn’t quite make the countdown, I have to give this one props for having the balls to be somewhat out of the norm in terms of shocks and scares. THE WALKING DEAD’s Lauren Cohan (who should’ve played Wonder Woman, in my book) gives a nice nuanced performance of an imperfect woman with realistic problems. This story is anything but predictable and while it follows the BlumHouse method of scare a minute false starts and music clangs, the ending is truly bizarre and will definitely make its mark on your psyche. Check out my full review of the film here. You can find it here on iTunes and Amazon here!