#9 – TRAIN TO BUSAN - #9
Why is TRAIN TO BUSAN #9? Because it takes a special kind of zombie movie to stand out these days and while many of the same tropes are used in this film, the attention to the relationships between the characters and staging it on a linear backdrop like a train makes it somewhat different than any zombie movie you have ever seen. There are some fantastic performances in TRAIN TO BUSAN by the entire cast and the way the zombies are depicted are more unsettling and dangerous than most zombie films of its ilk. Sure, if you’re sick of zombies, you’re going to roll your eyes, but that would be a mistake as you’d miss out on one of the best in recent years. You can find out when and where you can see this film here. Here’s my review of TRAIN TO BUSAN from August 1st! 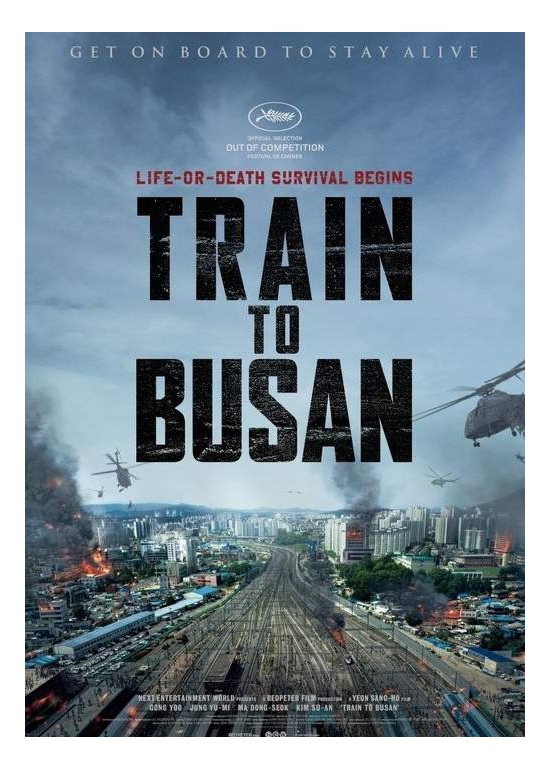 Every year there’s a film that proves that there’s life in the old reanimated corpse that is the overspread subgenre of horror dedicated to zombies. This year TRAIN TO BUSAN is that film. 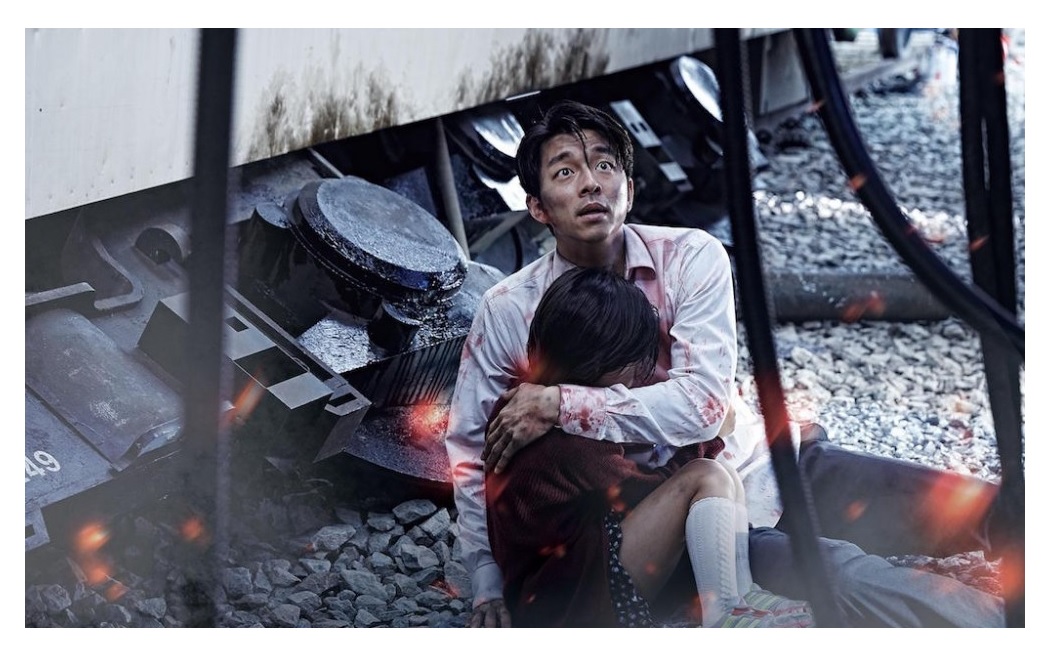 Seok-Woo (Gong Yoo ) is a workaholic father who agrees to take his daughter Soo-an (Kim Soo-ahn) to see his estranged wide/her mother who lives in a neighboring city of Seoul, South Korea. As they board a bullet train, a passenger boards the train suffering from some kind of ailment. On the news, reports of a viral outbreak are ignored as people go on their day to day, so the last minute board isn’t thought about until she collapses, spasms, and awakens as an infected dead—ready to bite and spread a contagion from one train car to the next as those uninfected fight from car to car for their survival.

So yeah, it’s SNOWPIERCER with zombies or ZOMBIES ON A TRAIN instead of SNAKES ON A PLANE, but what this film did is remind me of why I love zombie movies in the first place. For one thing, there isn’t a self-referential, annoyingly ironic tone to this film as many modern zombie films have. This is a straight up zombie film that is occurring all over the Korean country (and most likely the world, but we aren’t made privy to that in the world of the movie). We see snippets of the outbreak at the beginning, some rushing police cars, and some reports on the news, but what makes this compelling is the personal story that takes place within the zombie outbreak. It’s the story of a disconnected father who plays the role of caregiver without really knowing what it takes to do so. Gong Yoo is great as the absent dad who is all business and connected to his cell at all times with clients, too busy to see his marriage crumbling and his daughter crying for attention. Through much of this film, the choice is made between what is good for oneself and what is simply heroic. It’s a strong and universal theme, broad enough to work in any situation and applied to this bleak scenario, it’s works amazingly here. The role of the self-centered vs the heroic is exemplified by different characters here as THE GOOD, THE BAD, & THE WEIRD’s Dong-seok Ma plays a noble husband protecting his pregnant wife. His character is often put into contrast with Gong Yoo’s to show just what the businessman/father is doing wrong. Dong-seok Ma’s presence is formidable here and I hope to see more of this gruff and buff actor in future films. These characters are painted with broad strokes, but serve their purpose to tell as story of what to do and what not to do as a parent. 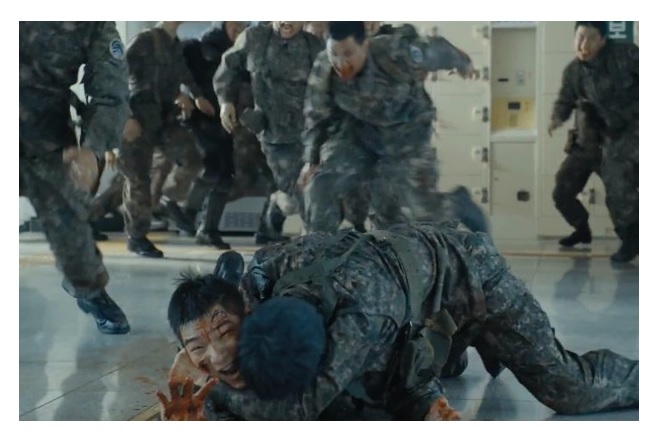 But stealing the show is little Kim Soo-ahn, who plays Soo-an, the adorable little girl caught in the middle of this mess. This little kid is a hell of an actress and the main reason I was pulled into this movie so deeply. At such a young age, she is able to express emotions that will break your heart into pieces and those who don’t shed a tear during the emotional climax of TRAIN TO BUSAN might want to check for a pulse.

The zombies themselves are not exactly original, but presented in a way that feels fresh and new. These are fast moving zombies, but twitchy and oddly moving due to their animalistic mannerisms and disregard for the damage done to their bodies in their pursuit of prey. The film also borrows a bit from WORLD WAR Z, showing the zombies moving in a mass. It’s not as over the top as the zombie wave, but much subtler, and therefore more effective, as the zombies move like ants, clinging to one another to catch a speeding train or clumping together to move en masse in close quarters. This gives them an otherworldly feel that many zombie movies lack and the seamless CG helps immensely in making these zombies formidable and scary. 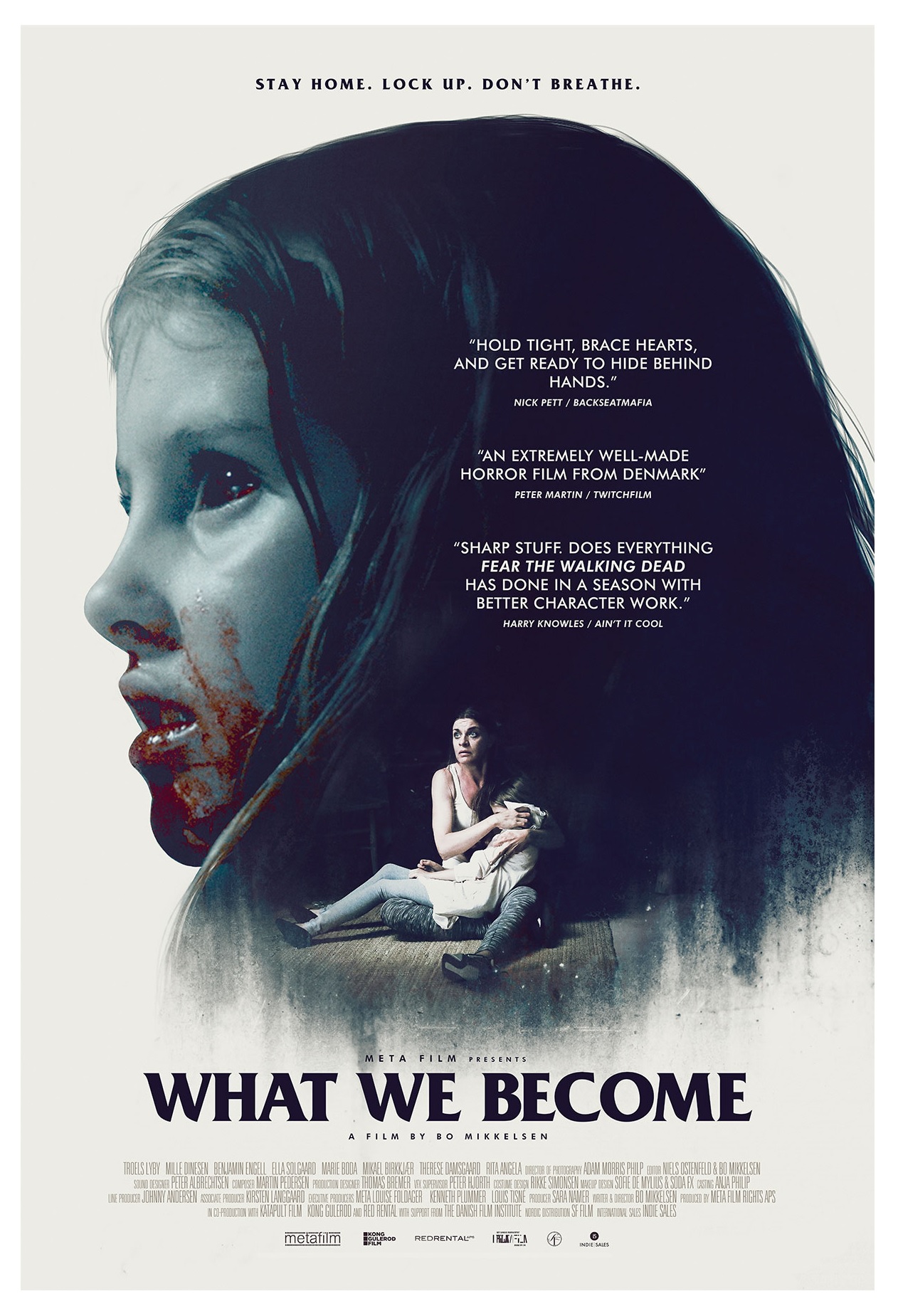 Worth noting: WHAT WE BECOME!
Another film that might be written off because it is a zombie film but shouldn’t is WHAT WE BECOME, the Danish film which effectively shows us the beginnings of the zombie apocalypse. I’ve seen plenty of films which attempt to depict the initial outbreak, but this one does so in a potently emotional manner. There are shades of SHAUN OF THE DDEAD here as the signs are all over that an outbreak occurs even before people notice it, but folks are too into their own lives to give it a second glance. That is, until it’s too late. Without the humor that SHAUN OF THE DEAD had, this film comments on how we don’t know there are problems until they land on our doorstep, a fault that seems to be a universal thing nowadays. And even though there are a lot of familiar aspects to WHAT WE BECOME, there is an attention to emotion and detail that seems to be glossed over in other zombie outings that continue to be churned out, even though it seems the zombie craze has died out. Check out my full review of the film here. You can find it here on Amazon here!