#13 – THE WAILING - #13
Why is THE WAILING #13? Scoring points for being an effective police procedural, a highlight of a lesser known culture, and some spooky scenes of grueling possession, South Korea’s THE WAILING is a tour de force of fine acting, terrifying scenes of the supernatural, and also manages to make some commentary about relations between South Korea and its neighbors. While some might balk at the subtitles, I challenge you to sit through this one unfazed. You can find it here on iTunes and Amazon here. Here’s my review of THE WAILING from June 3rd! 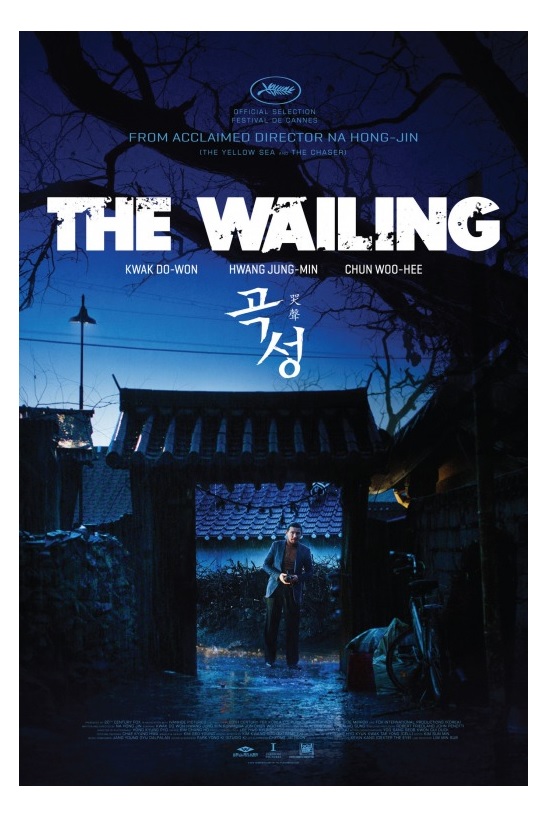 I’ve heard the world a tour de force used in terms of films and I guess that means a myriad of emotions are tugged and jostled leaving the film somewhat uncategorizable in terms of what specific type of genre it rests in. If that’s the case, THE WAILING is such a film as it is equal parts drama, comedy, tragedy, horror, and police procedural. And the sum of these parts makes it one of the most engaging and harrowing films you’re going to see this year. 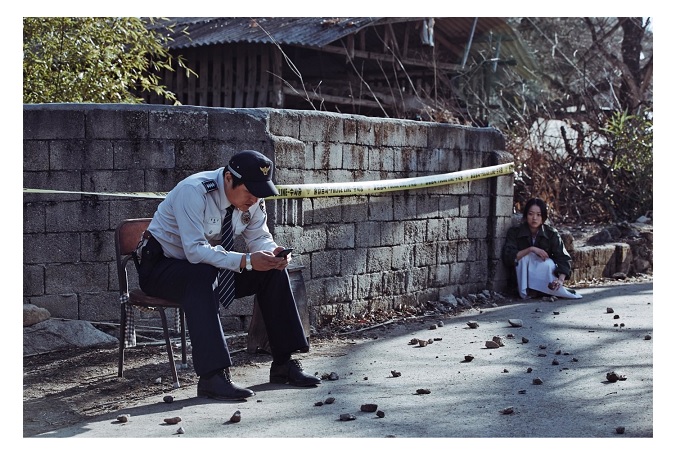 Do Won Kwak plays Jong-Goo, a loving father, dutiful husband, but a bumbling police officer. When a string of seemingly random acts of violence plague the small village he lives in, it is only Jong-Goo who sees the connections between them and follows the trail to the shack of a mysterious Japanese man living in the hills outside of town. This stranger (Jun Kunimura) has very little to say, but the secret rooms in his shack indicate some kind of black magic going on. This black magic seems to follow Jong-Goo home and possesses his little daughter. Seeking the aid of a shaman (Jeong-min Hwang), Jong-Goo begins a harrowing journey to save the life of his daughter from the clutches of evil spirits that are invading his small village and his own home.

What I absolutely love about this film is the seemingly seamless transition Jong-Goo makes from clumsy policeman to desperate father through the course of this story. THE WAILING is a long one—clocking in at about two and a half hours, but this gives the characters a chance to really evolve and show multiple sides of their characters. The film starts out comical as Jong-Goo stumbles through investigations, screams like a little girl at the creepy shit that is going on, and takes part in almost slapstick scenes where he attempts to take on these evil spirits. Do Won Kwak is the perfect actor to play this because he is somewhat pudgy and not your typical leading man material, but his love for his daughter allows the viewer to really get to know and like him beyond his comical stumblings. So when Jong-Goo’s family is threatened and he ventures into darker and darker territory, you’re with him 100%. When things get dire, this closeness you feel to his character really carries weight. 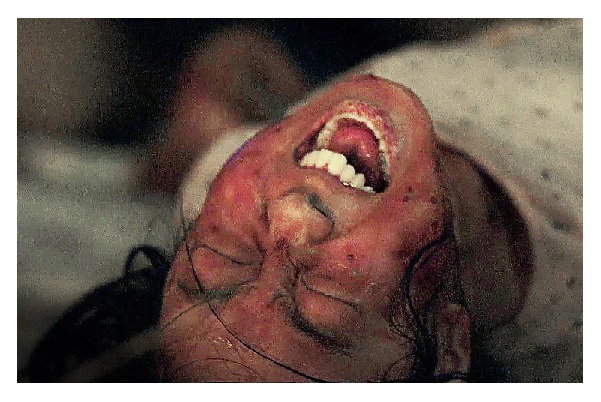 I also loved the way this film twisted and turned your expectations from beginning to end. Hollywood films dumb down their stories to reflect simply one style or genre. THE WAILING is many all wrapped up into one. There are moments of sheer tension as Jong-Goo unravels this mystery. There are moments of cultural beauty and oddity as we are made witness to a shamanistic exorcism performed to save the life of Jong-Goo’s daughter. There is even thematic heft involving mistrust for those from outside one’s own culture as the South Korean police immediately peg the strange Japanese man in the woods as the culprit. And the humor works as well as I laughed out loud at some of the scenes where Jong-Goo reacts at the sight of a supernatural creature (one specific sequence where a zombie like creature appears out of the woods and a group of villagers comically attempt to battle it with shovels and rakes comes to mind). And there are moments of sheer terror as the stakes are risen to biblical levels by the end of this thing with not only the life of Jong-Goo’s family at stake, but possibly the entire world. All of these elements fit together perfectly without a moment of awkward transition.

I can’t recommend this South Korean masterpiece more as it tugs on heartstrings and then rips them out with fiendish glee. It will make you laugh and shriek. Those who don’t enjoy international cinema are missing out on some amazing horror these days as this is where the real risks are taken. THE WAILING is a rollercoaster of a film. It’s long and complex. It’s equal parts heartwarming and wrenching as the story goes on. It firmly embraces the realm of horror, but does so in a way that doesn’t insult the viewer’s intelligence. THE WAILING is one urban ghost story that is worth seeking out with fantastic performances, surreally beautiful culture, and absolutely riveting moments of sheer terror. 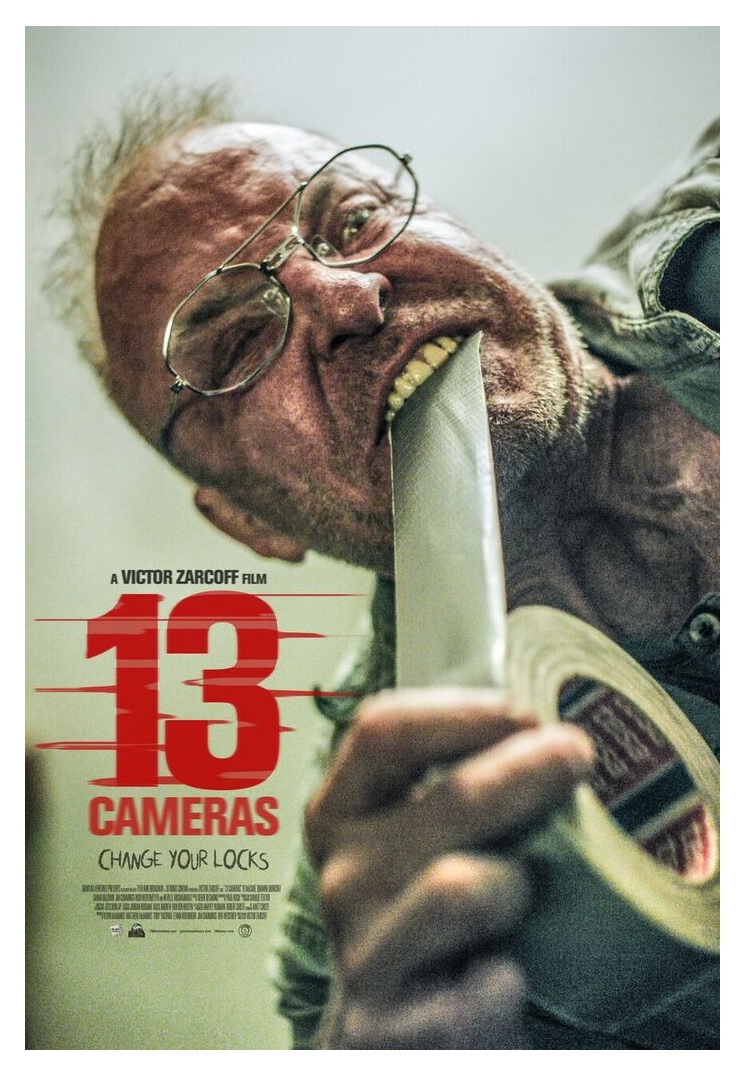 Worth noting: 13 CAMERAS!
While it has nothing to do with the film above, 13 CAMERAS is a powerful film that’ll make you check your vents and shower heads for minicams. Featuring one of the most memorable movie villains of the year in former wrestler Neville Archambault who plays Gerald, a true landlord from hell. This actor makes this movie standout and go for the jugular in a film that ratchets up the tension tighter and tighter as it reaches the end. Just missing the countdown is 13 CAMERAS, also known as SLUMLORD in some parts, but you definitely shouldn’t miss this one. Check out my full review of the film here. You can find it here on iTunes, Netflix here, and Amazon here!