#14 – THEY LOOK LIKE PEOPLE - #14
Why is THEY LOOK LIKE PEOPLE #14? I love films that ooze paranoia, and this film oozes it from every pore (if a film has pores, that is). In the tradition of INVASION OF THE BODY SNATCHERS, ROSEMARY’S BABY, and the recent classic ENEMY, THEY LOOK LIKE PEOPLE will have you leery about trusting anyone. The fact that it is told so simply and effectively by a trio of capable actors and some intricately constructed scenes of taut tension makes up for the somewhat rudimentary effects that go on in the latter moments. Still, if you’re a fan of paranoia flicks, this is one of the best of the year. You can find it here on iTunes, Netflix here, and Amazon here. Here’s my review of THEY LOOK LIKE PEOPLE from June 10th! 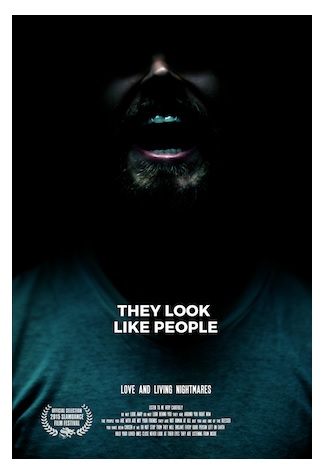 While too many times low budget can be equated with amateur acting, bad sound, horrible lighting, rubber suited monsters, and edits that look as if it were performed by Leatherface, sometimes the right filmmaker comes along and knows how to get the ultimate bang for his buck. Such is the case for the expertly crafted, descent into madness spine-tingler entitled THEY LOOK LIKE PEOPLE.

Christian (Evan Dumouchel) is a nice guy and life seems to know it by walking all over him. When his old friend Wyatt (MacLeod Andrews) shows up on his doorstep, he doesn’t want to ask for a place to stay, but obviously need it. Christian reads the signs and without a pause, invites him in. But Wyatt isn’t the same happy go lucky pal Christian grew up with, though Wyatt tries his best to be “normal,” the calls in the middle of the night and increasing suspicious activity Christian witnesses through the days he spends with Wyatt indicate that something is definitely wrong with his friend. Turns out Wyatt believes the world is being slowly taken over by evil creatures that only he and a few select people can see. After leaving his fiancé and suspecting her as one of these evil creatures, Wyatt has gone to his longtime friend for sanctuary, but how long will Wyatt be able to keep his paranoia at bay and trust that his friend hasn’t become one with this evil conspiracy.

I worked as a therapist in an outpatient mental health facility for adults with mental illness for a period of time. There was one occasion that stood out to me to this day. There was a common area where all of the clients and staff congregated for lunch. I was standing in line waiting for the processed, but necessary meal which would get me through the day and a client I did not know—a six foot five man who looks like he could crush me like a literal bug, looked at me and his face changed to abject horror. I knew he was experiencing a hallucination and another therapist who knew the man approached him and was able to talk him down. To this day, I wonder exactly what this man saw when he looked at me. THEY LOOK LIKE PEOPLE is probably the closest I am going to get to find out as it really does place the viewer right inside the head of Wyatt who suffers from textbook paranoid schizophrenia. After a series of failures, instead of rationalizing these problems, Wyatt believes he is one of a few chosen to fight a secret takeover by evil forces. He receives calls in the night and hears voices throughout the day reinforcing these theories and while Christian is away at work during the day, he is preparing for the worst in his apartment basement.

An amazing dichotomy set up in THEY LOOK LIKE PEOPLE is that Christian listens to voices too. His voices come in the form of recorded audio tapes which he plays to build his confidence and motivation at work, at the gym, and on the bus in between. It’s really smart the way this film sets up the similarities between the lives of Christian and Wyatt. Both suffer from devastating failures; both seem to have lost their girlfriends recently and are trying to put their lives back together—Christian in a much healthier and “sane” way and Wyatt in a much unhealthier way.

What makes THEY LOOK LIKE PEOPLE the most is not necessarily the paranoia stuff, but the scenes establishing how strong of friends Christian and Wyatt truly are. There are a number of scenes where the paranoia is pushed aside in this story as we simply see Christian and Wyatt talk about old times, play a game of basketball, or even play around having sock wars or bouts of “blobby” where they cover themselves with comforters and wrestle like they did when they were kids. It’s heartwarming to see these two guys rekindle their friendship and you root for both Christian and Wyatt to come out stronger during this dark time in their lives. 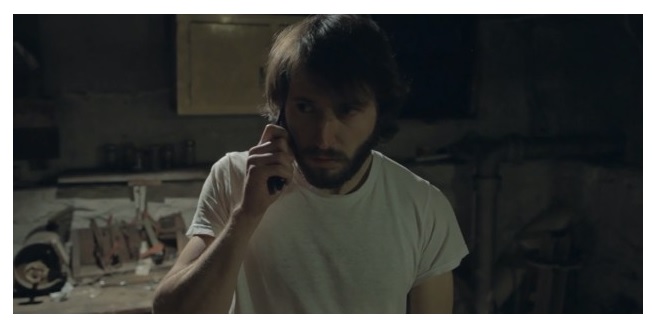 But THEY LOOK LIKE PEOPLE absolutely sizzles during the scenes where Wyatt is overcome with paranoia. The film keeps flashing back to a scene where Wyatt is in bed with his girlfriend staring at her face in the darkness. Her face is obscured in shadow, but we see Wyatt’s eyes grow wide and hear something happening in the darkness. It’s an intense and palpable scene that doesn’t give away exactly what Wyatt is seeing, but captures the emotion expertly.

It really is amazing the level of horror filmmaker Perry Blackshear is able to capture with simple shifts in shadow, sound effects, and the amazing performances by this small cast. MacLeod Andrews and Evan Dumouchel are mesmerizing as the two leads and utterly convincing in their opposing roles that attempt to keep their friendship strong despite mental illness and paranoia trying to pull them apart. I’d be remiss if I didn’t mention the strong performance by Margaret Ying Drake as Christian’s new love interest who exudes personality in very few scenes. I hope to see Drake in many more films as she really is a standout here.

The simplistic effects and lack of a real monster will have those in need of blustery budgets and in your face shocks poo-pooing this film. But I found THEY LOOK LIKE PEOPLE to be mesmerizing from start to finish and watched the final moments through my fingers—expecting the worst, but rooting for this friendship to shine through the darkness. It’s both a realistic portrayal of paranoia and a remarkable account of a friendship worth rooting for. THEY LOOK LIKE PEOPLE is just fantastic and simple filmmaking that could teach big budget scare-makers a thing or two. 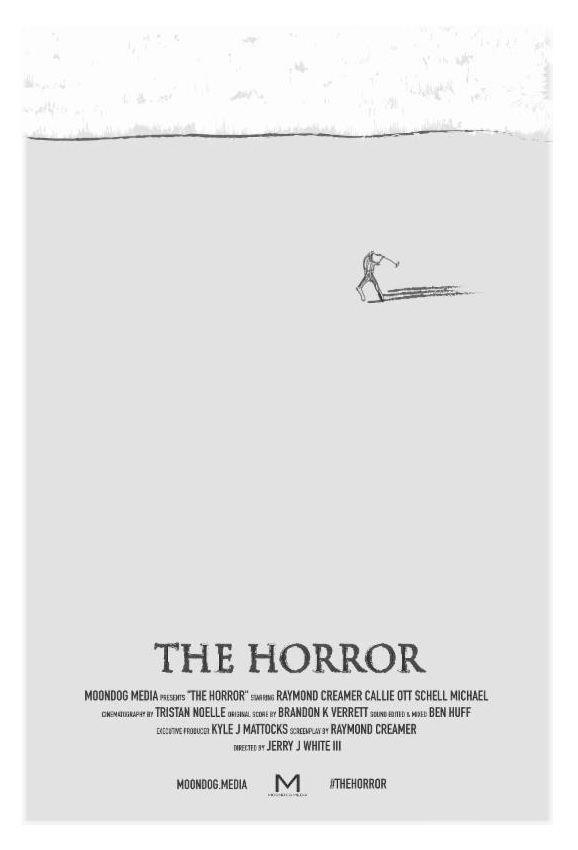 Worth noting: THE HORROR!
THE HORROR is a psychological thriller that makes up for its low budget with rock solid scares, nice performances, and twisted psychology. It’s obvious those behind this film know a thing or two about counseling an ill mind and as a therapist, I found this film to be truly chilling as boundaries are crossed, minds are splintered, and horrible acts are carried out. While this is a calm and quiet film, it is also one that will creep up on you. I definitely recommend those who like their horrors more about what’s inside the mind rather than splattered all over the place. Check out my full review of the film here. You can find it here on VHX Download and limited edition VHS here!