#16 – 10 CLOVERFIELD LANE - #16
Why is 10 CLOVERFIELD LANE #16? There seems to be a lot of bunker films in this year’s countdown. I wonder what that symbolizes. If I were looking at this metaphorically, maybe it is about our fears of the world and a retreat into what we feel is safe in our own homes only to find more frightening things there. Or maybe it’s just a coincidence. I don’t know. I do know that most of CLOVERFIELD LANE worked for me. Once out of the bunker and the film turns into a space adventure story, it kind of lost me. But for a good long portion of this film, I was enthralled with John Goodman’s portrayal of a bad man and Mary Elizabeth Winstead and John Gallagher Jr.’s desperate struggle to get out. So while the ending might not be as satisfying as most, this is one tension filled film that will have your toes curling. You can find it here on iTunes and Amazon here. Here’s my review of 10 CLOVERFIELD LANE from March 18th! 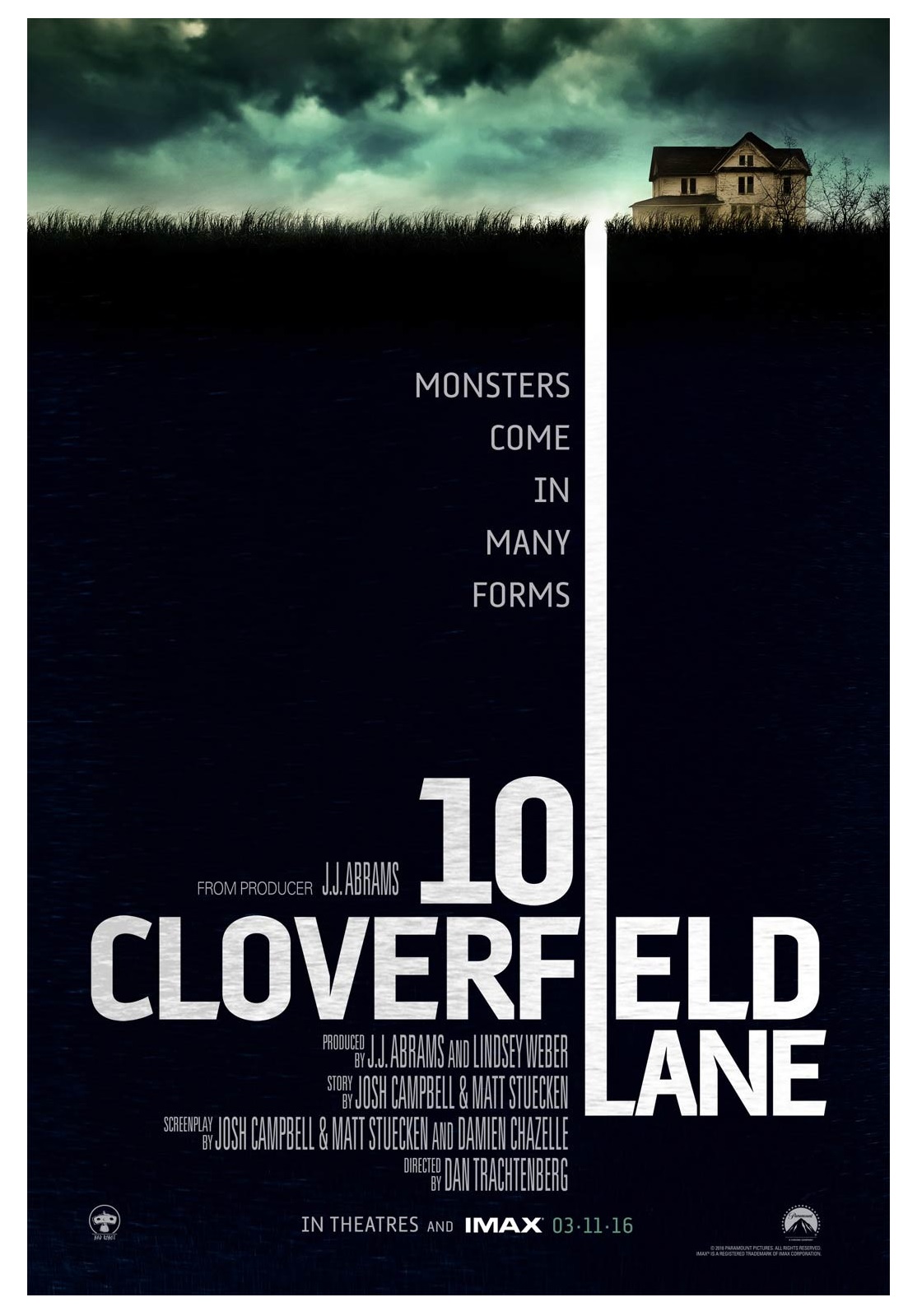 While 10 CLOVERFIELD LANE feels a bit like two movies smooshed into one, there’s still a whole lot to like in this devious little TWILIGHT ZONE episode stretched to a full feature length. 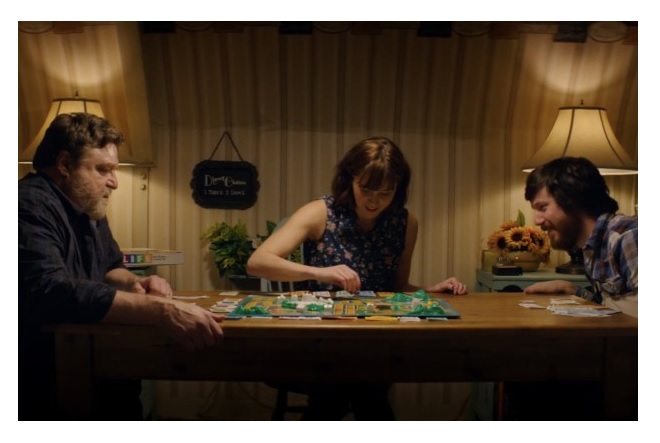 While many feel as if the trailer to 10 CLOVERFIELD LANE should be applauded for not giving away the entire story, after seeing the film itself, you’re going to realize much of the film was in fact given away in that trailer and unfortunately there isn’t much more to the film aside from that. This doesn’t mean that 10 CLOVERFIELD LANE is not good. It’s just that the trailer is as guilty of telling the entire story as any other trailer out there is these days. On her way out of town, Michelle (Mary Elizabeth Winstead) wrecks her car and wakes up in a bunker with her knee chained to a wall. Soon she meets her captor Howard (John Goodman) who attests that an attack of some sort has occurred and the air is not breathable, but they are safe in the bunker they now occupy with another person, Emmet (John Gallagher Jr.) an acquaintance of Howard’s who helped build the bunker and knew of its existence once the attack occurred and sought sanctuary there. Though Michelle tries numerous times to escape, she finally gives in and the three of them find some kind of equilibrium between them. That does not last long as when Michelle gets an opportunity to leave, she takes it and discovers just what is going on above the bomb shelter.

As I said earlier, 10 CLOVERFIELD LANE is comprised of two distinct parts—what happens under ground in the bunker and the brief but potent moments that occur above ground. The stronger of the two parts is definitely the tension filled moments underground. The way information is doled out is masterful and will definitely have you at the edge of your seat. Goodman is a national treasure and proves it here by offering up equal parts sincerity and menace. You believe in his sad story of losing his daughter and feel for him and sort of understand why he would be so protective over Michelle. At the same time, the quiet menace in his eyes and casual dialog fills the space of the bunker and smothers it. Although he is a big man, the power he possesses in his stare is gargantuan. Goodman is the driving force of this film. In a metaphorical sense, he is the 1,000 foot monster rampaging through New York and threatening the lives of everyone under foot in this bunker. The way his story unfolds and the mysteries of this film unfold is something truly horrifying; something much darker than most horror seen in theaters and the power lays in Goodman and in the subtlety of the real terror going on.

And then there is what occurs above ground. This is the part of the movie which definitely shifts the tone dramatically from psychological suspense to sci fi actioner. Personally, I didn’t mind the shift in tone and simply enjoyed the film as Winstead morphs from tension filled dramatic actor to action star, but I can understand those who like to position their films in one single box will hate the shift. It is jarring and somewhat out of left field. It’s not another Cloverfield monster, but it is something big and monstrous. It’s also, due to the reliance of CG and big action sequences that requires much coincidence to occur, the weakest part of the film. It’s not horrible and didn’t ruin the movie for me. But it is the weakest part.

So how does it connect with Cloverfield? Well, there may be a link between the…things that show up in the latter portion of this film and the big monster that was captured on a shaky camera in the original, but no connections are really explained. A little online research tells me that the real connection has to do with the profession of Goodman’s Howard (a satellite transmission engineer for a corporation called Tagruato) and the job the lead in CLOVERFIELD (Michael Stahl-David) is leaving NY to do (which again is tied to the company Tagruato). Both characters have professions tying themselves to the same company; one with off shore drilling that may have been the root of the original monster, the other designing satellites which may be tied with the monsters in 10 CLOVERFIELD LANE. So while the film isn’t exactly tied with the original, it seems to be occurring in the same universe. No matter what the theory is or how deep the connections are, 10 CLOVERFIELD LANE is a tense thriller that has more going for it than against it—first and foremost a riveting and commanding role for the always amazing John Goodman. 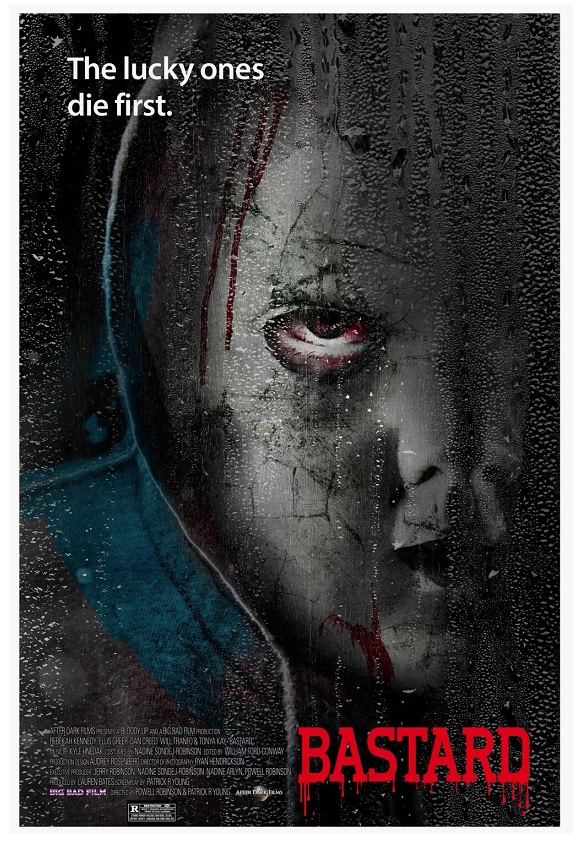