#17 - DER BUNKER - #17
Why is DER BUNKER #17? Absurist horror is hit or miss with me. I loved THE GREASY STRANGLER (but it isn’t going to be on this list because it wasn’t released until this October, so it might be in next year’s list), but was really unfazed with RUBBER. I guess it depends on whether or not that type of absurdity is interesting to you. DER BUNKER is my kind of absurd. With strong themes of family, education, belief, and even society, DER BUNKER has a lot to say, but it is also creepy as hell. And while most of the film is some kind of whacked out creepy comedy, but the ending is brutal and bloody, which makes it all about the horror. You can find it on Amazon here. Here’s my review of DER BUNKER from September 16th! 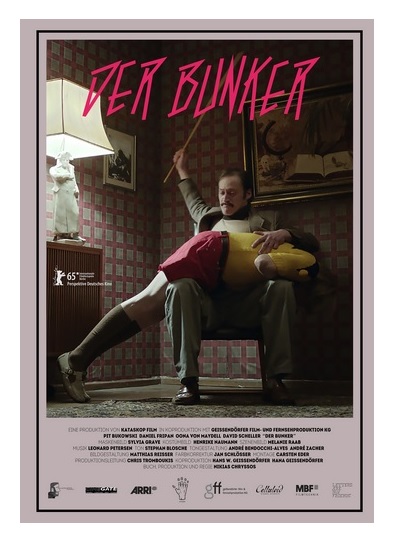 New on BluRay/DVD from Artsploitation Films!

Nikias Chryssos, who directed the rather straight-forward and rock solid actioner TOWER BLOCK (reviewed here), goes into the realm of absurdity with DER BUNKER. This is a film that seems to be riding a wave of oddity and eccentricity along with films like RUBBER, DOGTOOTH, THE TAINT, and the upcoming king of oddball cinema THE GREASY STRANGLER. 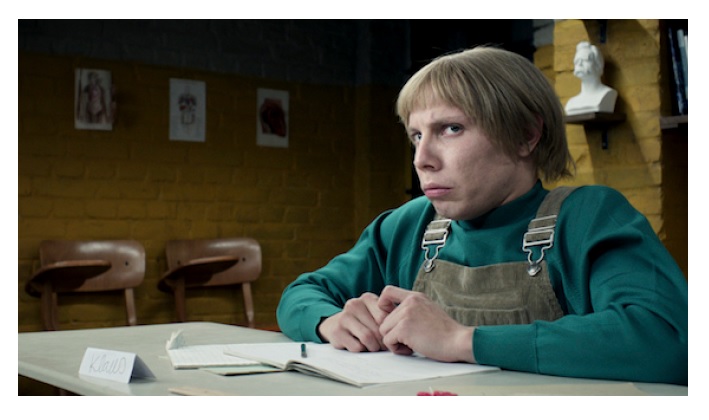 When a weary nameless traveler referred to as The Student (Pit Bukowski from last year’s unforgettable DER SAMURAI) shows up at an underground residence in the middle of the woods, the seemingly normal family politely takes him in and gives him a room in order for him to work on his studies. But once he is all set up in the room, he is introduced to Klaus (Daniel Fripan), an simple adult who is treated like a young boy by Mother (Oona von Maydell) and Father (David Scheller). The Student is soon convinced, or more accurately blackmailed into teaching Klaus as Father’s supervised studies do not seem to be working. Klaus is destined to become the President according to his eccentric family, but his remedial marks in school indicate he is not as bright as his parents believe.While Father cleans the house and wears an apron while spouting his qualifications as both a comedian and an award winning scientist and Mother speaks to a spirit in the walls while breastfeeding Klaus before bedtime, The Student is finding it increasingly difficult to get his own work done as he tries to educate Klaus about the world.

DER BUNKER is an odd bird of a film, but once you get past the weird peculiarities of the four members of the cast, it becomes a fable of sorts about unrealistic expectations of family, the state of education, the frustrations of the educator, the distinction of the educated bs the uneducated, and sheer perversity of the typical family unit. Sure there are odd moments such as the Student’s method of drawing scribbles and finding the deepest of meanings in them or Father’s joke night where he dons clown makeup and reads a joke to the family, only to explain it in great detail afterwards or Mother’s disgusting open wound on her leg that seems to be the source of the voice she has heard since adolescence, or even Klaus’ bizarre choice in clothing and little hats. But apart from that there is a heartwarming tale of a friendship made between the Student and Klaus, as well as a powerful message about education and everything that is wrong with it. Decorating these themes with weirdness, DER BUNKER is a sort of odd little Christmas tree with all sorts of meaning beyond the strange baubles and gaudy tinsel. 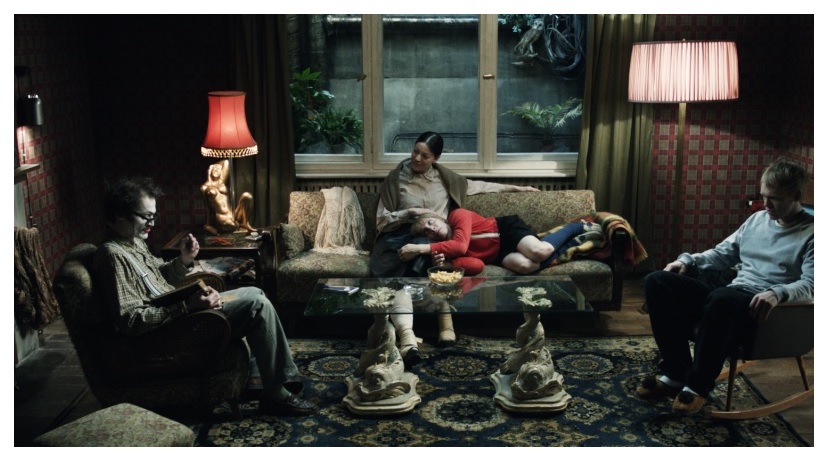 Pit Bukowski is a force to b reckoned with and I can’t wait until he breaks through as an international star. His memorable performance as the titular character in DER SAMURAI showed he has the fortitude to deliver shocks, but here he gives a more reserved performance as the Student that is just as powerful. The entire cast is brilliant. Oona von Maydell is plainly beautiful, yet seductive and menacing all at once. David Scheller’s delivers a complex performance as a man who is basically demasculined by his wife and the appearance of the Student. And the simple oddity that is Daniel Fripan steals every scene he is in as the not so little Klaus. Fripan is a child in a man’s body and while this could have been an opportunity to play this role for laughs, he instead mimics the movements in his hands, posture, and phonetic delivery that makes you forget he is a man and believe he is actually 8 years old as he says.

Things get extremely dark by the end of this one and if a grown ass man being treated as a child doesn’t disturb you, the bleak and bloody final moments most likely will. Things get extremely stylish towards the end with fantastic lighting, bizarre twists, and breathtaking beauty to all of that madness unfolding. DER BUNKER is another indie gem that I felt enveloped by while watching. 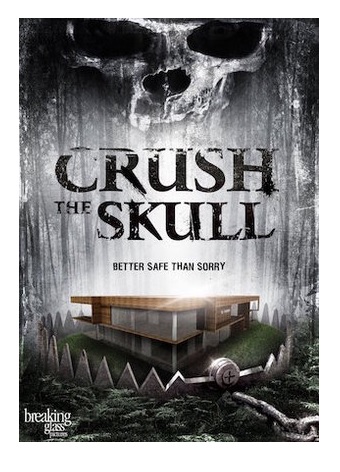 Worth noting: CRUSH THE SKULL!
Another film revolving around a bunker and some devious business is the horror comedy CRUSH THE SKULL. It’s a fun film about a cadre of crooks trying to break into an impenetrable house. Once they’re in though, they can’t get out and the horrors inside are much more than they expected. This is one hell of a fun film with some great comedic moments and a mighty wicked streak running all the way through it. Check out my full review of the film here. You can find it here on iTunes and Amazon here!