#18 – HUSH - #18
Why is HUSH #18? One of the best slasher films of the year boils away all the fat and simply tells a simple cat and mouse tale. A lot of folks seem to question the “why’s” of this film. Why does he take off his mask? Why does he choose this woman to stalk? Why doesn’t he simply kill her instead of play with her? The ambiguity helps add to the danger for me and the intensity of the chase between Maddie and this stalker that unfolds amazingly through the latter half. There’s a lot to love about HUSH. You can find it on Netflix here. Here’s my review of HUSH from September 23rd! 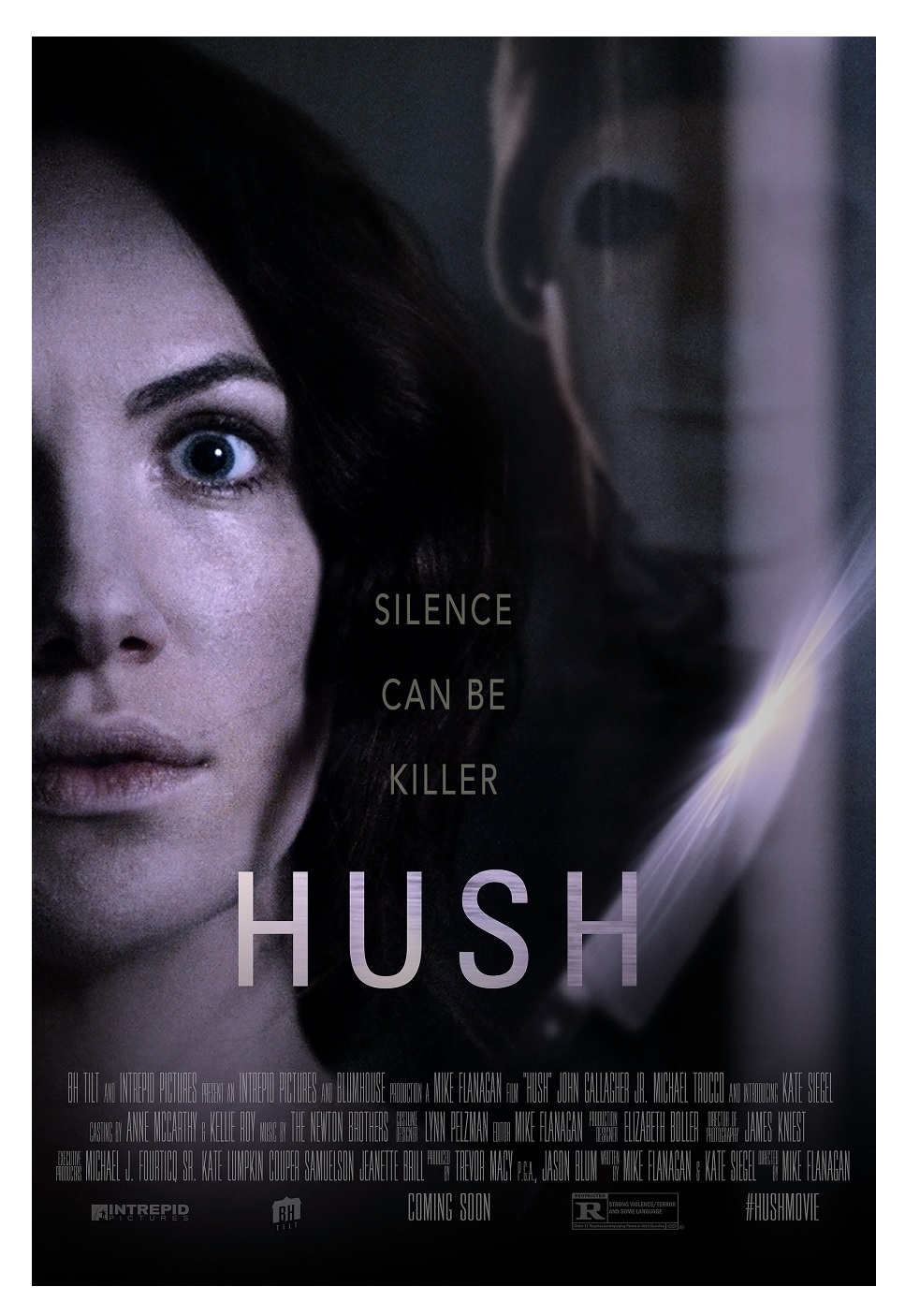 Mike Flanagan first made waves with the simple, yet effective short OCCULUS: THE MAN WITH THE PLAN (reviewed here), which lead to a big budget version of the film from the director. Now, Flanagan goes back to his simple roots and offers up one of the most perfect stalk and slash films you’re bound to see this year with HUSH. 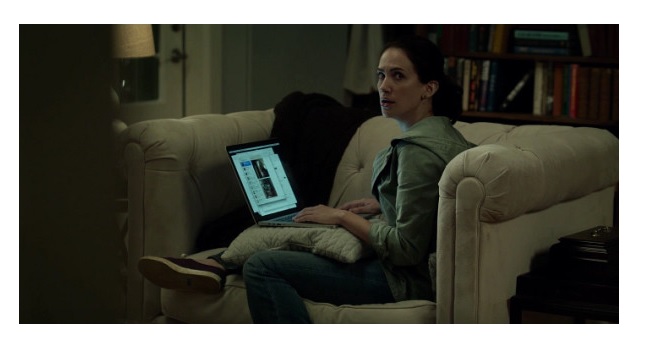 Kate Siegel plays Maddie, a deaf but independent writer who lives in a cabin in the middle of the woods (always a bad place to be in horror movies), who is struggling to complete her latest novel. While debating which of her many endings she has written up to use, a masked stalker (played by John Gallagher Jr. from 10 CLOVERFIELD LANE) decides it’s prime time to play fucked up mind games with her—toying with her and threatening to kill her, seemingly just for the sport. Now Maddie must use her wit, gumption, and noggin to out smart the assailant outside, despite her handicap.

What is most impressive about HUSH is its simplicity. In he opening moments, much like HALLOWEEN, we are privy to an assailant outside of Maddie’s home before she is. There are more than one scenes where the stalker is standing right outside of the window in the background while Maddie is going about her nightly chores without a clue death is lingering a window pane away. It’s not suggestion that Hollywood, which really seems to lack any creative bones in its body, is rumored to have hired Flanagan to remake and revitalize the HALLOWEEN series with a back to basics approach as HUSH really does have that perfectly paranoid feel that encapsulated the original HALLOWEEN. I am not criticizing Flanagan for this—I’m actually glad the talented filmmaker might have the opportunity to give his take on Michael Myers and given this film, he has it in him to do the franchise justice. My problem is that how literal HUSH is in it opening moments in comparison to the original HALLOWEEN as Flanagan really does know how to hide the threat in the background in the very same way Carpenter did in the series that made him a haunted household name. 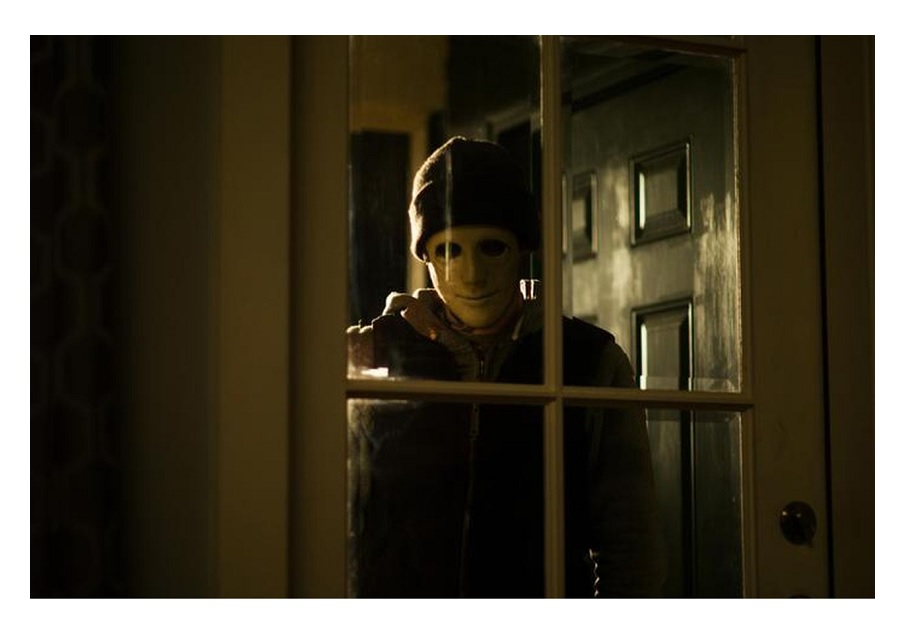 But while HALLOWEEN continues to tell the tale of a faceless murderer stalking an unsuspecting babysitter, HUSH deviates from the mold by having the killer unmask early in the film. While this kind of kills some of the scariness going on as the emotionless mask is quite disturbing, it takes the danger to a much more dire level as the victim has now seen the killer’s face and he simply can’t leave her alive now. This leads to one of the best cat and mouse sequences you’re bound to see. Sure, the killer can break in any time, but the killer here is playing with his victim and the danger that Maddie is but a window pane away from the killer makes every scene in this seemingly glass house all the more terrifying and threatening. Watching Maddie go through one plan after another to escape is maddening as the killer seems to be able to be one step ahead of her the entire time. Flanagan orchestrates this terrifying Tom and Jerry cartoon with finesse most filmmakers simply are unable to fathom, leading to a climax that truly will make you occupy the seat’s edge.

On top of all of the fun tension and danger buildup, I loved the writer’s aspect of this film. Movies focusing on writers always interest me being a writer myself. Seeing how the writer’s mind works is always something of great interest to me and Flanagan exemplifies one of the most important characteristics of the writer and makes it crucial to the plot itself. This understanding of how the creative mind works and ability to articulate it within the story in such a seamless and meaningful fashion makes HUSH doubly impressive. HUSH is a film that excels in tension, terror, chills, thrills, and finally smarts in terms of how a writer seems the world and opposition. Maddie is one of the strongest female characters you’re bound to find in horror this year. I can’t recommend HUSH more to those who appreciate the stalk n’ slash genre as well as those who are a sucker for insight on the creative process. HUSH is a smart, captivating, and downright excellent little film no one should miss and if this film is any indication, the HALLOWEEN franchise is in good hands. 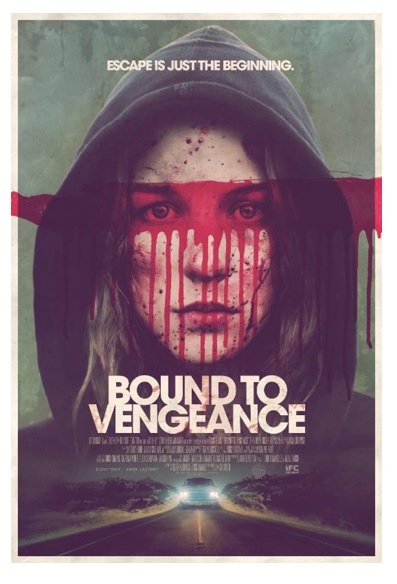 Worth noting: BOUND TO VENGEANCE!
Another film which shreds away all the excess and simply relies on the good parts is BOUND TO VENGEANCE, a rape/revenge movie that thankfully doesn’t seem to want to relish in the rape itself. In fact, the whole dastardly act is done off screen and instead, this is a film that oozes vengeance from every scene. The lead is fantastic and the story is a turbo-powered freight train of revenge. This is how you make a resonant film about a brutal act without celebrating the act itself. Check out my full review of the film here. You can find it here on iTunes, Netflix here, and Amazon here!

Find more AICN HORROR including an archive of previous columns on AICN HORROR’s Facebook page!
Finally, if the test is covering the images, refresh the screen and that sould do the trick!
Follow aicn
Readers Talkback
comments powered by Disqus
Top Talkbacks
Trending