#26 – OVER YOUR DEAD BODY - #26
Why is OVER YOUR DEAD BODY #26? When Takashi Miike makes a ghost story, I pay attention, and you are going to have to as well to follow the complex and metatextual nightmare OVER YOUR DEAD BODY. There is imagery in this film that you will never forget and while the story does require you to give it your full attention, this feels like Miike really has something to say about the world of filmmaking, legends, folklore, relationships, and of course, creepy ghost babies. It might be a bit obtuse, but man is this a good lookin’ film. You can find it here on iTunes and Amazon here. Here’s my review of OVER YOUR DEAD BODY from January 8th! 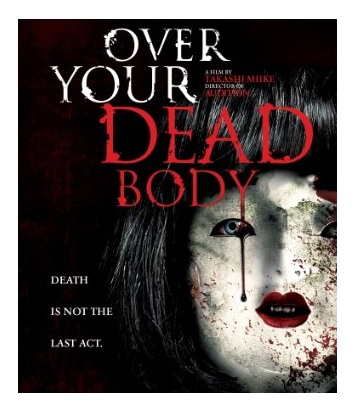 Life imitates art imitates life in Takashi Miike’s newest venture into the macabre, which I found to be stimulating on an artistic and narrative level. 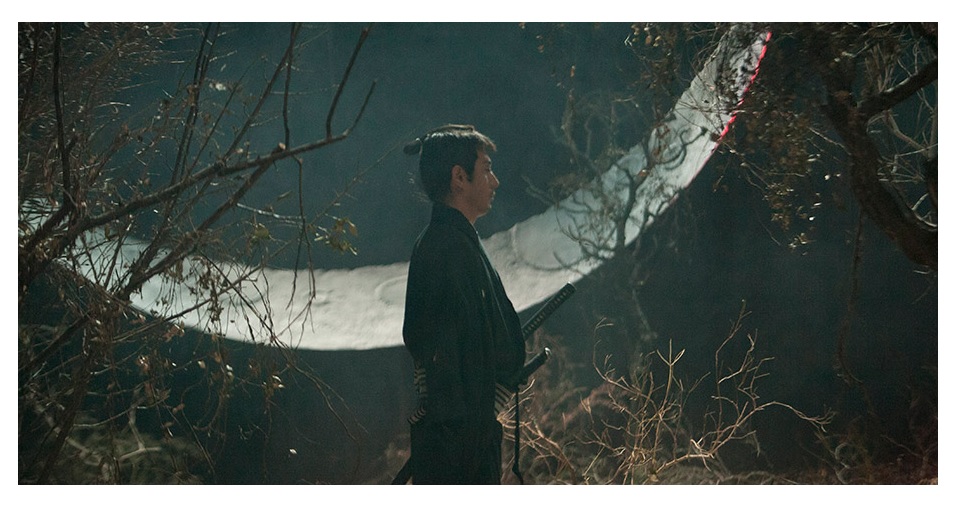 Ko Shibasaki plays Miyuki, an actress in a Kabuki play who gets her husband Kosuke (Ebizô Ichikawa) a role in the same play. In the play, Kosuke’s character begins to lose respect for Miyuki’s character after she has a child and becomes interested in the young daughter of a nobleman, played by a younger actress (Hitomi Katayama). In their lives outside of the play, Miyuki wants to get pregnant, but is having trouble doing so. When she realizes Kosuke is having an affair with the younger actress from the play, Miyuki begins having trouble separating from her role in the play and her role in her real life relationship. Things get somewhat supernatural, as the doll used as the baby in the play begins moving on its own, and wounds Miyuki inflicts upon herself begin to show up on the young actress. The lines between the play and real life begin to merge as Kosuke finds himself trapped in his role as well and unable to escape. Shit gets weird.

While it’s not as straightforward terrifying as AUDITION or as bug nutz as GOZU or THE HAPPINESS OF THE KATAKURIS, OVER YOUR DEAD BODY is a complex exploration of relationships that sort of over-complicates itself by flipping locales between the real world of the film and the play the characters are acting in. It’s not a difficult film to follow, but it doesn’t explain all that is going on and may lose those who take things more on a literal level. The overall tone of the film reminds me most of David Lynch’s films as everyone spoke slowly, zombie-like, as if in some kind of dream-like trance and limply acting out the dialog. I teetered on being bored with this film during these listless lines, but thankfully Miike keeps things moving by switching locales, which in the end might have been the saving grace of what would have otherwise been a pretty boring cautionary tale against infidelity. 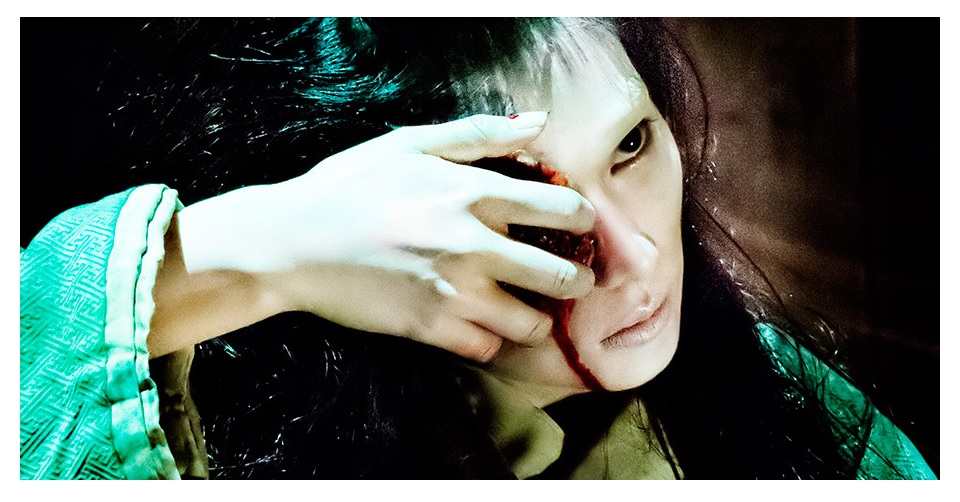 What stood out the most for me was the set design of the Kabuki play within the movie. Set on a rotating stage, the play is supervised by rows of shadowed desks filled with directors and overseers. While not much is said by this shadow cabinet of onlookers, they most definitely are pulling the strings and are people of power here, and the way Miike represents them, cast against the vivid and ornate backdrops of the play, is utterly chilling.

This being a MIike film, there’s also quite a bit of the standard gory and chilling imagery. While some, like the long black-haired pale GRUDGE-like woman Miyuki, has become standard what has come to be called J-horror, there are also some much more visceral and nauseating terrors to behold, which actually proved to be effective in intensifying my nightmares, thankyewverymuch Mr. Miike. With OVER YOUR DEAD BODY, Miike definitely adds to the beautiful yet terrifying imagery he has compiled in films such as ICHI THE KILLER, GOZU, and AUDITION.

While the first part of OVER YOUR DEAD BODY very much reads as melodrama, Miike makes up for it in the last 30 minutes as things get ghostly, creepy, and very, very bloody. The late in the game twist really shook me, and most likely will do the same for you if you are patient and willing to stick with this one. The droning dialog and flipping realities may be too much for some to take, but those with an appreciation for creative narratives and artistic symbology definitely have a lot to chew on here.

OVER YOUR DEAD BODY is not Miike’s best, but it again shows us that he is a versatile and unique director like few others who isn’t afraid to take the viewer into the realms of uncomfortable, the unusual, and the grotesque. Here he seems to be making a statement about relationships, self-fulfilling prophesies, and revenge. Pretty simple concepts, but in Miike’s hands, it becomes the fodder for nightmares not long forgotten. OVER YOUR DEAD BODY is artsy horror, but delivers riveting moments and terrifying and beautiful visuals. 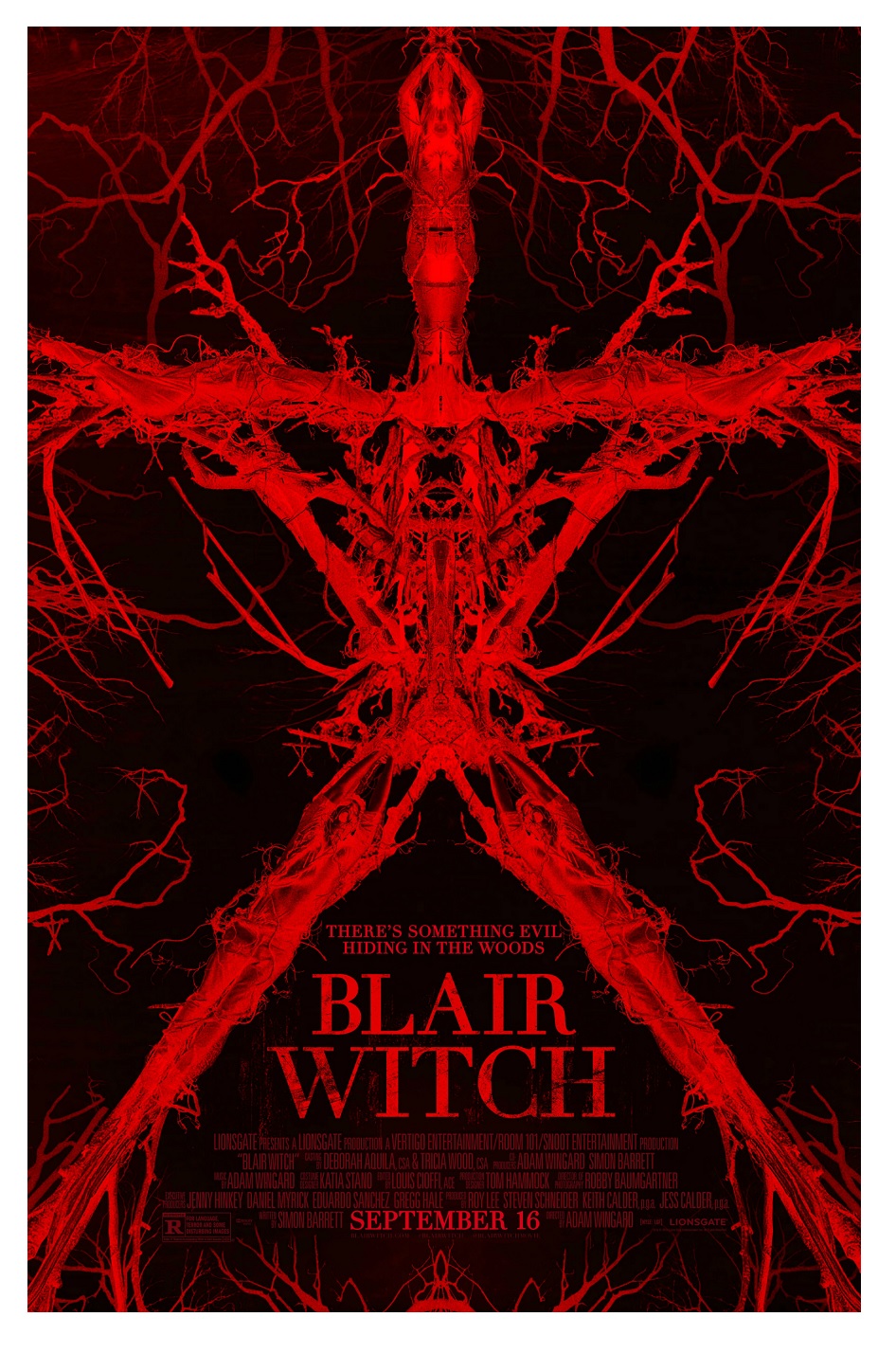 Worth noting: BLAIR WITCH!
Just missing the countdown this year was the noble effort by Adam Wingard and Simon Barrett to revitalize the BLAIR WITCH franchise. For the most part, they did what the first BLAIR WITCH failed to do in delivering a basic template of the original in a slightly broader and more bombastic fashion. The problem is that the leads just weren’t compelling enough for me to care. The ending is intense, but I can pick the exact elements that were scary in the finale at the house from other better films from the last 10 years and just because they are done well doesn’t make up for the fact that films like THE DESCENT, [REC], and CRAWL OR DIE didn’t do it all before and better. Still, it made it to theaters which is less than what can be said for many in the countdown, so there’s that. If this one worked for you, that’s cool. It just felt too familiar and less engaging for me. Check out my full review of the film here. You might be able to still see this one in theaters if you hurry!