#27 – SUMMER CAMP - #27
Why is SUMMER CAMP #27? Because, every now and then a film comes out of nowhere and impresses the hell out of you. SUMMER CAMP is one of those films as it is smarter than it should be, taking conventions in the cabin in the woods subgenre and flipping them ass-upwards. More than once I laughed out loud at how clever this film is and if you’re a fan of films like CABIN IN THE WOODS, CABIN FEVER, and FRIDAY THE 13TH style films, this is going to be a must see. You can find it here on iTunes and Amazon here. Here’s my review of SUMMER CAMP from August 12th! 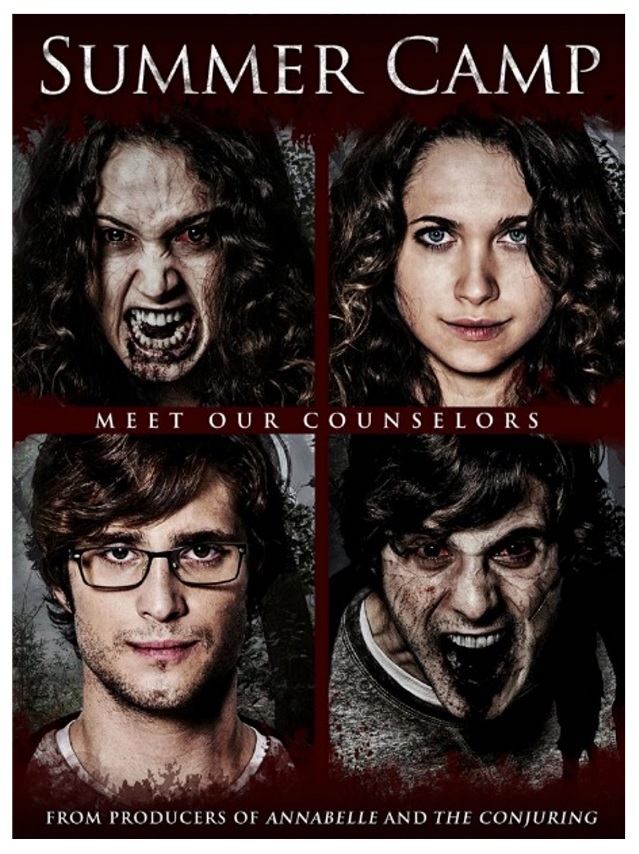 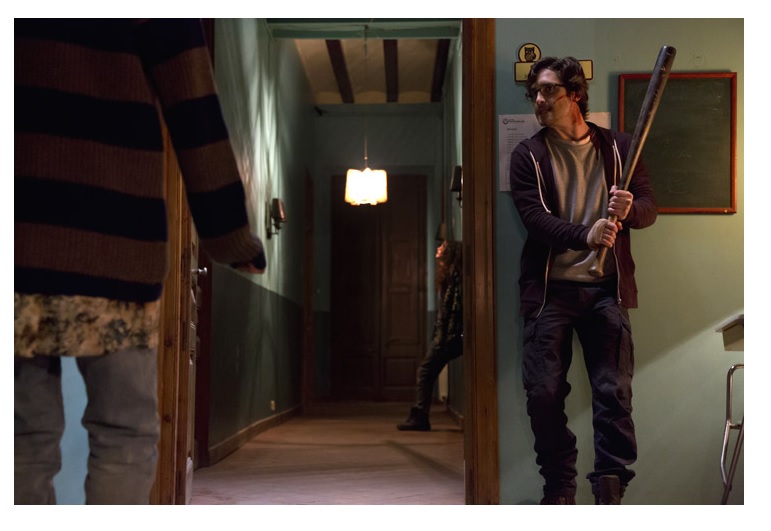 The biggest surprise of the week for me was discovering SUMMER CAMP from filmmakers Alberto Marini and Schleif. While the premise of having a group of camp counselors encountering a virus in the middle of the woods is something we have seen plenty of (specifically in the CABIN FEVER series and remake), the addition of a smart script and fantastic actors make this one of the most entertaining films of this kind I’ve seen in ages.

The film is set in Mexico, as a quartet of counselors are setting up a summer camp for underprivileged youth and learning to work with one another in the process. The small group of counselors are comprised of douchey opportunist Antonio (Andrés Velencoso), bespectacled good guy Will (SCREAM QUEENS’ Diego Boneta), spunky outdoorsy gal Michelle (THE VAMPIRE DIARIES’ Maiara Walsh), and princess out of her element Christy (HOUSE OF THE DEVIL’s Jocelin Donahue) who are stuck together on this trip and forced to learn to trust one another so that they can take care of the ornery kids. Activities are planned and the grounds are explored, but what the group didn’t account for were the locals who seem to want them to leave immediately and an outbreak that turns people into mindless cannibal monsters. The catch is that this only last for short periods of time, so while one of the counselors is infected and chasing two others, at any minute, the infected could return to normal and one of those running from the monsters could become one him or herself. 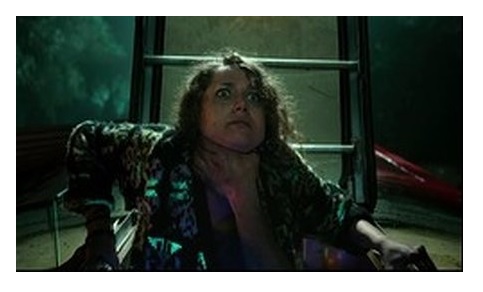 This is a film about trusting others and it’s a clever one at that. The film opens with the counselors playing a trust game in order to build teamwork. One person is blindfolded and the other is supposed to guide the person through the woods with audible cues. This is supposed to build a good working environment where one has to rely on teammates in order to achieve a goal. When people start getting infected, once again, a game of trust is played, it’s just that this time, the stakes are much, much direr. It’s this type of cleverness that sprouts up all through SUMMER CAMP, making the familiar unfamiliar and fun as these counselors rotate in who is the pursued and the pursuer as the virus is passed between them. It’s this game of tag that had me engrossed in this unconventional way of making the old “virus infected person on the loose” story feel fresh and new.

The cast here are absolutely lovable as all of them have a myriad of flaws and attributes. Standing out is Jocelin Donahue who once again offers up a great genre performance as Christy, who could be your typical vain bitch role, but the way she plays this role and the way she functions in the narrative is really strong. Maiara Walsh is also awesome as the more compassionate of the gals, and again, this role matters greatly in the way things work out. Using the behaviors shown in the beginning of the film during the trust games, the film smartly revisits later when the stakes are higher. This is a level of storytelling sophistication you don’t normally see enough of in horror and one I appreciated immensely. 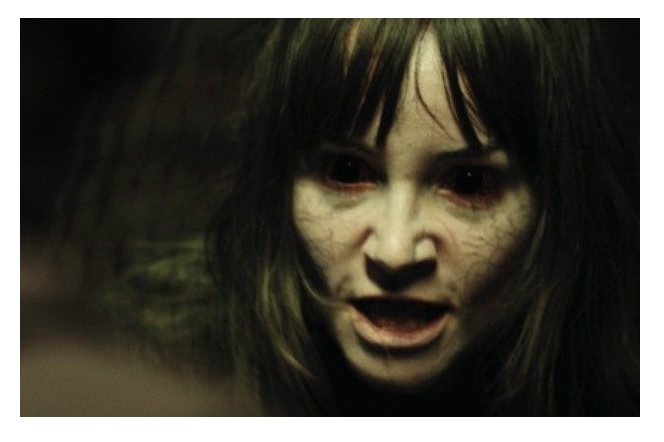 I also loved the dark comedy at play throughout this film. In one scene, two uninfecteds are hiding in two different places. When one of their cell phones ring, it is thrown away in order not to alert their infected pursuer only to land inches away from the other hiding uninfected. This play on space and comedic timing are excellent here and makes for one of the more rambunctious and unpredictable rollercoasters I’ve experienced recently.

Just when you thought it was predictable to see a summer camp horror film, SUMMER CAMP comes along with tons of laughs, shocks, twists, and gore. It’s a film like many you’ve seen before but done in a way you haven’t. Highly recommended. 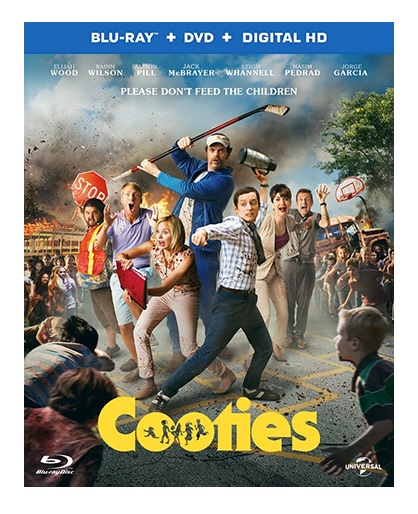 Worth noting: COOTIES!
Another film about counselors, kids, and monsters in between is COOTIES, a zom com featuring some extremely talented comedians (Rainn Wilson, Alison Pill, Jack McBrayer, Leigh Whannell, Nasim Pedrad, Jorge Garcia) and Elijah Wood who since SIN CITY and MANIAC has shown a fantastic talent for producing and creating unique and fun horror (see the upcoming THE GREASY STRANGLER, BTW). COOTIES kind of blows its was early, but it does have a morbid tone throughout and some laugh out loud moments (many of which are ruined in the trailer, unfortunately). Still, if you’re looking for zombies and laughs, COOTIES is one of the better combinations of both. Check out my full review of the film here. You can find it here on iTunes and Amazon here!