#28 – EMELIE - #28
Why is EMELIE #28? Because it drills right into a specific fear many people are faced with every day; leaving their children in the hands of strangers. Now, I don’t have any kids myself, but this film still worked due to an amazing performance by Sarah Bolger as the absolute worst babysitter ever put to film. While the movie gets a bit wonky towards the end, this one has enough unnerving moments to make anyone with little ones in their life cringe. You can find it here on iTunes and Amazon here. Here’s my review of EMELIE from May 6th! 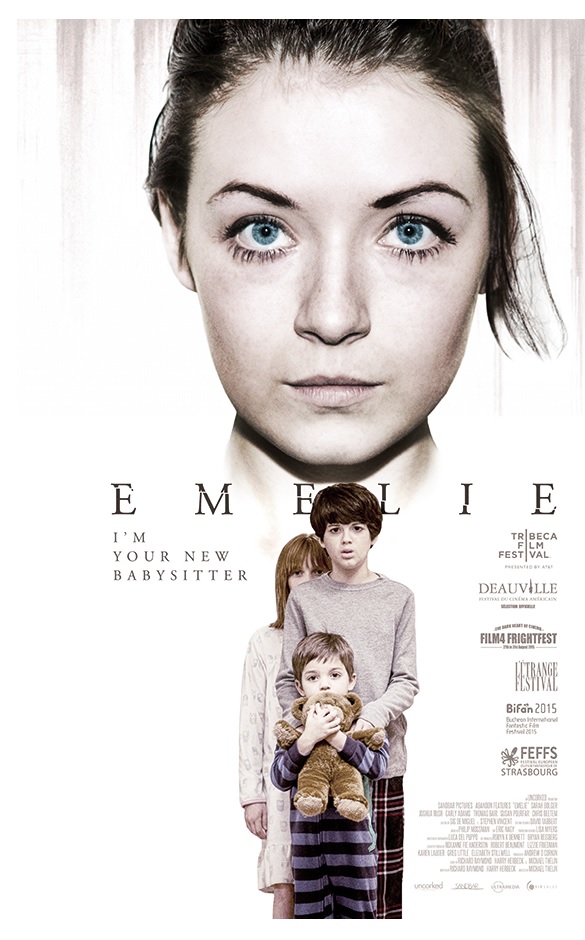 A few narrative missteps keep EMELIE from being an absolutely perfect thriller, but even with those stumbles, it’s a damn fine piece of squirm-inducing cinema! 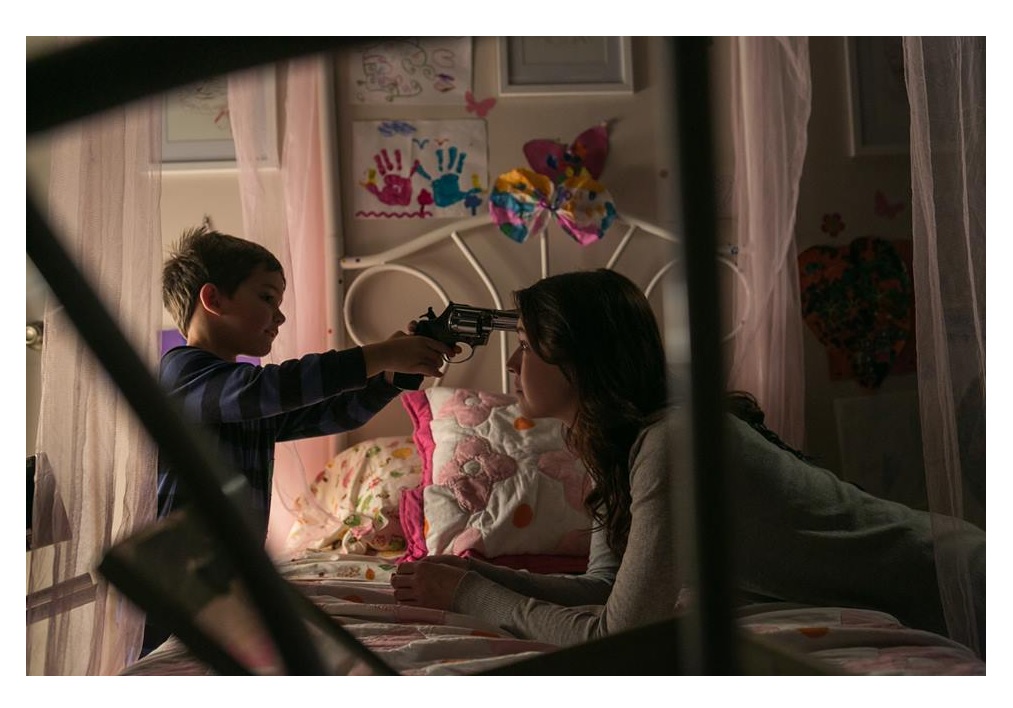 Emelie (THE MOTH DIARIES’ Sarah Bolger) seems to be a perfectly nice and competent babysitter, but as soon as parents Dan and Joyce Thompson (Chris Beetem and Susan Pourfar) leave their three kids (Jacob - Joshua Rush, Sally - Carly Adams, and little Christopher - Thomas Bair) alone with her, it’s quite obvious that this innocent waif is not what she seems, and as the Thompsons have an enjoyable anniversary dinner it becomes apparent that the well-being of the children is the furthest thing from Emelie’s intentions.

Despite a few logical stumbles, I loved this film. Sarah Bolger is amazing as the worst babysitter you could ever imagine, putting the children on the frontline of danger as well as having devious intentions for them. Seeing Emelie take great pleasure in seeing the children acting out, doing things they shouldn’t, and abusing them in cringe-worthy ways is something that will definitely cause unease in those with or without children. EMELIE goes there in terms of pushing the taboo subject matter in the abuse Emelie unleashes upon the young children in her care. And while the scenes where one of the kid’s pets is given to another pet to eat is something that made me squirm beyond belief, I have to give this film credit for going to places that most are afraid to dare. The videotape scene alone is enough to unsettle most folks, but the fact that Emelie seems to get off on psychologically torturing those she is looking after makes the film ballsy enough to surprise me at how ballsy the film truly is.

***SPOILER ***Still, there are huge holes in EMELIE as she doles out some sleep-inducing drugs to the children late in the game in order to fulfill her devious goals. Aside from making things interesting to fulfill the feature length runtime, there is no reason why Emelie wouldn’t have drugged the children immediately in order to attain her evil goal. Having her drug the children in the final act just makes it more evident that this is a film needing a final act hurdle rather than sustaining the suspension of disbelief of the action in the film that these characters would act in more logical ways. I understand why the filmmakers decided to do this, but within the logic of the movie, it would have been much easier for our evil babysitter to do this immediately instead of time it so that it ramps up the tension while the parents are on their way home. As is, within the movie Emelie seems to enjoy tormenting the kids a little bit too much and gets sidetracked from her real motivation.***END SPOILER***

But despite this one flaw, this is a damn suspenseful, completely unnerving, and totally wicked little film that I loved quite a bit. Sarah Bolger delivers a star-making turn as the evil nanny and the child actors are actually really good, as director Michael Thelin really gets some realistic performances out of them. EMELIE goes to dark places, and you’re definitely going to be made to feel uncomfortable in a scene or two as this babysitter makes you never want to leave your kids with anyone ever again. I’m willing to look past some of the late in the game decisions of the film due to the quality of the performances and the sheer size of balls this film has. EMELIE is a film I definitely recommend to lovers of tense, wicked, real life horror. 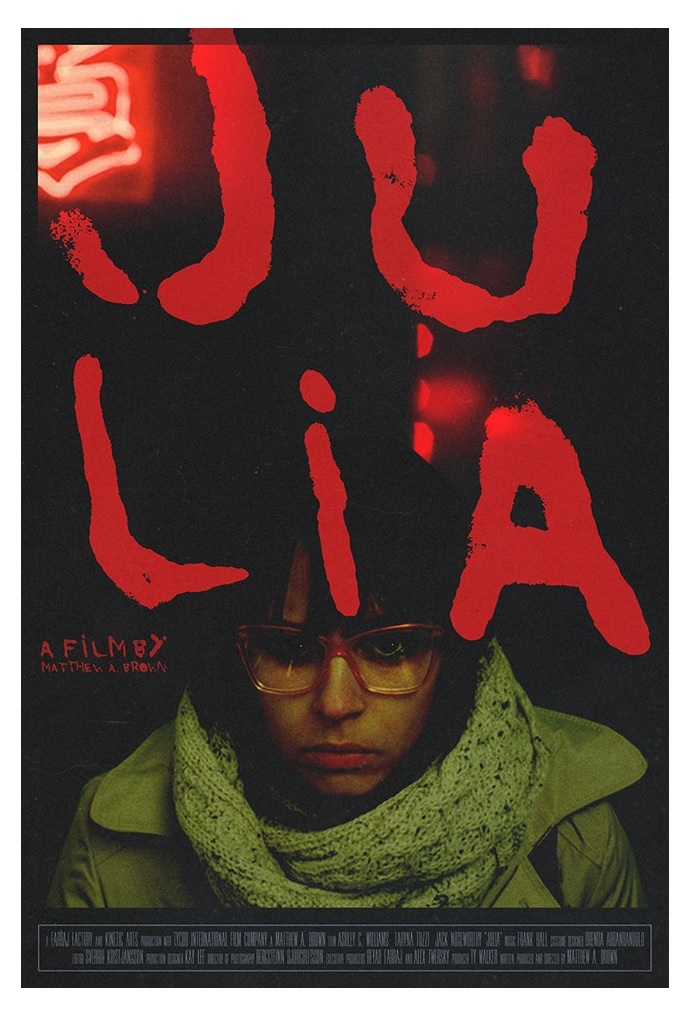 Worth noting: JULIA!
Fans of films like STARRY EYES and THE NEON DEMON will recognize the premise of JULIA, as this film deals with the title character being taken advantage of after attempting to live life in the big city. But while those two films go into some trippy and surreal areas, JULIA keeps things more ground level with a simpler assault/revenge theme. This is a brutal, but powerful film empowering the victim through intense gore and indomitable will. This is a film for the brave ones and those who wince at intense violence should move on. Check out my full review of the film here You can find it here on iTunes and Amazon here!