Ahoy, squirts! Quint here. One of the big bits of info to come out of the Justice League set visit I was on last Friday was getting confirmation of Willem Dafoe's involvement in the film and specifically who he's playing. 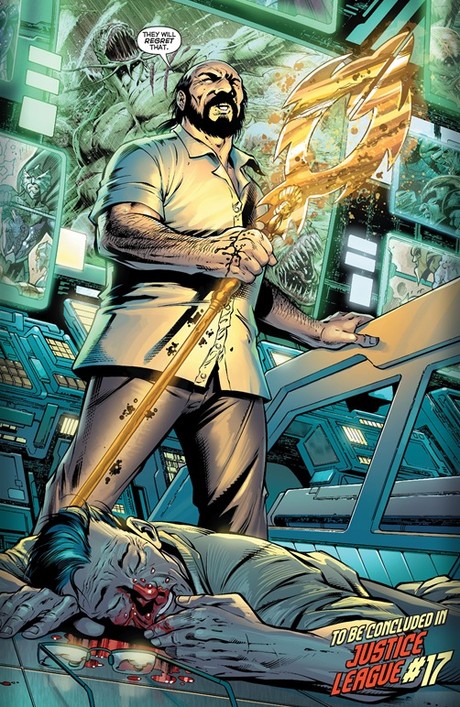 Dafoe will be playing an Atlantean named Vulko. Vulko has been a constant in the DC Universe since the late '60s and while his role has changed over the years (from mentor to traitor to King) he's always been some kind of authority figure.

In the comics he's been drawn as balding and stocky or as a crazy-haired old man, but I can tell you that the art I saw of Dafoe in costume was very regal. He had long flowing silver hair and definitely represented the older guard of Atlantis, but didn't look feeble in the slightest. Aquaman's armor was bright gold and Vulko's was more intricate and worn. Not to say he's looking shabby, but you could see the ages he's lived reflected in his armor. Algae was growing on it, it had quite a bit of scarring from various battles, etc.

I don't know how big of a role Vulko plays in the story (I'm betting not very big, based on what I saw), but I can say you'll definitely be seeing him underwater looking cool as hell.