Hello ladies and gentlemen, your pal Muldoon here with this edition of MEET THE CREW. In case you missed the last two articles, MEET THE CREW is just a fun relaxed Q&A with folks in the industry, people who might not necessarily get pushed your way come press tour time. Again, I absolutely love reading interviews with directors and actors, truly, but I know there are all sorts of hardworking badasses behind the scenes who have their own interesting stories and experiences - I want to hear them. I love movies and everything that goes into getting them from an idea in someone's head to something *almost* tangible. The fact that we're able to see dinosaurs interacting with humans (Yes, I just watched the Jurassic World spot 7 time in a row) or watch Bigfoot throw college kids around a forest or a ghost monster disappear right before our very eyes... that's just pure magic. It's the magicians who have to help the director get that vision on screen that absolutely fascinates me to no end. This week we've got an incredibly talented individual who's worked on a number of fun films, Seamus Tierney. Yep, this week we're chatting with another DP and while I don't expect to have another DP on for a few months at least (Let's mix it up!), it's still interesting to see how not all Directors of Photography (Cinematographers) are the same. Just like directors, they have their own skills, experiences, and ways of doing things - so I'm excited to see what Seamus has to say! Before I get any further, I would like to say "Thank You" to Seamus for giving us a little piece of his busy schedule to drop some knowledge on us all! Let's jump on in. 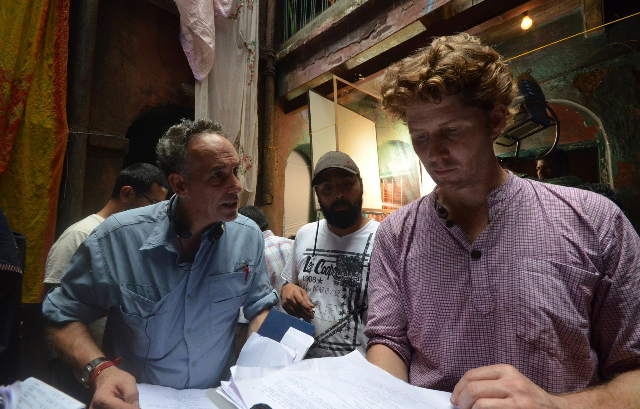 What are your notable credits?

What the hell do you do? What is your position and what are the responsibilities involved?

What do I do? Good question, sometimes I am not even sure what the hell I do. But if I had to stop and think about it I guess I am like the Chef running a kitchen. Managing 3 different departments that all have to work cohesively in order to make it through, the often grueling long days on set. Part alchemist, part diplomat, part artist. I’m a cinematographer.

So what’s the most enjoyable part of your job? The moment when you have to stop yourself and think "This is why I do what I do."

The most enjoyable part of my job is when things sort of all come together in a scene. When the camera and the action of the actors is in sync, seamlessly captured at just the right moment and I turn to the director and we both know that we got it.  The most mundane part of my work is dealing with gear in pre production, I am always just chomping at the bit to start shooting, there is nothing like being on set. But you need all the tools to pull off the film.

How did you come to being a Cinematographer? Rarely is someone handed a position straight off the street, you clearly worked your way to where you are – I’m just curious what that path was.

Yes getting to where I am now was not an easy road. I started off as an Gaffer/electrician and just bugged the hell out of every Cinematographer that I ever worked for. Picking there brains on how to light and why they were shooting the way they were. I had some great teachers and I worked my ass off. I used to work almost 7 days a week for years, taking as many jobs as I could. Then I started shooting shorts for NYU and Columbia University Grad students. I would take the money that I had earned as a gaffer and put into getting good cameras and lights for the shorts that I shot. I had some small measure of success with a few of the shorts and that got me into the Cinematography program at AFI. So I left NYC and headed out west to go to Grad school. Once I graduated I shot a lot of very small films making next to nothing until I got a break with a good script called Adam. it won some stuff at festivals and then better scripts started coming my way.

Did you have anyone in particular in your life who helped give you that “first break?” Are there any mentors who helped show you the ropes?

I was lucky to have a handful of mentors when I first started out. Gaffers that I worked for and DP’s that took the time to explain their approach and philosophy about filmmaking to me. I am grateful for the folks that pushed me so hard that I understood that you can never give up, even at the 14th hour when you can’t even keep your eyes open let alone construct a scene that the editor will be able to shape into a performance.

Is there any project in particular you are proud of? Like if you had to pick, what three films would you say you’re the most proud of and why?

I would say that I am proudest of the film that I did with my AFI alums "The Well". We had a very small crew and an even smaller budget but we made it work. We were a crew of about 12 people out in the desert making a small film that we all believed in. The other films that I am proud of are the films that I made with actor/director Josh Radnor. He is an amazing person and such a fun guy to make movies with. Also have to give a nod to Adam because that was kind of my breakout film. Again we made that for something like $750,000 and all I had was a handful of lights and very little time but it went on to much success.

Is there a shot/sequence/set that you can point to and say, “It’s that way because I was there and had it of been anyone else, it would have been different.” Not necessarily good or bad, but possibly something a lot of us movie fans would have seen and can find a little more appreciation out of.

Well there was a scene in a film that I shot called “In A World” that comes to mind. It is a scene that takes place between 2 of the main characters sitting in a Sauna. I had grand ideas for that scene, thinking wow this could be my, “Eastern Promises” sequence, however when the production designer came to me an told me: Séamus I can only afford to give you a one and 1/2 walled set, I was a bit heartbroken. We had to stick up fake tile in an old abandoned building that we were using as another location, box the whole thing in with grip gear and fill it with a fog machine. It was hot as hell, (which I guess was the point), and try to make it work. But the Director and I got creative and came up with 2 nice racking angles and lit it with one light right over the actors, and it turned out to be one of my favorite scenes in the film. That may be because the 2 actors are so good and Fred Melamed is so darn hairy and Ken Marino is so “on” in everything that he does, but I also think that its because we made something out of not a lot!!!!!

As you’re part of a giant team, what are things that help your department/position run more smoothly? Meaning, while staying on the positive, what are things you rely on in terms of making sure you’re covered and able to do your best?

The things that I rely upon most when making a film are the amazing folks that I have been lucky enough to surround myself with. I have made maybe 27 or 28 films at this point and I have found many good folks that I like to work with along the way. I have a great camera crew and a G&E team that understands the way that I like to work and that makes all the difference in the world. We approach every new film as a team of likeminded artist trying to make every film as good as it can be all while having a fun and fulfilling time doing this job that is at times stressful and challenging. I consider myself very, very luck to be doing this as a profession, I mean I can actually pay the rent doing what I love to do, wow…

What's your all-time best experience working on a film? And did it deliver a great film?

I think the best experience that I had making a film was on a film that I did with Josh Radnor called, Liberal Arts. We shot the film at Kenyon collage, which was actually the collage that Josh’s attended. It was summer time in Ohio and we had the whole campus to ourselves. The whole crew lived on the campus and we would have cookouts every night float down the river that ran through the campus after a hard days work and just enjoy the experience of making a great film together. We had an amazing crew and cast and everyone just had a blast, will not soon forget that on…

What's your best war story from the filmmaking trenches?

Best War Story: Not sure if I am allowed to tell this story.

So I started out in the lighting department working as a gaffer in New York I did a film called “Black and White” directed by James Toback. The film was almost entierly ad-libbed which made for some pretty interesting days on set. Also members go the WuTang Clan were part of our cast so it was a crazy mix of characters. Mike Tyson and Robert Downy Jr had a few very intense scene together, one in particular was Downy Jr hitting on Mike and he lashed out and slapped Robert, it was a tense moment but Downy took it in stride and kept the scene going.

If you didn’t have the position you do now and you did not work in film, what could you see yourself doing for a living?

If I didn’t work as a filmmaker I think that I would be a Smoke Jumper, those folks who jump out of airplanes to fight forest fires equipped with only a chainsaw and a wet hanky. Yep that’s what I would do.

To wrap this puppy up, what are some of your more recent projects or projects you might currently be working on (if you can say)? 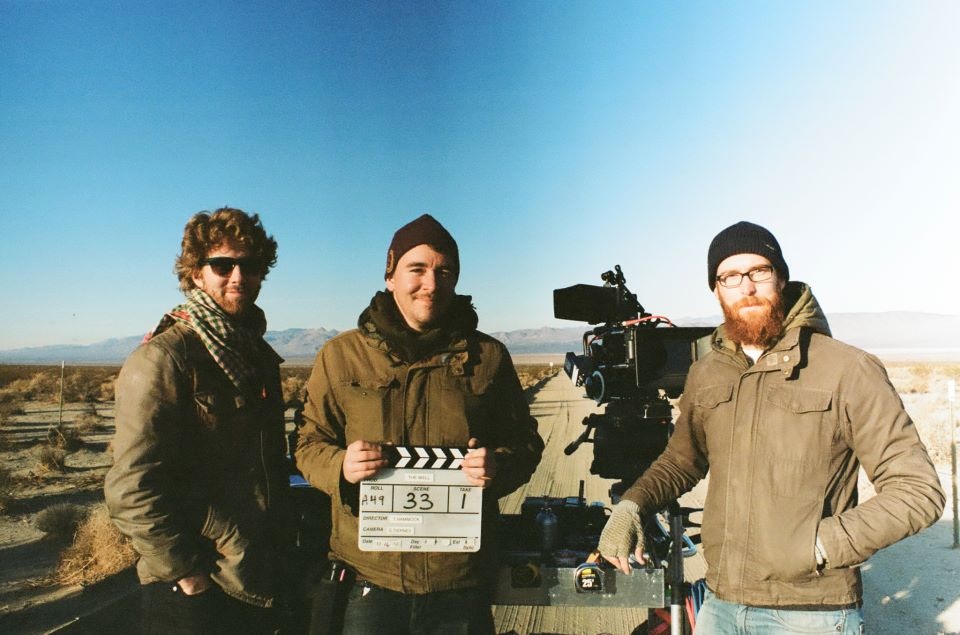 Okay folks, that's it for this edition of MEET THE CREW, the column where you get to hear from folks who help build these crazy worlds we all know and love. I'll catch you all later with another interesting perspective straight from the set. Special thanks again to Seamus for his time!

If you work in production, in any aspect (truly!) and would be cool enough to give us film fans a glimpse into the innerworkings of your world, please shoot me an email at Mike@aintitcool with the subject line: "MTC - (Your Name) - (Your Position)"

This column is new and while I'd love it to be an "every Sunday" kind of thing, I have to wait and see first if it should only remain a "first Sunday of every month" kind of thing. Hopefully you ladies and gents got a kick out of today's chat. I'll see you fine folks later. (Now go out and make something awesome!) Be sure to check out past articles: