Sony pulls THE INTERVIEW from release!! 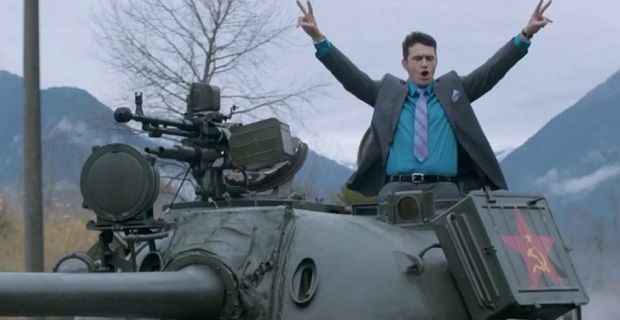 Well, that's how this went down.

First smaller theater chains like Landmark and Arclight decided not to show the film, then the big dogs like AMC and Regal followed suit, and now Sony has decided to just pull THE INTERVIEW from release while they figure out what to do with it. Word is they're looking into VOD options and possibly a delayed release, but what's certain is you won't be seeing THE INTERVIEW playing at the local multiplex this holiday season.

It should be noted that Homeland Security said that there was "no credible threat" from the hackers beyond the allusions to possible bombings that we've all read.

So…did the terrorists win? Is theatrical exhibition on its way out? Are Rogen and Goldberg the most culturally important filmmakers of our time?? Chime in below.