Exciting news on the new Texas Chainsaw Massacre film! The new entry into the series is said to be a prequel to the original, detailing the horrors that Leatherface inflicted before the events of Tobe Hooper’s 1974 film transpired. And while fans might be lukewarm about that prospect, this latest news from Bloody Disgusting casts the project in a whole new light. They have confirmed directors for the project, and this announcement is a damn good reason to be excited.

Julien Maury and Alexandre Bustillo, the crazed, demented maniacs who helmed the French terrorfest INSIDE, as well as the upcoming LIVIDE, have signed on to direct LEATHERFACE.

Say what you want about a film based around a teenage Leatherface – I was skeptical too. I don’t know that covering the pubescent antics of one of the most feared horror icons ever is something I was ever going to jump for joy about. But putting the guys responsible for one of the bloodiest, most depraved, most fucked up horror films in recent memory in charge of a Texas Chainsaw movie? Well, to that I say a bloody “Fuck yeah!”

What do you guys think? Are you more interested in giving this a shot with this team on board? 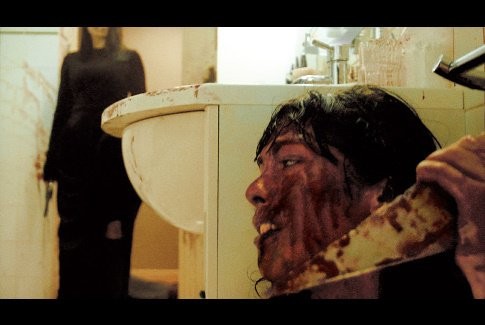