Why is PLUS ONE #11? Because it’s an amazingly mind-twisting concept done in a way that won’t leave you in the dust scratching your head and an all-around entertaining flick to boot. This film incorporates concepts of time travel and alternate realities with a NIGHT OF THE COMET tone and injects a whole lot of teen comedy fun to make a really potent cocktail of cool sci fi. The film moves at a boppy pace culminating to a climax that is infectiously awesome to watch unfold as versions of everyone at a party are thrown back in time a few minutes and closing in on their present selves. What happens when a past version occupies the same space as a present version of a party? You find out here.

You can find PLUS ONE on Amazon here and on Netflix here. Below is my review of PLUS ONE from January! 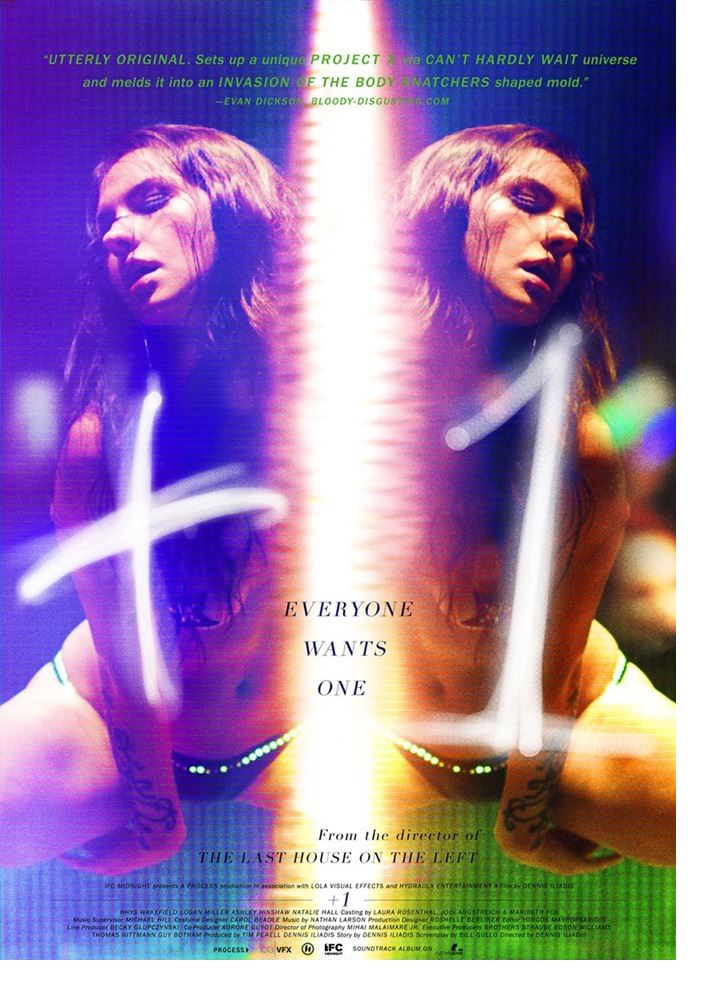 Though time travel stories are probably one of my least favorite sub-genres, I am all for new ideas and PLUS ONE is a film full of new and fun ideas. I guess what it takes for a good time travel film is a firm handle on the entire situation of what’s going on. If a storyteller is able to look at the layout with all of the various moving pieces of a time travel story and is able to maintain a constant thread throughout without losing the audience, that’s going to be a successful film. The problem is, keeping watch over this ever-changing, ever-evolving chessboard is about as difficult as it comes in terms of writing a story. 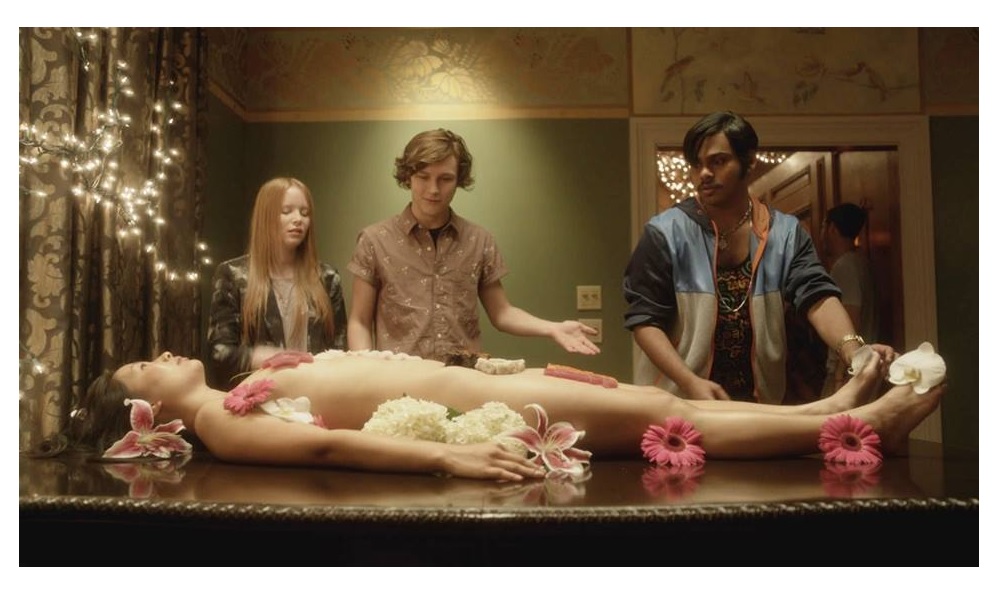 Director Dennis Iliadis, who directed the remake of LAST HOUSE ON THE LEFT, seems to be one of those storytellers as he shows some deft plotting skill in his latest film PLUS ONE. For the entire duration of the film, I was waiting for things to skid off the rails and have the story betray its own rules in accordance with the time travel trickery that’s going on. But though I looked for it shrewdly, I couldn’t really find a single misstep as he tells a story of a party that echoes back on itself twenty minutes into the past when a mysterious comet crashes near the happenings. As time passes, the two realities begin to converge and the closer they get to one another, the more the importance of this questions intensifie:; “What happens when two realities try to occupy the same space?” The answer is fun and full of surprises and excitement.

The constants in this film are four fascinating characters, all of whom are privy that their past doppelgangers are close to their heels. Rhys Wakefield plays David, a slacker whose foot seems to take permanent residence in his mouth, especially around his soon-to-be ex-girlfriend Jill (Ashley Hinshaw), who catches him kissing another girl he mistook for Jill. David’s snarky friend Teddy (Logan Miller) tries to tell David that he should see this as a blessing and he should take advantage of his newfound bachelorhood to live life day by day as he does, but David won’t let up and as everyone descends on the Party of the Century bringing those who went off to college together again with those who stayed in town, David wants to confront Jill and convince her that they were meant together. 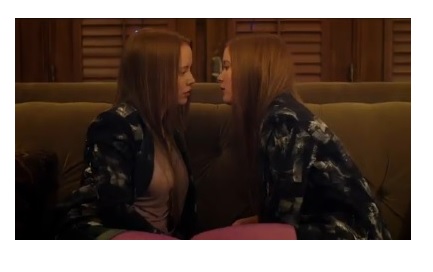 Sound like the million other teen party comedy movies like CAN’T HARDLY WAIT and their ilk? Yes, it’s exactly like those films, and that’s what makes PLUS ONE all the more interesting: it is a successful teen party movie even before things get all sci fi. There are the obligatory scenes of douchebaggery and binge drinking. Lots of dancing and moments that will either scar or cause smiles for lifetimes ahead. This is definitely a party worth remembering, and Iliadis does a great job of making it so, interspersing little moments that you know will be touchstones when things double up on themselves like a girl puking or someone tossing ice on someone or someone passed out on a sofa. And though these moments are obviously placed there for us to remember later in the film to happen again, it’s done pretty naturally.

When things do get fantastical and the double us-es show up, we already have a firm hold on the world established. It’s a world those who remember those party years will be familiar with, and relying on this familiarity, Iliadis goes into some interesting places by interspersing some subplots for us to cling to so as we don’t get lost in the time paradoxes. 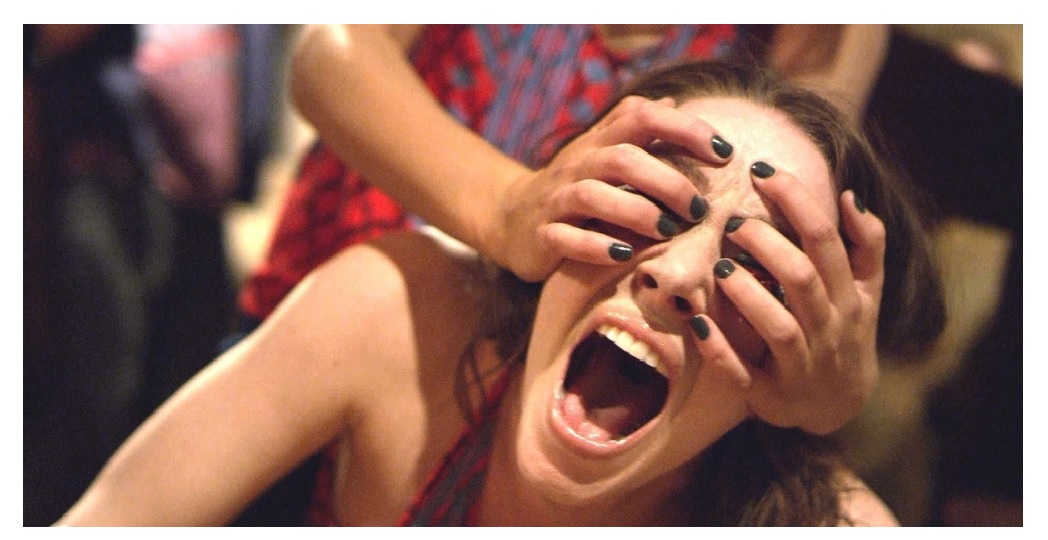 One of my favorites was Teddy’s story as he is having the night of his life, hooking up with Melanie, his dream girl (played by the scrumptious Natalie Hall), who never used to pay any attention to him in high school. When the time paradox happens and Teddy and Natalie’s 20 minutes into the past them shows up to cock block his big night, past Teddy is pissed. When present and past collide, it immediately changes both groups and makes them a paranoid, panicking mob. This paranoia has both versions of the party paranoid that the other group are some kind of pod people replacements, when in fact they are just as misplaced in time as the other group. As the minutes between the two groups lessen, the eventual collision when both groups must take up the same space looms. The results are absolutely amazing.

I know my wordy explanation of the film will not do it justice, so put plainly, this film has great performances by the youthful cast, a fantastic concept that doesn’t lose steam, and a pitch black and brutal ending that basically gives the finger to both optimists who want a love story to end well and a pessimist who can’t stand those sappy endings so prominent in those John Hughes movies we ate up when we were kids. PLUS ONE is one of the best time-twisting trips you are bound to take in recent memory due to the director’s firm hold on the concept and how far he’s willing to let it unravel. PLUS ONE is just a fantastic little sci fi gem. 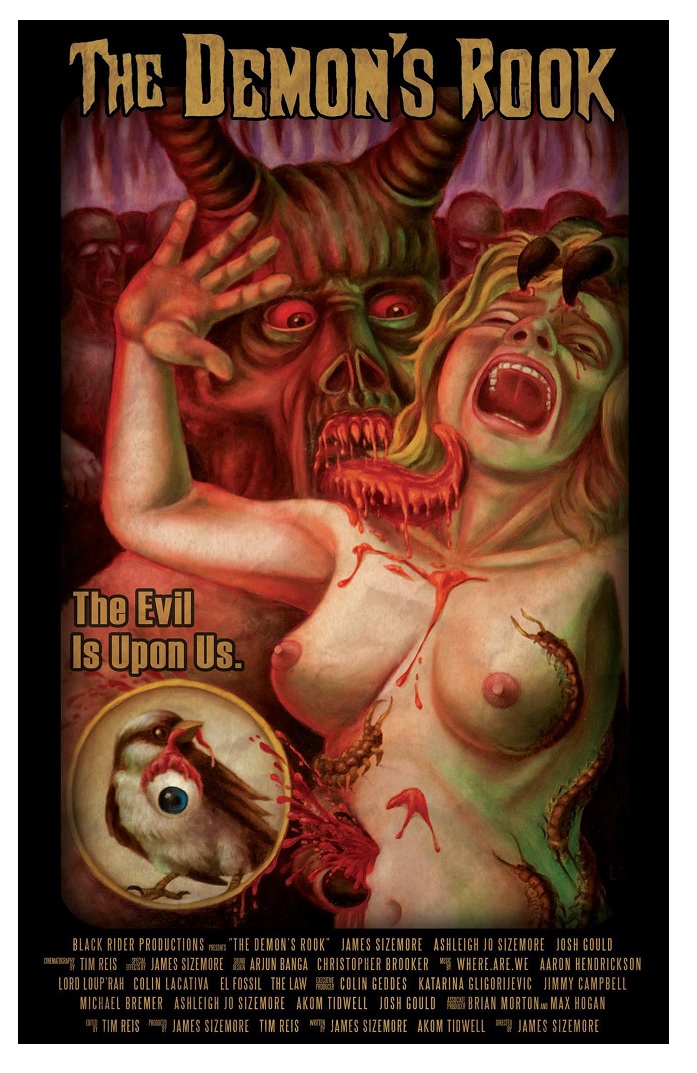 Worth Noting: THE DEMON’S ROOK!

Filled with awesome DIY effects, this film by man of many hats James Sizemore who did the writing, directing, editing, starring, and effects for THE DEMON’S ROOK offers up a fun low fi monster mash that feels like a distant cousin to some of Clive Barker’s early works. Not without it’s low budget trappings, fans of 80’s horror will be pleased with this one.