Jeremy Sifts Through "The Missing Pieces" Of TWIN PEAKS: FIRE WALK WITH ME! 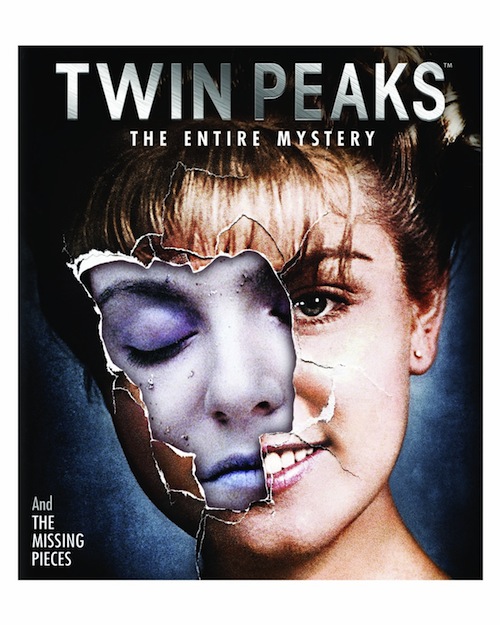 "There is an abundance of fish in the sea, but tonight I would like to speak about wood."

This was David Lynch introducing ninety never-before-seen minutes of TWIN PEAKS: FIRE WALK WITH ME Wednesday evening at Los Feliz's Vista Theatre in fine, drolly inscrutable fashion. His remarks were carefully prepared on a sheet of paper, and he read them with a deliberate warmth, knowing full well the effect his off-kilter observations would have on his receptive audience. After briefly holding forth on humankind's relationship with wood, Lynch concluded, "Quite often, when we talk about beauty, we are talking about wood." There was laughter. Then the lights went down, and a couple hundred TWIN PEAKS fans leaned forward in rapt silence as the lovingly assembled footage, dubbed "The Missing Pieces", deepened the mystery of Lynch's most under-appreciated work.

TWIN PEAKS had been canceled for over a year by the time FIRE WALK WITH ME slipped into theaters on August 28, 1992. The one-time phenomenon driven by the mystery of "Who Killed Laura Palmer?" had quickly worn out its welcome with mainstream television viewers by getting weirder, not clearer. By the time Lynch and co-creator Mark Frost finally revealed the identity of Laura's killer (early in the second season), the ratings had nearly flatlined; even though Lynch returned to direct the series' pivotal (and perhaps greatest) episode, most people had simply stopped caring about the goings on in Twin Peaks.

For those who stuck it out after the reveal, the show tested their patience with a few aimless episodes as Frost attempted to right the ship and invent a new mystery that would somehow draw viewers back in to the universe. Almost no one was watching when they figured it out in the haunting last couple of episodes, which means they missed the unnerving sight of a possessed Agent Dale Cooper (Kyle MacLachlan) smashing his face into a mirror with a cackling, malevolent zeal.

The remaining TWIN PEAKS faithful were hoping to see their hero rescued from the Black Lodge, but Lynch had no interest in expanding on that narrative with FIRE WALK WITH ME, so there was a sense of betrayal when fans learned that the film focused exclusively on the events leading up to Laura Palmer's murder - a good chunk of which had been depicted in the 1990 tie-in novella, THE SECRET DIARY OF LAURA PALMER. They wanted desperately to move forward, but the artist who'd hooked them in the first place had to go back because, somewhere along the line, he'd fallen deeply, dangerously in love with Laura Palmer.

He'd also grown frustrated with network television, which might why FIRE WALK WITH ME opens with a TV set being smashed in with an axe. Just a guess. But the ensuing film was darker and far more disturbing than anything depicted in the show; all of the sex and violence and drug abuse disallowed by broadcast standards and practices was splashed across the screen in all its lurid glory. These were the final days of Laura Palmer, and they were a fucking nightmare. Lynch also cut out the show's absurdist safety net, which meant there were no comedic asides with Sheriff Harry S. Truman, Deputy Andy Brennan and Lucy Moran. Most of the fans' favorite characters were nowhere to be seen, and it was well known that Lynch had removed scenes featuring them in order to keep the film centered on Laura.

Wednesday night's screening at the Vista wasn't intended as a make-good with the fans, but it was an opportunity to spend a little time with some old friends who we never thought we'd see again. For those hoping Lynch might be able to construct a cohesive narrative from these ninety minutes, you should perhaps readjust your expectations a little. FIRE WALK WITH ME: THE MISSING PIECES is essentially a trip along the periphery of Lynch's 1992 masterpiece. It's a surreal, sometimes horrifying experience that is mostly fascinating as a glimpse into Lynch's creative process. For instance, there's an amusing scene that finds Special Agent Chester Desmond (Chris Isaak) engaging in fisticuffs with a backwoods deputy; the fight is a hilariously one-sided affair, with Desmond firing jab after jab into the yokel's face until he finally knocks him out with an overhead right cross "from J. Edgar". What does this scene accomplish exactly? Nothing in the way of narrative, that's for sure. But it would've served as a nice bit of comic relief in the midst of FIRE WALK WITH ME's slowly mounting dread, and that's why it had to go. Tonally, it was a remnant from the TV show.

There's an extended "Electricity" scene with The Man from Another Place, Bob, Mrs. Tremond and her creepy grandson that should give you nightmares for a solid week. Lynch re-mixed the sound specifically for the Vista screening, so that low-rumbling roar that rises and falls throughout the film crescendoed to a horrifying height that, once it abruptly cut out, left me gasping for air. In other words, when you watch "The Missing Pieces" at home, don't be shy with the volume. Give yourself an anxiety attack. You know you want it.

Since you'll be able to experience all of this for yourself when the new Blu-ray set streets on July 29th, a scene-by-scene breakdown seems unnecessary. But I should note that the footage concludes with a moment I don't think any of us knew existed, and it's not from FIRE WALK WITH ME. I'm still getting goosebumps thinking about it, and I wouldn't be surprised if, upon the release of the set, this scene prompts an online petition begging Netflix or one of the other newfangled streaming channels to resurrect TWIN PEAKS. Unfortunately, I think it'll just wind up being another twist of the knife for those of us who saw the amazing potential of the third season, but it's better than nothing at all.

TWIN PEAKS: THE ENTIRE MYSTERY AND THE MISSING PIECES is available to pre-order now. It is a must-own for anyone who ever fell under the spell of this magnificent show. And while we're getting worked up over TWIN PEAKS again, this would seem to be an opportune time to announce FIRE TALK WITH ME: an episode-by-episode podcast featuring myself and Allison Goertz (aka Cossbysweater), who's experiencing the show for the first time! The first episode will go live next week before Comic Con, and we'll keep 'em coming once or twice a week until we've watched every last bit of TWIN PEAKS available to us.

There will be a story on AICN next week explaining all of this in greater detail. For now, let's think about wood.

P.S. I would like to thank the great and powerful Charles de Lauzirika for producing this amazing Blu-ray set, and for getting me into Wednesday night's amazing event. Bookhouse Boys 4 Life!