Yesterday, the first trailer for the third installment of the successful V/H/S series hit the internet, giving us just a taste of what we can expect from the next chapter (and final, from the sound of it) in the found footage series.

The trailer recaps the horrors that were found on the infamous tapes in V/H/S and V/H/S 2, before breaking into a series of clips from the upcoming film. None of it is particularly in-depth - it just gives you enough to set the stage and get you excited for things to come. Personally, I can't wait to find out what's going on in that shower scene!

This round will see contributions from Nacho Vigalondo (TIMECRIMES, EXTRATERRESTRIAL), Marcel Sarmiento (DEADGIRL), Todd Lincoln (THE APPARITION), Gregg Bishop (DANCE OF THE DEAD), and Justin Benson and Aaron Moorehead (RESOLUTION).

Horror anthologies are always a ton of fun, and the V/H/S films have always made good use of the format. They offer a fun way to tell their stories (which never seem to skimp on the fight), while also shining a spotlight on dirctors who are just beginning to make their mark on the genre.

Check out the trailer below. The film was recently picked up for distribution by Magnet films, and is due out later this fall. 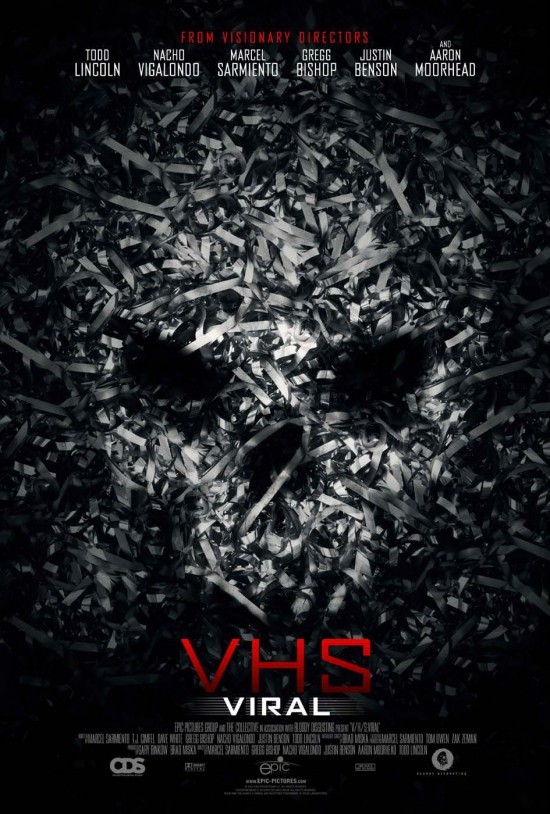