Robert Downey Jr. seems to be tweeting a picture a day from the set of Avengers: Age of Ultron...

Ahoy, squirts! Quint here. Robert Downey Jr. has been on Twitter for less than 2 weeks and has kept pretty quiet. He's not using it to interact with fans so much or talk to his celebrity buds or even to blandly promote whatever movie he has coming out soon.

Up until yesterday he garnered 1.4 million twitter followers without a single reply, stating only that he is now on twitter, he is reading the tweets at him and that it's all Jon Favreau's fault. Then he posted this picture: 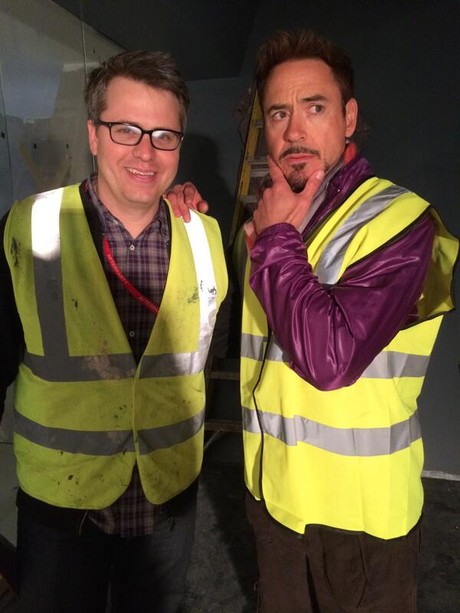 That is Tony Stark and Marvel producer Jeremy Latcham (Latcham is just as big a part of what you love about the MCU as Mr. Feige, by the way) staying safe on the set of Avengers: Age of Ultron.

It's fun, not really all that revealing, but fun. Then this morning a new photo appeared via RDJ's twitter. Here it is: 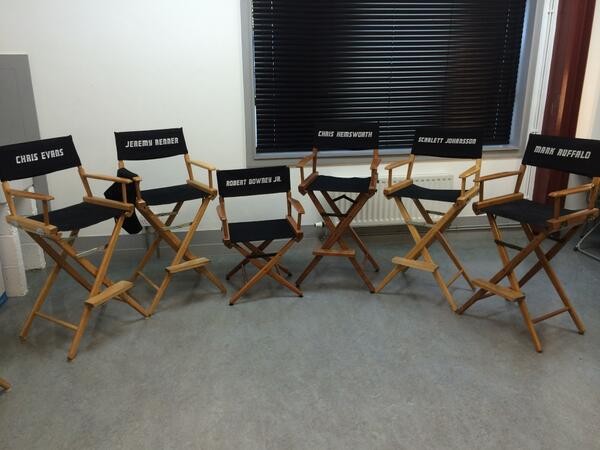 Looks like somebody's been sprinkling some Pym Particles on Downey's chair.

So, will this keep up? Is he going to tweet a randon photo a day from the making of Avengers 2? Edgar Wrigth did so with Scott Pilgrim and Darren Aronofsky often tweeted photos during the making of Noah, so it's not unprecidented. He hasn't announced anything and there could be nothing more from his account from this day forward. But I'd love it if he kept on.

These non-revealing shots do ratchet up my excitement. Somewhere in the world they are filming a new Avengers movie and teeny tiny glimpses provided by Iron Man himself are proof of that. What an amazing world this is.