Tarantino's THE HATEFUL EIGHT gets shelved...literally! 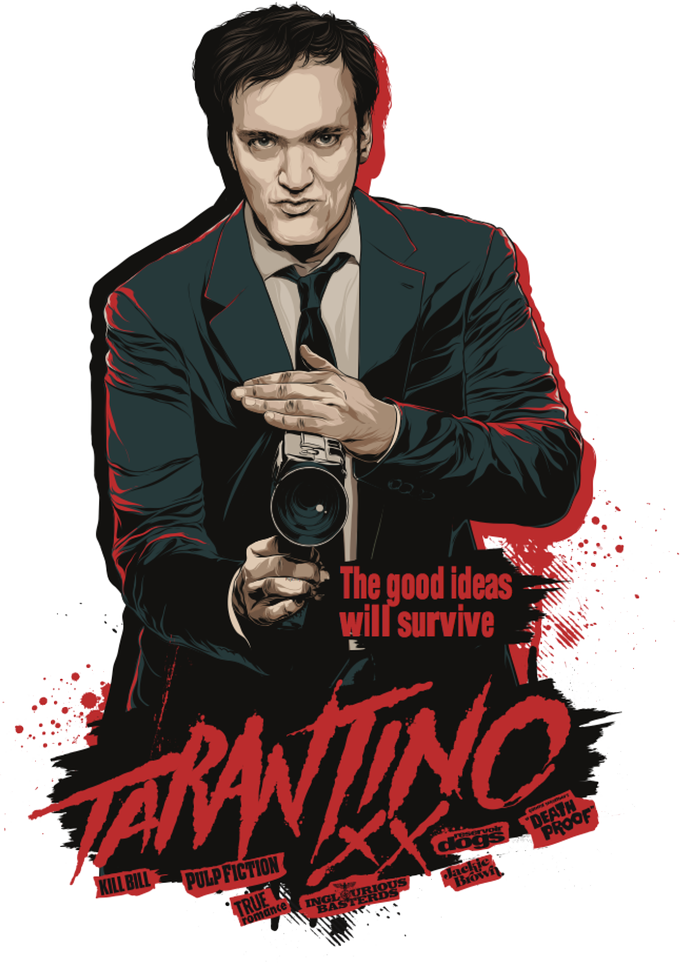 Well, this is a bummer. Today, Quentin Tarantino rang up Mike Fleming over at Deadline saying that he was canceling his recently announced HATEFUL EIGHT project due to a script leak. Tarantino's scripts are always a hot commodity, and usually leak when the script goes out to casting agencies right before production, but QT's pissed because it was his first draft, and he only put copies in the hands of six individuals. He runs down who had access to it, and deduces that it must've been the representation of either Michael Madsen or Bruce Dern, who, alongside Tim Roth, were up for roles in the picture. He says that he may return to the project in years to come, but that it definitely won't be his next picture. In the interim, he plans on selling the script, as it exists now, in bookstores. His quotes are below:

“I’m very, very depressed. I finished a script, a first draft, and I didn’t mean to shoot it until next winter, a year from now. I gave it to six people, and apparently it’s gotten out today…I gave it to one of the producers on DJANGO UNCHAINED, Reggie Hudlin, and he let an agent come to his house and read it. That’s a betrayal, but not crippling because the agent didn’t end up with the script. There is an ugly maliciousness to the rest of it. I gave it to three actors: Michael Madsen, Bruce Dern, Tim Roth. The one I know didn’t do this is Tim Roth. One of the others let their agent read it and that agent has now passed it on to everyone in Hollywood. I don’t know how these fucking agents work, but I’m not making this next. I’m going to publish it, and that’s it for now. I give it out to six people and if I can’t trust them to that degree, then I have no desire to make it. I’ll publish it. I’m done. I’ll move on to the next thing. I’ve got ten more where that came from.

I am not talking out of both sides of my mouth, because I do like the fact that everyone eventually posts it, gets it and reviews it on the net…Frankly, I wouldn’t want it any other way. I like the fact that people like my shit, and that they go out of their way to find it and read it. But I gave it to six motherfucking people! Starting this week, I’ll be setting meetings with publishers.

I could totally change my mind, I own the fucking thing. But I can tell you, it’s not going to be the next thing I do. It’s my baby, and if the muse calls me later to do it, we’ll do it. I was thinking about the idea of maybe publishing it before I made it, but now that deal happens for sure, and I’m not doing it next. The idea was, I was going to write two scripts. I wasn’t going to shoot the Western until next winter, and I have been full of piss and vinegar about the other one. So now I’ll do that one."

It's a huge bummer that whatever industry discrepency that caused this leak had to go down, because not only does the project sound like it could've been kickass and epic, but because of how annoyed Quentin seems to be with this development. No talent wants a creative cockblock like this, no matter who they are. Luckily, he seems to be adamant about publishing his script in print form, so hopefully we'll be able to get an idea of what might've been sooner than later. It seems that his creative juices are flowing, and that he'll get to work on that second project in the immediate future, so it's not like this means we have to wait an extra few years for our next Tarantino joint.

Alas, no matter what his next project ends up being, it won't be an ensemble western featuring Bruce Dern, Michael Madsen, and Tim Roth called THE HATEFUL EIGHT. Which kinda sucks.

Fleming's article ends with yet another Tarantino quote. "I gave it to three motherfucking actors. We met in a place and I put it in their hands…It's got to be the agents of either Dern or Madsen. Please name names."

Please name them indeed. I'll bring the pliers, you bring the blowtorch.