One of the most unsettling films this year was SIMON KILLER, which isn’t the first thing one might think of when you’re coming up with a list of horror films, but by the end of the film, you are definitely changed by the things you see. An unconventional entry and not your typical horror film, but nevertheless a terrifying character study. 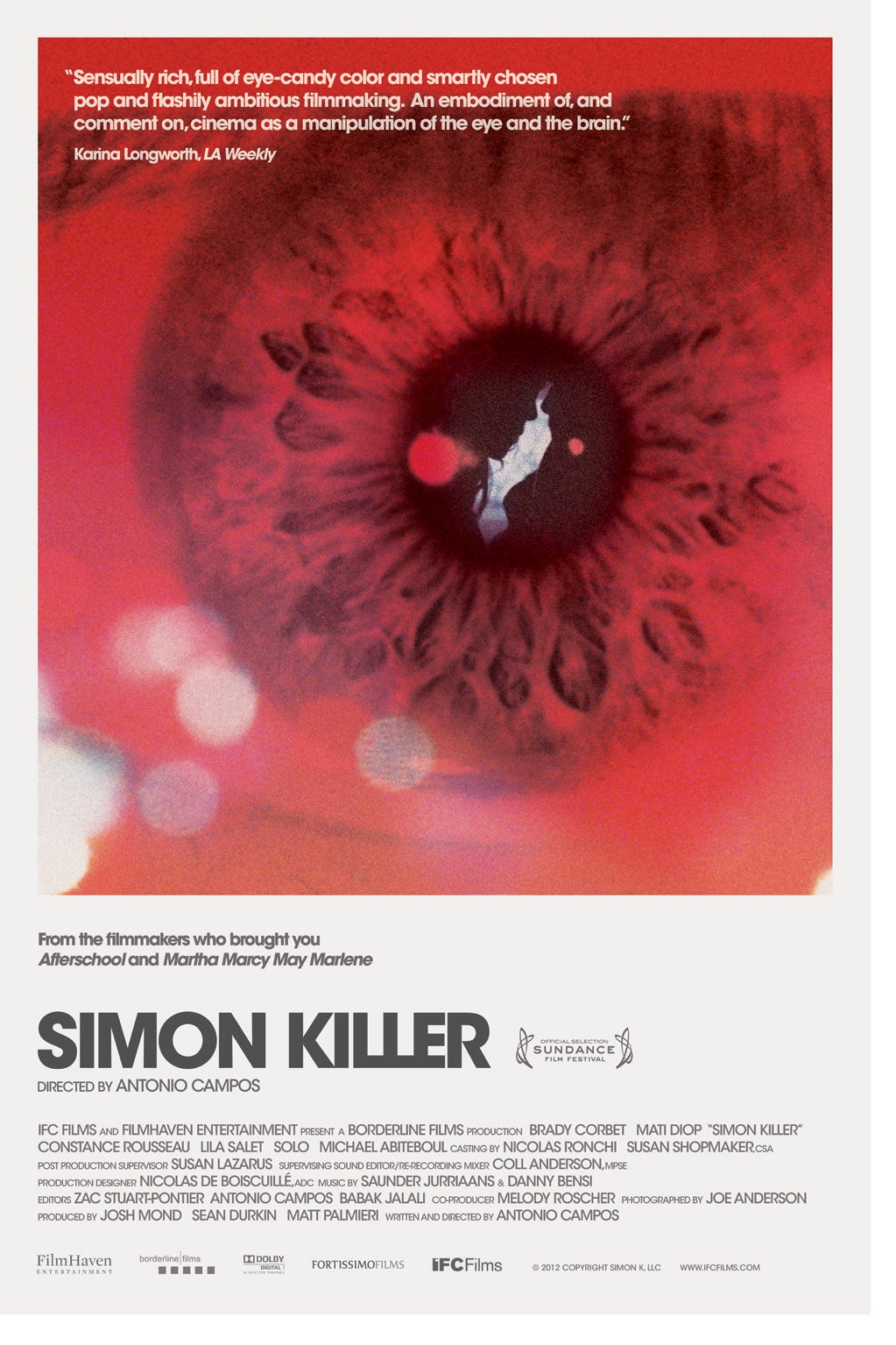 Quickly becoming a master of subtle horror, Antonio Campos brings us SIMON KILLER, which at first might feel out of place in a column dedicated to masked serial killers, aliens, and zombies, but as the film goes on, Simon (played by Brady Corbet) turns out to be just as terrifying as any of them, if not more so because this guy feels so damn real.

We open on Simon talking about why he has journeyed from New York to France. Apparently he has just lost his girlfriend and he’s going abroad to “find himself”, something many do in their twenties when they are faced with reality for the first time having graduated school and wanting to eek just the last ounce of childhood out of them by refusing to settle in one place. It’s a romantic notion, and Simon won’t hesitate to tell any and all that fact since he describes himself as “having so much love to give”, yet as he bumbles and mumbles his way through life, freeloading off of one person after another, it definitely doesn’t seem accurate. After staying a week in France, he is out of money and now out of a place to go. Simon connects with a stripper/prostitute (the sultry Mati Diop); he cons her into letting him stay with her, and soon they develop a relationship. But Simon, though he says he wants to love, sabotages that at every turn and soon things get very dark, indicating that he most likely did the same thing in the relationship he was fleeing from in America.

What makes this film stand out is the lead actors. Brady Corbet, who offered up decent performances in MELANCHOLIA and MARTHA, MARCY, MAY, MARLENE, really has a chance to shine here as the maladjusted title character. The depths he goes to psychologically in his private moments with himself and then his intimate moments with the various women he encounters is pretty dark. Corbet does this low grunt/whine thing in times of great stress that is extremely unsettling, indicating that he is about to do something very, very bad. Mati Diop is amazing as Victoria, the jaded French stripper who slowly melts for Simon. It’s heartbreaking to watch her be fooled by Simon at the beginning and then to see her realization unfold that he is not the man she thought he was. Both performances elevate this pretty simplistic story to monumental levels of excellence. 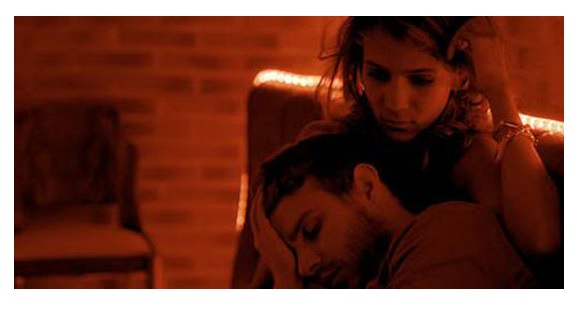 Though this film is really a psychological drama, the dark places it goes as Simon convinces Victoria to blackmail her clients out of large sums of money makes it right at home among the evils that lurk in this AICN HORROR column on a weekly basis. It doesn’t have a high body count or copious amounts of blood, but it did inject a feeling of utter unease into me as I watched it, doing a fantastic job of exploring the actions and psyche of a truly twisted individual.

If we didn’t know this already with the creeping terror that permeated his last film MARTHA, MARCY, MAY, MARLENE, Anotnio Campos seals it with SIMON KILLER. The director/writer has a way of quietly sneaking his characters under your skin, allowing you to bond with the characters, and then make you pay for letting that person in. SIMON KILLER is a film that will definitely leave you feeling both horror and pity for the cast. It’s a tale of a twisted man with good intentions but no clue how to make those intentions come to life. I found SIMON KILLER to be a fascinating film and one you should not miss.

Released from IFC Midnight almost at the same time as SIMON KILLER is the inventive and blood spattered trip down the rabbit hole called ALYCE KILLS (full review here). The movie is a somewhat uneven retelling of ALICE IN WONDERLAND as seen through a lens of sticky crimson, but might serve as a cool double feature with SIMON KILLER.