UPDATE: We have confirmation of X-Men: Days of Future Past being filmed in and released in 48fps!

Quint here again with an update on this story. Fox has officially denied the below story to Variety and our own expatriate Drew McWeeny also got a denial when he dug a bit.

This is an interesting denial, especially since in Drew's piece he confirms what we said about Days of Future Past being shot in 48fps. Makes me wonder if they're future-proofing the movie and decided against a 48fps release mid-stream, but wanting the VFX to be ready for a high frame rate home video release of some kind. Obviously if they shot 48fps they intended to release it that way. My (credible) sources say they're doing the VFX in 48, which again only makes sense if they end up releasing it that way in some form.

But I don't see why Fox would officially deny a 48fps release and then turn around and release it that way... unless they just want to be dicks.

So that leaves us with this... The only thing denied is a theatrical 48fps release. They haven't denied that they shot in 48 or are posting in 48. Either Fox is outright lying or our sources are mixed up or making assumptions.

I guess we'll all know next summer. That's the update as of right now. 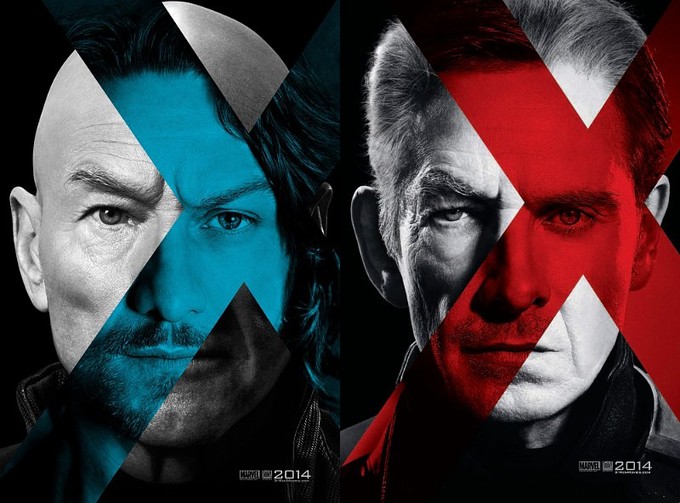 Ahoy, squirts! Quint here. It has been wildly speculated that Bryan Singer's upcoming X-Men: Days of Future Past would be released in 48fps, but nobody has been able to confirm it since the initial wave of guesswork which happened at the end of last year when Singer announced he was shooting the movie in native stereo.

I had one pretty legit source that confirmed it to me privately a little while ago, but we've been sticking pretty strongly to our “two sources or nothing” game plan of late. It was that rule that kept us from running the Benedict Cumberbatch in Star Wars Episode VII news a week before it broke, which is probably a good thing since it has been denied up and down and as cool as it'd be is not likely to pan out.

Well, a second source just emailed in this weekend, calling him/herself Asta the Wonder Dog, with a list of bonafides (can't print that part, sorry) and this little tidbit:

X:DoFP was shot in HFR and will be released in 48fps. The filmmakers played coy because of the negative reaction to the technology when the Hobbit film was released, but love the results and will be standing behind a theatrical release in high frame rate.

So, two sources now have now confirmed to us that X-Men: Days of Future Past was not only shot in 48fps, but will be released in 48 as well.

I'm personally still not a fan of high frame rate, but then again I'm a pretty big stickler for production design and cinematography. I saw The Hobbit in both 24 and 48 and in 24fps it looked like the previous Lord of the Rings movies to me, Andrew Lesnie's rich and beautiful photography acted like a kind of bridge between the two cinematic worlds separated by 60-some years of movie time and over a decade of real time. In 48fps, it felt very bright and more stage-like, which cause the opposite reaction for me as a movie-goer than I believe Jackson and company intended. The more real it looked the less real it felt. Does that make any sense?

I will cut them some slack in that these are early days of the technology. There must be a reason envelope-pushing filmmakers like Jackson and Cameron are attracted to it.

I'm intrigued by Singer's recent revelation that they're filming all of Quicksilver's stuff in 3600fps, which admittedly isn't really a new trick. Filmmakers have been overcranking for decades to achieve the slow motion effect. But still, I wonder how that plays out with the new projected framerate.

Thanks for the confirmation, Asta. Now go run home to Nick and Nora!