With technology and medicine making leaps and bounds on a daily basis, stories involving the perversions of them are more timely now than ever. That’s why ERRORS OF THE HUMAN BODY is such an effective and tragic tale. Plus this one stars one of my favorite new actors Michael Eklund who is fated for stardom given his performances in THE DIVIDE, THE DAY, and now this, my 25th pick of the best of the best in horror over the last year. 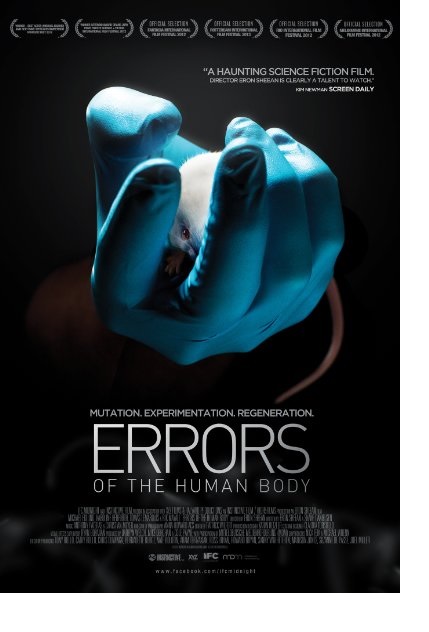 Some of my favorite films of the last few years have been modern Frankenstein tales. I’m not talking bolt-necked reanimated corpses. I’m talking about scientists playing god and trying to conquer death. SPLICE, THE SKIN I LIVE IN (reviewed here), ANTIVIRAL (reviewed here)—films like these offer up imaginative new takes on Mary Shelley’s classic tale. Well, as of this week, I have another film to add to that list, ERRORS OF THE HUMAN BODY. 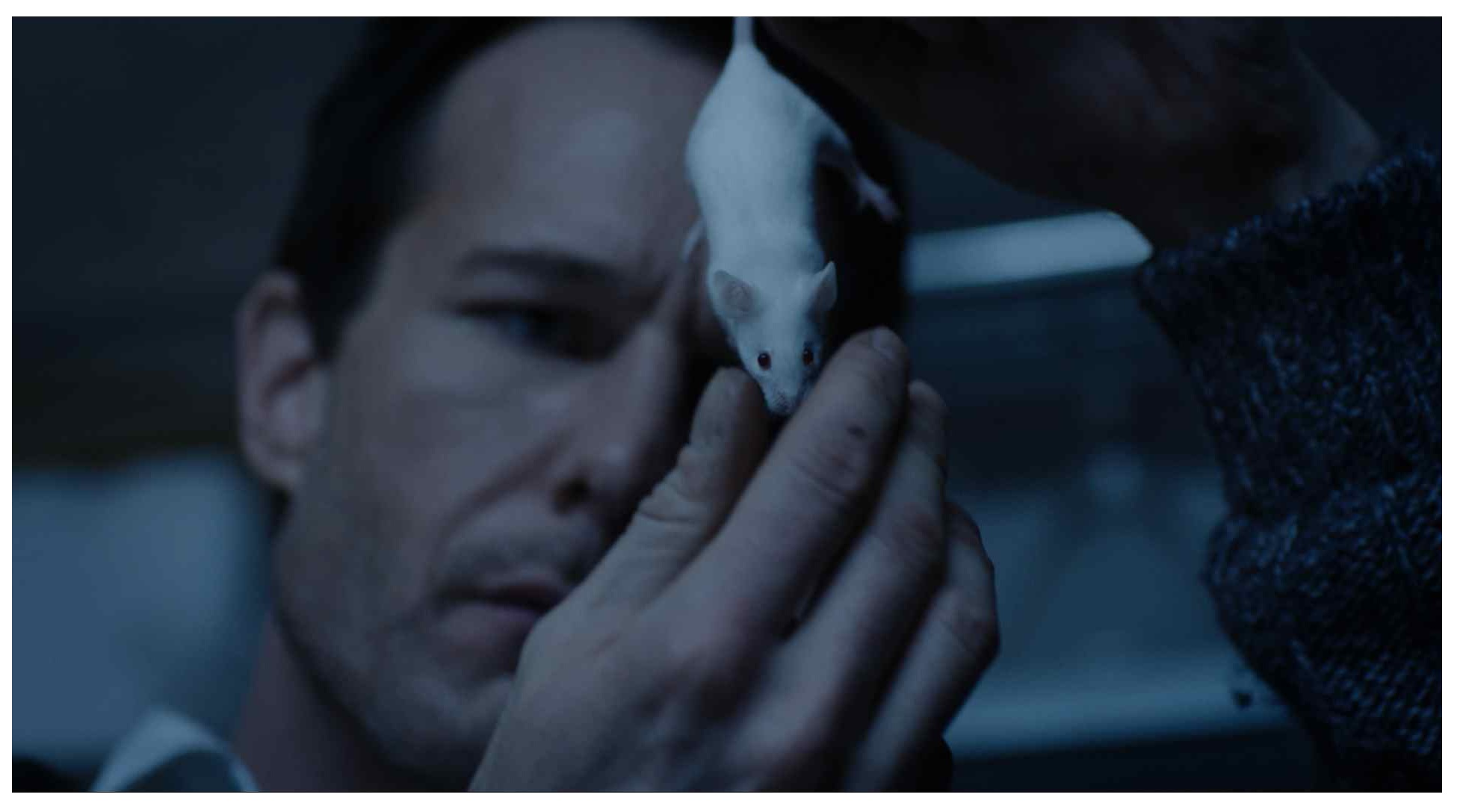 The story follows a brilliant, yet troubled geneticist, Dr. Geoff Burton (played by an actor who is quickly becoming my favorite actors working today, Michael Ecklund) who after the death of his son becomes obsessed with mapping human defects prenatally. His work has landed him a high profile position at a scientific facility in Dresden, Germany where his former intern and lover, Rebekka (the downright adorable Karoline Herfurth), has been doing research on her own involving cell replication. Upon arriving, Geoff also runs into creepy German alopecian Jarek (Tomas Lemarquis) who immediately rubs Geoff the wrong way and his instincts prove to be correct, as he is running some less than ethical experiments of his own. And dammit if that isn’t THE YOUNG ONES’ Rick Mayall as the head of the science at the institute in a surprisingly serious role. As Geoff finds out what his former intern is working on, the threads start pulling all of these experiments together to reveal that the death of Geoff’s son has inspired them all in one way or another.

What makes this film stand out from your typical science gone wrong flick, first and foremost is Michael Ecklund. The actor was one of the best parts of last year’s THE DIVIDE ( reviewed here) and in ERRORS, he shows that his acting in that film was no fluke. Here, the gaunt actor embodies a tormented soul; one wracked with guilt over the death of his son, which lead to the crumbling of his marriage and subsequently his life. We follow Geoff through his lonely existence; a walking dead person simply moving forward through the sheer force of his once brilliant past scientific achievements. Now disconnected from mostly everything around him, save an ex-wife who doesn’t want to pick up the phone, we see glimmers of life through his subtle attempts at humor and awkward way of interacting with others. Through Ecklund’s amazing performance, you feel every painstaking step this haunting story takes us on. 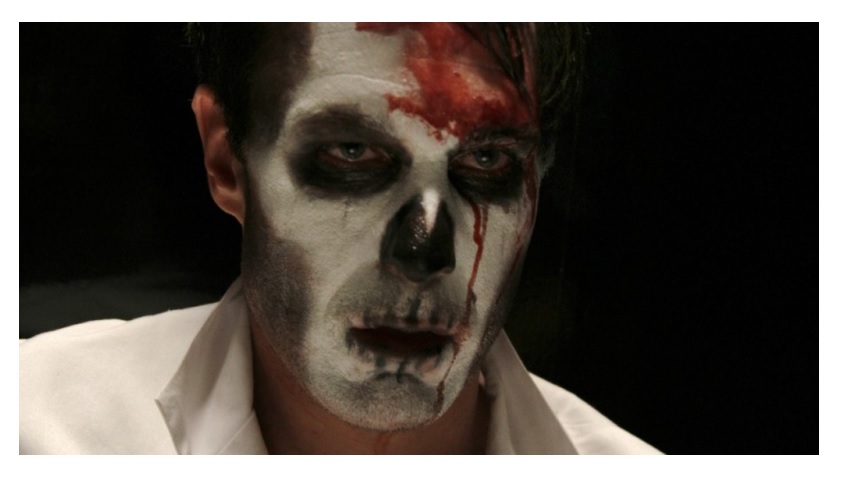 Thematically, the story not only evokes Shelley’s classic tale of man playing god, but also Poe’s “The Masque of the Red Death” as some clever foreshadowing has Geoff wear skull face paint to a party held by the science team. As he walks around the jubilant partygoers, they have no idea how dangerous this man wearing the visage of death truly is. Later in the film, this scene is repeated as Geoff makes his way through a crowded train station infected and infectious with the virus that killed his own son.

Though I don’t want to spoil any more, this is a story of science gone wrong—supporting the hypothesis that when human impulse interferes, it results in mucking everything up. The revelations at the end of this film will make your heart crack hard and though the film ends quietly, it’s just as nightmarish as the scenes of delirium early on such as Geoff’s head splitting open and lab rats pouring out. ERRORS OF THE HUMAN BODY is a masterpiece in horrific science and painful drama. Like Cronenberg’s THE FLY, within ERRORS OF THE HUMAN BODY is a one-two punch which wrenches the heart while churning your guts. Highly, highly recommended.

Another tale of twisted science is CELL COUNT (full review here, made available for the first time this year. It’s a film made on a lower budget, but the ideas are fantastic and with the sequel on its way, you’re going to want to check out where the story began. CELL COUNT twists science into knots and throws it back in your face with gory glee.

Find it on iTunes here and below is the trailer!

Number 31: TEXAS CHAINSAW 3D!
Number 30: DEVIL’S PASS!
Number 29: THE RAMBLER!
Number 28: THE AMERICAN SCREAM!
Number 27: BATH SALT ZOMBIES!
Number 26: MANBORG!
See ya tomorrow, folks, as the count down continues with the best of the best covered in AICN HORROR over the past year!