Will The Next Batman Be Older? 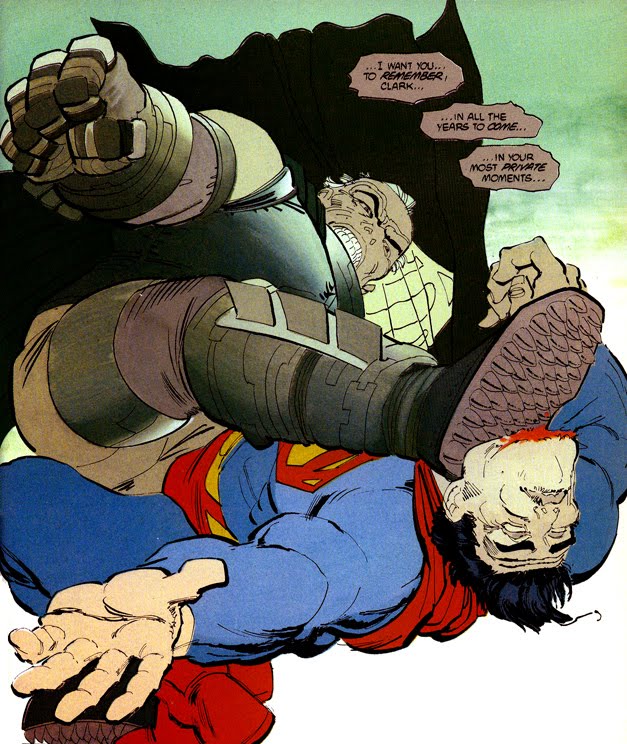 According to the Independent, Zack Snyder will be meeting with Frank Miller on the direction that BATMAN VS. SUPERMAN (or vice versa) will take.  At Comic-Con, Snyder evoked Miller's classic THE DARK KNIGHT RETURNS as an inspiration for the upcoming Bats/Supes movie, and since Snyder and Miller have worked together before, it seems only natural that Snyder would  seek Miller's blessing or advice.

Still, I'm concerned about Warner Brothers going straight to an adversarial relationship between the two right off the bat (so to speak).  Their relationship, to me, remains one of the most interesting in comics - they share many of the same goals, but are diametrically opposed to each otther's methods in getting there.  There's a really good novel by Kevin J. Anderson (writer of the STAR WARS Jedi Academy series, among other works) called ENEMIES AND ALLIES that speculates what it would be like if Batman and Superman met during the Cold War, and it does a great job of accentuating their differences while making them compelling as friends and teammates.  It's also a really great explanation on how Bruce Wayne procures himself a bit of kryptonite in case Superman goes bad.  I'd much rather have Snyder set up that relationship before having them come to blows.

But according to Batman-On-Film, if their rumor is correct, it certainly appears that Snyder may be leaning towards the Miller iteration of things.  Rumor has it that Snyder is looking for older actors to play Bruce Wayne/Batman.  Names are being thrown around like Jon Hamm (an obvious choice) or Gerard Butler, but the name that seems to be getting people (including Latino Review's ElMayimbe) excited is Josh Brolin.  Brolin's slate seems pretty full, but hey, it's Batman.  He's grizzled enough to be believable as an older hero who needs to teach Kal-El a lesson or two.  Again, this is rumor and conjecture, but (and I may be mistaken) Superman tends to be cast with unknowns or fresh faced actors.  But Batman casting tends to lean towards more established actors.  Brolin would certainly fit that bill.

What do you think?  Is Brolin (or any of the other 40something actors out there) a good choice?  Or is this rumor not credible to you?