Hello true believers, non-believers and all others in between. Optimous Douche here. Dynamite Entertainment recently unveiled their plans to release a new series of TWILIGHT ZONE comics penned by none other than past show writer J. Michael Straczynski. I recently had the opportunity to popcorn a few questions off of JMS during the week of San Diego Comic Con, and while the project is still in its infancy, Joe was willing to share a few morsels about what’s to come when the floating door finally opens. 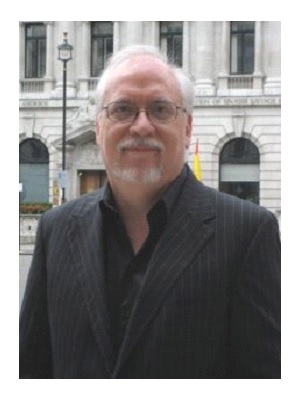 OPTIMOUS DOUCHE (OD): This isn’t your first time playing with Serling’s brainchild. How did you come about writing for the NEW TWILIGHT ZONE back in the 80′s?

J MICHAEL STRACZYNSKI (JMS): Before TWILIGHT ZONE, I’d primarily been an animation writer. I had no live-action TV credits. But having grown up a massive fan of the Zone, I was desperate to write for them, so I wrote a spec that — despite some opposition from a few folks there, for the very reason that I was an animation writer then and there was a lot of prejudice about that – got me in to pitch some stories. One of them hit, I got the assignment, and we shot the episode. A couple years later, MGM and CBS decided to commission another 30 half-hour episodes to fill out the syndication package, and I was hired as story editor — later, executive story editor — by executive producer Mark Shelmerdine, head of London Films.

I loved working with Mark because he gave me absolute and total freedom to write whatever I wanted, and was willing to go toe-to-toe with studio execs who at times wanted to chip away the corners of the stories I and others were trying to tell. To this day it remains one of the most salutary experiences of my writing career, so the chance to go back and revisit that storytelling universe is ridiculously appealing.

OD: You’re known most for your original creations; how do you approach writing such a venerated property versus your own ideas? 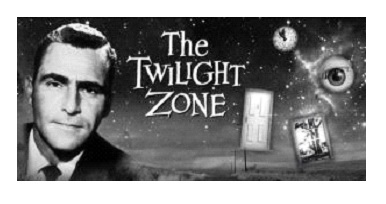 JMS: With one’s own ideas, you do have an element of recklessness, which is sometimes a good thing. You have the option of burning down the house if you so choose, an option that doesn’t exist when it’s someone else’s house. But in the case of TWILIGHT ZONE, there’s not a single standing house, it’s all about telling character-based stories that, with luck and hard work, will take us somewhere we haven’t gone before.

OD: Will the comic stories be ripped straight from the original show, new stories, or somewhere in between?

JMS: I’m doing just the initial 12 issue run, comprised of three four-issue arcs that seem totally separate at first but then begin to merge into a much broader narrative structure that eventually turns back on itself. Thematically, it’s very much in line with the kinds of stories that the original Zone told, but obviously done from a modern perspective. Serling’s work was about the human heart silhouetted against extraordinary circumstances, and what those circumstances ultimately reveal about who and what we are at our innermost core. So that’s the target I’m hoping to hit with these issues.

OD: Agreed on the reflection of humanity, but another quintessential element to TZ were the “twists” (which I almost hate saying since Shamalamadingdong has now made it a dirty word). Can we expect those kind of pig noses under the surgical masks at the end of each issue or each arc? 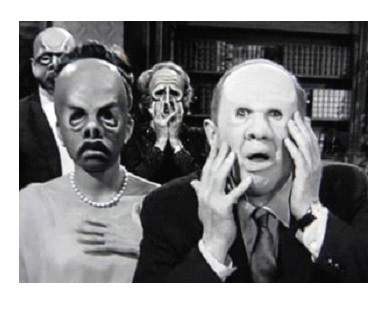 JMS: Much has always been made in the press about the twist or snap endings of the original Zone episodes, but only a relatively small percentage were as blatant as the example cited above. Most times they grew organically out of the main story rather than being a surprise (such as “The Monsters Are Due on Maple Street”), and sometimes there was no twist ending at all. The emphasis I think was more on irony than a twist, per se (“Time Enough at Last” being a good example.)

So I’m not going for the surprise twist as much as the ironic turn that comments upon and builds on the momentum of the main story.

OD: How about some of the other staples, like a smoking narrator or a floating mathematical equation?

JMS: I think we need to be careful in using likenesses that we may or may not have the rights to use. Certainly this is a broader conversation that all of us involved need to have to properly use (or not use) some of those elements.

OD: Can you give us any morsels from the first year or first arc plot wise?

JMS: One story involves an older man who never got over the loss of his murdered son twenty years earlier because the assailants were never identified. His quest for closure prompts him to hire one more PI in a string of such assignments…and the investigation begins to twist time in unexpected ways. Another story involves a Wall Street-style financial czar who needs to escape the consequences of his actions and discovers that the trail goes far deeper than expected. And the final story involves a waitress who abruptly finds herself able to glimpse the future. She may end up being the only thing standing between us and the apocalypse, if she’s willing to make the necessary sacrifices. 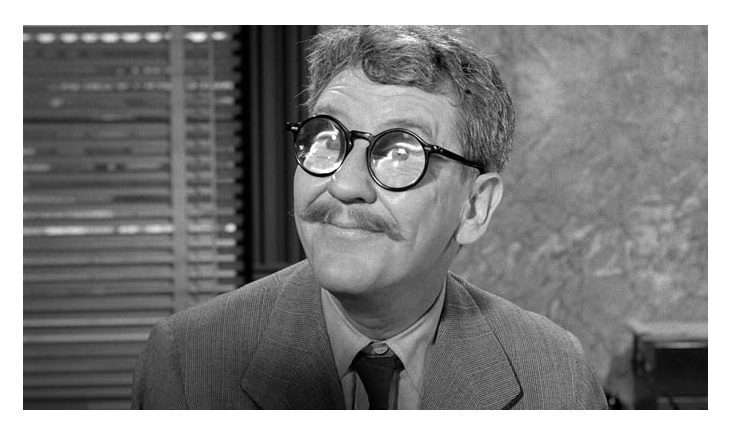 OD: Can you give us any waft of the connective tissue between the three lives? It can be in the form of a riddle or cryptic haiku. Honestly, I think your readers would enjoy the challenge of cracking the answer.

JMS: Their lives each intersect one another in either big or small ways, and part of the fun of the story (or stories) is in seeing how a small decision or action by one person can have a massive impact on someone else’s life. It’s kind of a larger metaphor for the ways in which our own everyday decisions can have huge effects on the lives of people we may never know.

OD: Did you have any set criteria for the visuals of the pieces?

JMS: Not as such, no. With rare exceptions, however, I generally go for a more realistic look to the art, and I suspect this will be in that category.

OD: Have you seen any art yet for the books or know who you’ll be working with?

JMS: Not yet; we basically just closed the deal, so all of those elements are still in process.

OD: Since I’m bothering you during comic’s annual trip to Mecca, do you have any other big announcements from SDCC this year…TEN GRAND…SIDEKICKS…JOE’S COMICS…S: E1…cure cancer…?

JMS: We mentioned at Image Expo that we’re bringing both DREAM POLICE and BOOK OF LOST SOULS from Marvel/Icon under the Joe’s Comics umbrella, as well as doing a new six-issue mini with Bill Sienkiewicz called ALONE, all of which are slated for 2014. 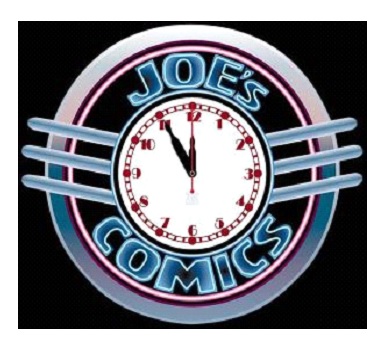 There’s one other comics-related announcement that will come after SDCC, which is pretty much all I can say about it at the moment. I’ve also just signed a contract to write another movie for a major studio, but again that’s all I can say about it until there’s an official announcement. And pending closing a few deal points, it looks like there will be another TV series deal to come in under the Studio JMS banner in a month or so.

Sadly, due to all the prep work that is going to be needed to launch Sense8 (the first TV series from Studio JMS, written and produced with the Wachowskis for Netflix), it looks like I’m going to have to push filming on THE FLICKERING LIGHT, my feature directorial debut, to 2015. I hate doing it, but I need to ensure that what’s in the works already is given the amount of time necessary to do them correctly.

If there’s been any one really surprising thing to come along it’s been the extent to which Studio JMS has been not just well received but encouraged and embraced by the bigger studios. I figured it would take a year or more to get a deal for just one show; we had that almost instantly, and more offers and deals have been coming in. It’s been just a hugely positive reception and there’s every chance that by this time next year we will be in a position not that different from Bad Robot. I think that would be amazing.

OD: Thanks for the interview, Joe, and for a whole lot to look forward to over the next two years.