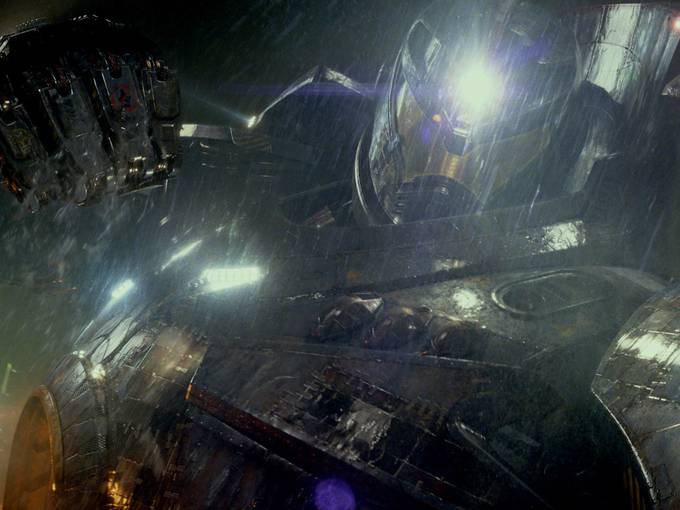 Crank up the PACIFIC RIM hype machine! Reactions (mostly positive) to last Saturday's test screening continue to pop up all over the internet, and now we've got a bunch of new stills from USA Today. Like this! 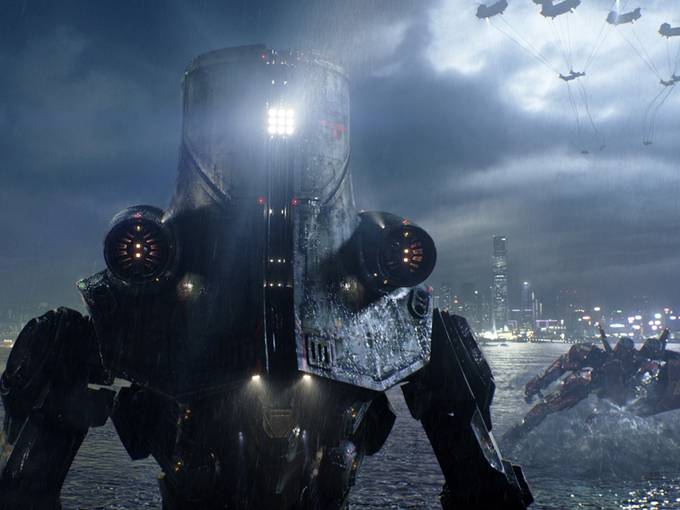 I have been trying like hell to stay unspoiled on Guillermo del Toro's kaiju epic, but the first review posted below blew that straight to hell. While the reviews aren't 100% positive, if you look around online I think you'll find that the good far outweigh the bad. This is excellent news for Warner Bros, which finds itself in the difficult spot of launching a franchise that doesn't have a particular book/comic pedigree. And its most recognizable star is... Ron Perlman? Good buzz will be hugely important. Money-shot-laden TV spots on every major sports event between now and July 12 are a must. If HANSEL AND GRETEL: WITCH HUNTERS can crack $20 million on opening weekend, I'd like to think people will turn out in droves for PACIFIC RIM, but quality's got nothing to do with it.

Here's a reader review from El Prof, who's mixed on the film. He likes the action, but doesn't care for much of anything else. This is the most negative write-up I've read thus far:

I was at the Burbank 16 Saturday afternoon. Call me El Prof. Also, I was a little older than many in the audience, so you might want to take my review with a micron of sodium chloride...

This review is straight-up love and light on spoilers. I hope this is how I feel walking out of PACIFIC RIM later this year.

Hey Harry-
I was at the screening today. I don't want to spoil anything, but to get to the point- the movie fuckin' rocks.
I have no background in any retro giant robot/monster movie this may be referencing, so I can only compare it to feeling like a mix of ID4 and the '98 Godzilla (the latter really only because most of the big fights take place at night in the rain). But I really felt (to quote Elsa) as giddy as a school boy throughout most of the film because it felt fresh. Y'know, NEW.
But it is a very simple story. It's just told in an incredible, wonderfully detailed, lived in universe.
Comparisons to Transformers will come, but it's amazing that even though those films are a little slicker looking technically, I felt far more emotionally invested in this one film than three of those.
Charlie Day and Ron Perlman were unexpected delights. They really bounce off each other well and I wish we could've had more banter with them in the sequels (which I hope there are). There are moments with Day that made me think of Rick Moranis in Ghostbusters, and this film really captures that same tone of uber crazy supernatural elements clashing with everyday, relatable folks. And that makes the movie more awesome.
Another great thing about this film is that it doesn't set up a sequel. It's one solid story that has a definitive end. That's something we haven't seen from a major, big budget, franchise film since I can't remember. But you know there will be more stories to tell. More importantly, you WANT there to be more stories to tell. This is a film that triggers the imagination with all the possible adventures these characters could go on and all the different types of monsters they could face.
I think my audience cheered and applauded three or four times during the big fights. And they are absolutely excellent. My mouth was open for most of them. 95% of the time you can clearly understand where everything is and who is fighting who. They're GRAND fights, truly epic, and they're edited to make you cheer and applaud.
Guillermo Del Toro was actually there and he was just shooting the shit with everyone in the lobby by the popcorn. I've met some famous folks/directors before but this guy was just a generous, down to earth, geekily compassionate dude. It was like I was talking to one of my buddies about movies. A note to studio execs- Let this guy do what he wants. He understands crowd pleasing and gives the audience a worthy experience.
I haven't felt this satisfied leaving a giant blockbuster since The Avengers, and I'm not even a big Marvel fan. WB has definitely got a bitchin' new franchise. 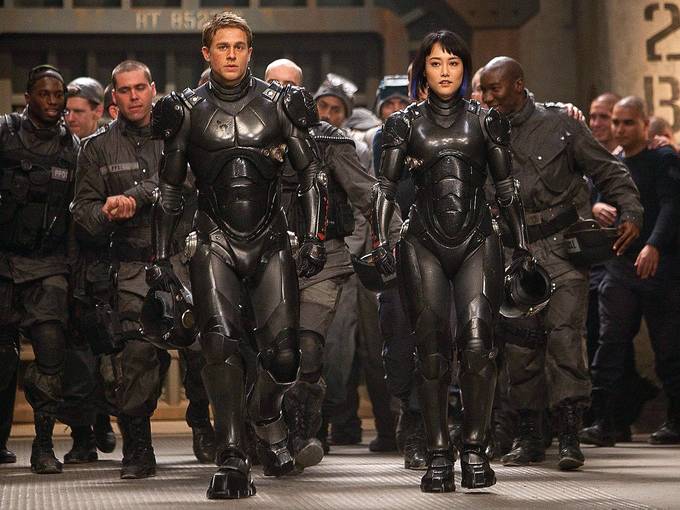 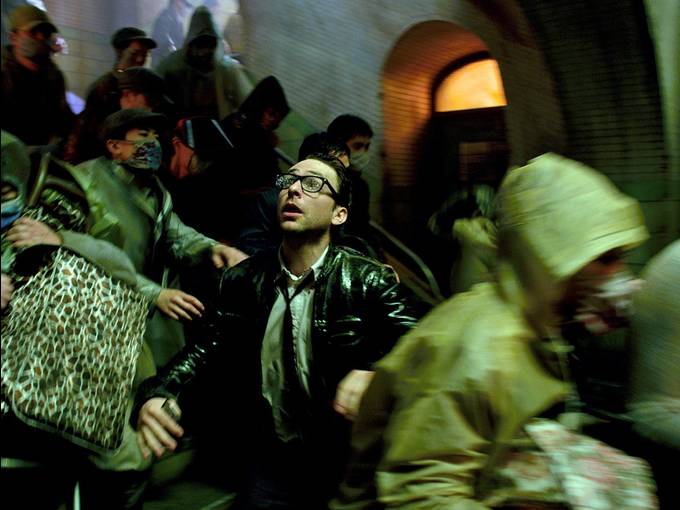 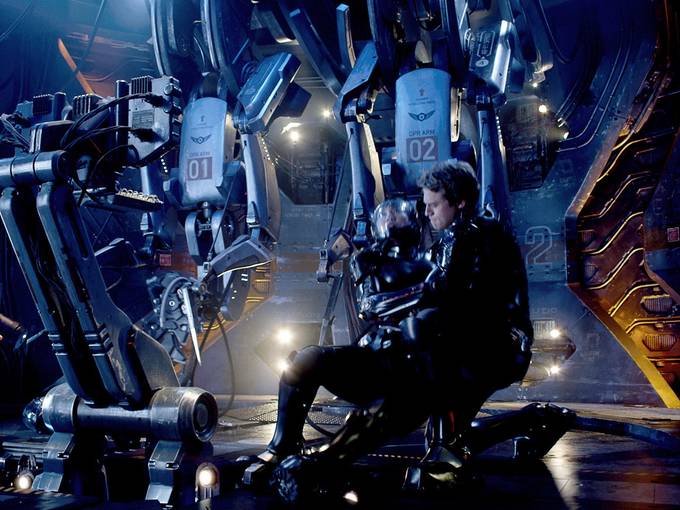