AICN is changing... TALKBACK is transformed (You Must ReRegister)... And other news!!! 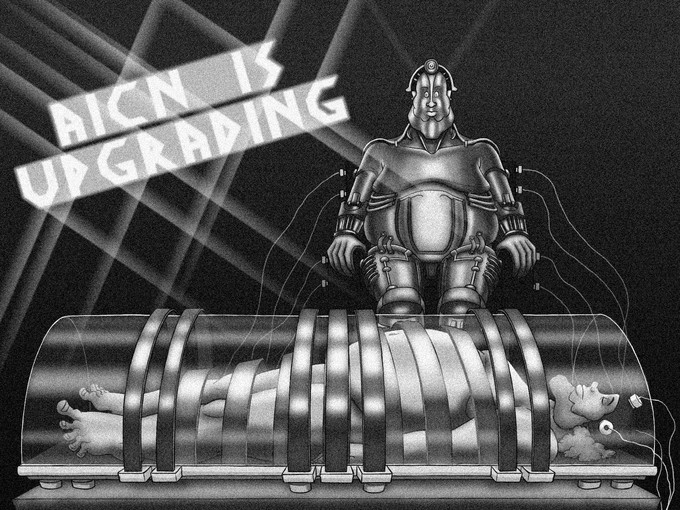 Hey folks, Harry here...  I know - we've been promising changes for a very long time.   And I know over the past year you've been having to listen to me talk about some pretty severe financial and business problems with AICN that threatened to end AICN's time on planet Earth.   2013 will mark our 17th year of existence online.   We've had a lot of tech changes over that time.   I honestly miss the simplicity of the hard HTML pages I used to upload to an FTP...   Only because I knew how to fix that.   Now, the site has all manners of code that I do not understand, but we do have people that claim to - and that's a good thing.

For the past 5 years AICN has been in an arrangement that as many of you have noted...  SUCKED ASS.   I agree.  Have agreed.  But there was nothing that could really be done.   I'm not going to get into it, but I will say that everything has changed.  AICN is in the process of making a whole bunch of changes.

The most obvious is going to be migrating TALKBACK to the DISQUS format.   This helps on many levels. For years, too many to count, Talkbackers have wanted simple amenties like...  the ability to EDIT & DELETE their own posts.   To have AVATAR Logos.   To Vote trolls under the bridge where they belong.   To be able to thread talkback the way you want to via Top Rated, Newest or Oldest.  You'll be able to see just the replies to your posts if you want to.   You can have up to 4 levels in your Threads.  In otherwords...   it's a real forum now for you.   AICN will be archiving all DISQUSsions.

Old Talkbacks will exist, but will not be able to be added to.  (agreed, suck)  However, all old articles will have a DISQUS talkback waiting to happen.   Perhaps at some future date when AICN has unlimited manpower - we'll integrate it all, but that's not feasible right now.

Your TALKBACK name is taken in the DISQUS format?   This is the biggest drawback in doing this, I apologize right up front on this.   You can add an AICN to your old AICN name and it'll probably be available, but otherwise...  there's nothing that I can do.   I am going to be HEADGEEK666 - just as I am on Twitter.

OK - so what else is happening besides the annihilation and transformation of our precious Talkback?

Well, AICN is now being served behind a CDN, which means that a version of AICN will be served close to you no matter where you live...  even if it be in far off Sydney or London or Shanghai or even New York City.   That's right, so AICN should load faster for all...  KNOCKING ON EVERY BIT OF WOOD I HAVE!

The site is still in a period of recovery.  We've taken care of the problems that have drug AICN down, this is a first step towards bringing AICN a little bit more up to date.   I know some of you are going to hate this - and even I have to admit, I don't know what I'm going to think of the Disqus Talkbacks...  Ultimately that's up to you good folks and what you make of them.  I would love a less cynical talkback, but that's nothing technology can do.   I don't think.   Can it?