Ahoy, squirts! Quint here. David Cronenberg’s Cosmopolis was one of the big ticket films that got me revved up for Cannes. Who doesn’t love David Cronenberg movies? I know there are those assholes out there, but they must know they’ll get a cauliflower ear if they diss the man or his work around me, so I don’t know that I’ve ever been exposed to a flesh and blood human being who doesn’t, on the whole, enjoy a David Cronenberg film.

So, bright and early I took my daily 20 minute stroll down the hill from my rented apartment (with fuck-all internet, by the way… which is why you see a flood of these Cannes stories instead of multiple hits a day) down to the Croisette, strolled into the Grand Theatre Lumiere and grabbed a good balcony seat for the big show. 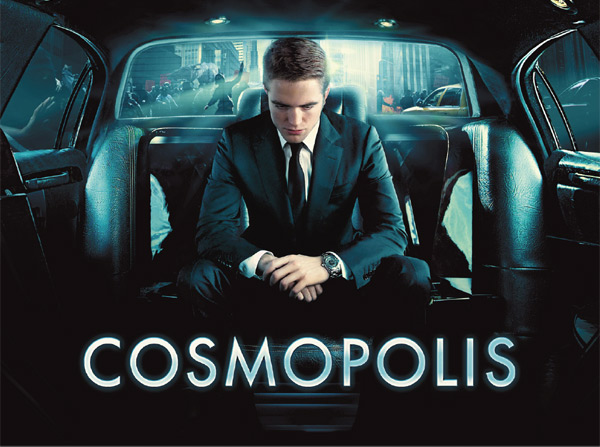 There’s something off about the movie. It was distracting at first… the cadence of the dialogue, the theatricality of the writing, the way Cronenberg seemed to get right in Robert Pattinson’s face with the camera.

Check out this clip… it’s from about the middle of the movie when Pattinson’s character, Eric Packer, a Mark Zuckerberg “young and rich genius” type stops to eat with his wife… a woman who he’s never had sex with, apparently, and it’s driving him crazy. I place it here in this review so you can get an understanding of what I mean when I say there’s something (intentionally) off about this film.

See what I mean? The first scene with Pattinson and Kevin Durand, the head of his guard detail, they speak so oddly that I had a thought that this might be a Matrix scenario. I was wrong, the only reality is the one we see, although I’m sure you can question the honesty of this particular reality since we see it through Eric Packer’s eyes and his point of view isn’t exactly trustworthy.

It took me a little while to get into sync with the film, but when I did was captivated. Especially when we get to the Paul Giamatti stuff. Good God he’s great in this film. Like Academy Awards good. I can see the clip they’d play at the awards (if they still do that anymore), too. I was onboard by the time he comes around, but if I wasn’t I guarantee his performance in the movie would have pushed me over into “okay, you got me” territory. 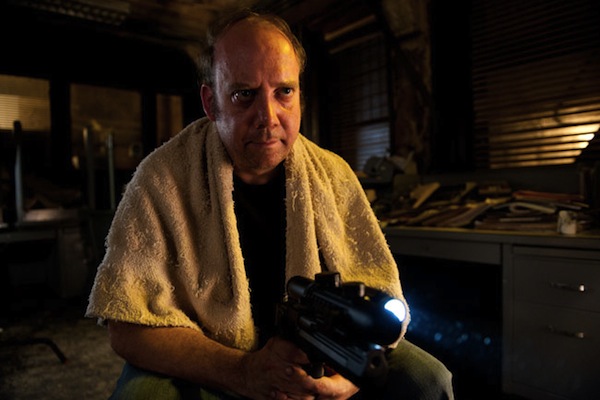 The real trick of this one lies in Robert Pattinson’s portrayal of Eric Packer. This is a guy that has everything and anything bad that happens to him is invited in… kind of a difficult character to empathize with. He’s cold, he talks nonstop about money markets and philosophy, he fucks and eats so much you’d think he was Dionysus reborn.

And when you consider the journey of the film is to get a haircut, you start to get a picture of just how difficult a role this was for Pattinson.

I may not be a fan of Twilight, but I don’t hold that against Pattinson, especially if he’s going to use his starpower to do brave work like Cosmopolis. I wouldn’t say he comes alive here, that’s not the character, but he makes an unlikable character likable. You may not be able to relate to this man, but there’s just enough of a human being underneath the excess, psychosis and self-destructive behavior to keep him from being completely detestable.

It’s no surprise that Cronenberg has the skills to make a film that takes place mostly in a limo feel big. There’s chaos breaking out all around, as you can see in the clip above. Society is starting to unravel, almost in time with Packer’s own slackening grip on his own destiny.

He does that by keeping a parade of interesting character actors coming in and out of the story, from Samantha Morton to Juliette Binoche to Jay Baruchel (how is this his first Cronenberg film? They’re two Canadian peas in a pod) to Mathieu Amalric and the already mentioned Giamatti and Durand.

It also helps that the inside of the limo looks like Tron Legacy… all black leather and blue neon data panels.

Cosmopolis has a lot on its mind and it’s difficult to process after just one viewing. This wasn’t a film I left the theater in love with… it was one I had to mull over. I explored my feelings on this film while writing this review more than I typically do. The more distance I get from the movie, the more I like it. I’ve talked with a few people who didn’t like it much and I understand that. Cronenberg doesn’t flinch from going whole-hog into an offbeat story, not caring if he alienates some of his audience along the way.

For Cronenberg fans his fingerprints are all over the movie… not nearly enough (read: any) new flesh for my taste, but there’s a dark sense of humor that underlines the film.

Love it or hate it, it’s a fascinating movie, a different kind of experience than you usually expect at the cinema. 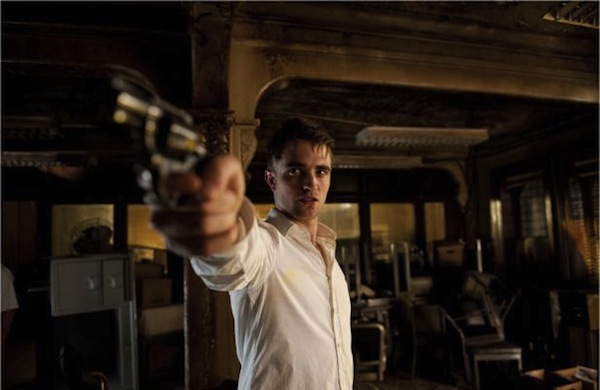