The Sensorties Revisit The Friday Docback (And Still Smell)!! DOCTOR WHO Story #7 Again, The Coming Of Season/Series 7, And More!!

...with a quick revisitation of “The Sensorites."  Arriving on DVD next week in the U.S. (HERE), it's already available HERE in the U.K.  This is the seventh Hartnell story...making it the seventh-ever of DOCTOR WHO on the whole...and it aired June - August 1964.
I wrote about “The Sensorites” a while back,  in an article you can find HERE.  That viewing was via a video file which was lifted from the story’s 2002 VHS release.  Predictably, this new DVD version of the episode is considerably crisper and cleaner in image and sound, each quality lovingly restored to admirable robustness.  Alas, how does the saying go?  You can’t polish a turd...
To acknowledge the arrival the proper release of “The Sensorites” on DVD, I’m reprinting my original VHS-based article herein - incorporating a few additional thoughts , adding an enumeration of the disc's "extras," and essentially turning what  I ran before into a full fledged DVD review like others we’ve run in the past - for thoroughness, posterity, continuity, and all that.     Added musings are visible via colored text below.
By the way:  this article, in all likelihood, represents (what is to my knowledge) the world's first and only application of the word "Moffle."  Which makes this a very important document.  Or not.
But first...
SEASON / SERIES 7 ROLLS FEBRAURY 20!!!
"The first director to shout 'action' will be the award-winning Saul Metzstein whose previous credits include Micro Men (starring Alexander Armstrong and Martin Freeman), the critically acclaimed Late Night Shopping and BBC Wales' Upstairs Downstairs."  per THIS piece over on BBC.
This Season/Series also marks the first time the show will be filmed in the new Roath Lock Studios in Cardiff. 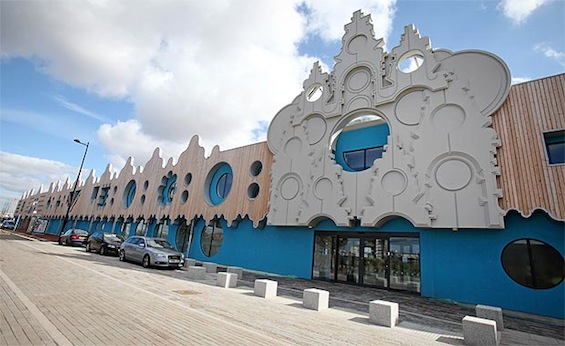 BBC recently confirmed two of the writers who'll be propelling the good Doctor on adventures this Season/Series.  The roster includes Toby Whithouse, who previously scripted Season/Series 5's "The Vampires of Venice" and S6's "The God Complex."  I loved both of these episodes, so  news of Whithouse's return has me rather stoked.   THIS RadioTimes write-up indicates that he'll pen one of Amy and Rory's last appearances - the characters' exit is described as "quite heartbreaking" by one Steven Moffat.
CAMELOT and LAW & ORDER: UK's Chris Chibnall is also coming back, he scripted "The Hungry Earth" and "Cold Blood" in S5, and "42" back during the Russell T. Davies era.
No word on an offical transmit date for Season/Series 7 - but every indication points toewards later this - Fall/"Autumn" - for a run which should rely less heavily on two-parters than S6 (if they're any at all).  The Docback will be here for Season/Series 7.  Wondering.  Contemplating.  Waiting.
As mentioned above, S7 will move Amy and Rory off the playing field.  My personal, completely uninformed prediction for a new companion?  Is probably very, VERY off base... But for purposes of discussion...
-- I don't have his exact quote in front of me at the moment, but Matt Smith recently made an allusion to seeing Australia "soon"...
-- The Moff recently indicated that the Doctor is "...about to say hello to someone very different - the Doctor is going to meet someone very new in the very last place he could ever have expected..."
-- My personal guess and probably erroneous extrapolation is that the Doctor's new companion will be Aborigine, and said companion will initially be encountered in the Outback.  A scene from THE RIGHT STUFF, one of my favorite films of all time.
Can you see it?  I can...very much so.  Although this would admittedly be out of far left field, having an existential companion who's "connected" to the universe in some way could be a very interesting spin on the commonly understood companion conceit.
My second guess would be a cute robot.  I think the Doctor needs a wacky robot sidekick.  Like THIS ONE, maybe?  I'm kidding.  I think.
"The Sensorites" (Story #7) 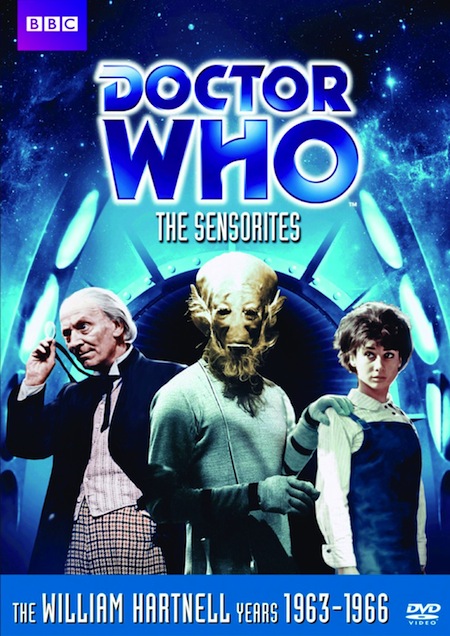 Regular Docbackers may recall a fateful day back in June.  On that day, I set out to watch every DOCTOR WHO ever made (this includes Telesnap reconstructions of episodes available on VHS, but not DVD yet, like this one).  Starting from the show's earliest 1963 episodes and working my way forward, more or less in sequence).

At that time, many Docbackers warned me that rough patches lie ahead ("The Web Planet," "The Twin Dilemma")  - that certain episodes may strain my patience, and even the show's overall credibility, to the breaking point.  With this in mind, and with some sense of budgetary and political context (by "political" I mean the show's sometimes strained interaction with BBC back in the day), I soldiered bravely foreword and have…on the whole…enjoyed what I've seen immensely.   I can not express how much I've enjoyed making my way through DOCTOR WHO on the whole. My boundless gratitude to my friends Ken Plume and Paul Alvarado-Dykstra for nagging and pestering me to "try it out."  WHO, both vintage and current, has been instrumental in rekindling my belief in the creativity of others - and helped ignite a much needed fire under my own ass as well.
Sure, nearly every episode was imperfect.  A few stories were grand on the whole but let me down somewhere along the way.  Other stories were quite capable and solid, but not as fully realized as they might've been with a larger budget (such is the reality of many television series).  But, in general, the experience of watching WHO has been remarkable, eye opening, and in many regards, transformative. DOCTOR WHO - especially the show's current Moffat Model (Moffle?) - has truly re-jiggered my perception of storytelling, mythology, and the hows, whens, and whys of imagination.  Where and when to hold back, where/when to apply them, etc.  Until now, as funky as DW could sometimes be, I hadn't once encountered a WHO that was anywhere near as rank as I'd been expecting…or as deeply unfortunate as folks had warned me the show could occasionally become.  I was beginning to wonder if readers were being too critical of the show, or if I was, perhaps, being too forgiving.
Then came "The Sensorites."
In what is, fortunately, his soul script for the WHOverse, Peter R. Newman opens his story with The Doctor (William Hartnell) arriving on a disabled Earth vessel with companions Barbara (Jacqueline Hill), Ian (William Russell), and "granddaughter" Susan (Carole Ann Ford).
Crew members Maitland (Lorne Cossettes), Carol Richmond (Ilona Rodgers) and John (Stephen Dartnell) are still onboard the vessel, having been forced into a dormant state by the inhabitants of the planet below.  That planet, we quickly learn, is called The Sense Sphere - and its occupants are called Sensorites.  "They are hostile, these Sensorites.  But in the strangest possible way. They won't let us leave this area of space, yet they don't attempt to kill us..." ponders Maitland in one of his waking moments (which are often difficult to distinguish from his sleepier mode).
By the end of the story's opening episode we're introduced to The Sensorites themselves - who we first see crawling around on the outside of the ship's viewport like bugs an a car windshield. 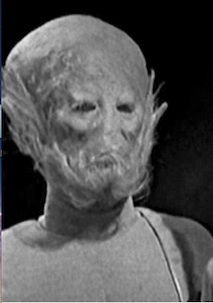 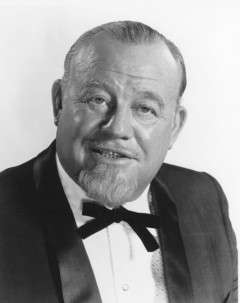 "Sensorites...didn't even have the decency to get wiped, so that we could all mourn its loss and imagine how brilliant it must of been..." - Presenter Toby Hadoke
Hadoke hunks down information about Peter R. Newman, who passed away in 1969 and 1975 depending on sourcing.  (Peter Richard Newman, a "writer," died in 1975, according to death certificates in Westminster). 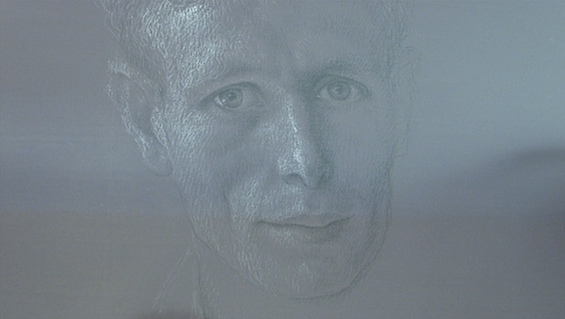 Along the way, he makes some fascinating and emotion-filled discoveries about the elusive and mysterious author of "Sensorites":  Newman wrote YESTERDAY'S ENEMY - an uncompromising and a-typical Hammer film about war and its violent methods.  He was commissioned for several other scripts but he priced himself out of the market and they were never produced, worked "Sensorites" on DOCTOR WHO, but those are those only two known credits.
-- He was a frustrated writer who was not produced after "Sensorites."  He ended up working at an art gallery.

This is a wonderful and touching little extra - VERY highly recommended, even if you don't like "The Sensorites."
"Vision On" (7:02) - presenter Clive Doig
A vision mixer was, essentially, a real-time editor who cut between cameras during recording of vintage WHO eps, based on the script's dialogue and a director's pre-prepared "camera script" (camera placement, shot descriptions, etc.) - the job also included integrating VFX on the fly, etc.
-- Doig describes challenges of actors (like Hartnell) deviating from lines, effectively convoluting   ability to follow plans effectively
-- Discusses working with Verity Lambert (Producer)
"Secret Voices of the Sense Sphere" (2:02)
-- Vision Mixer Clive Doig returns to discuss a woman calling out instructions during a scene in Episode Six of the story - and conjectures what likely happened (technical glitch?  Human error?) that resulted in the woman's voice being laid into the actual soundscape of the episode.
"Photo Gallery" (4:35)
PDF materials (Radio Times Listings, original designs)
Trailer
...for "The Three Doctors" (Pertwee, Story # ), "The Robots of Death" (Baker, Story #. ) and "Tomb of the Cybermen" (Troughton, Story # ) - all coming to DVD in March.