The Friday Docback Joins
'The Crusade'!! DOCTOR WHO
Story #14, And More!!

FIRST IMAGES FROM DOCTOR WHO: THE ETERNITY CLOCK

From the previously discussed PS3 game due later this year, these come to us via the game's official Twitter stream. 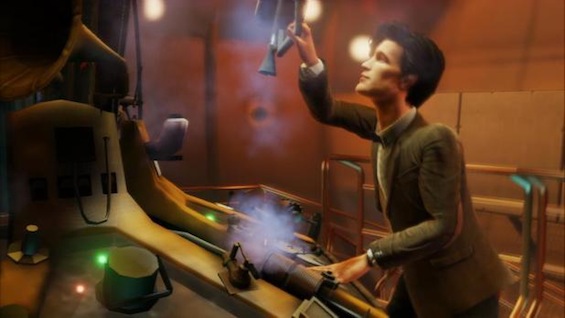 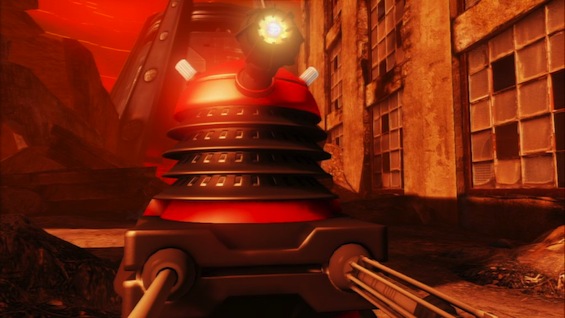 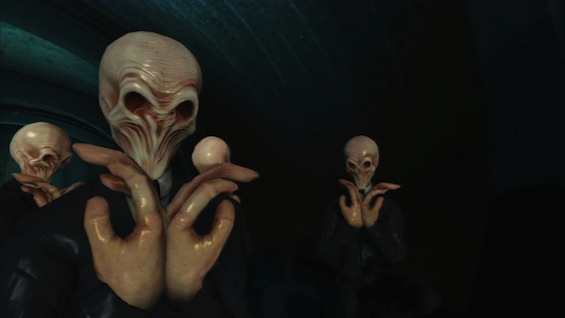 Wonder if it'll be in 3D?  Not sure if I want it to be, as I'm not the world's biggest 3D proponent.  But as that option can be toggled...DW in 3D could be kinda fun, at least for a moment or two...

For those who missed the game's announcement trailer, here it is again... 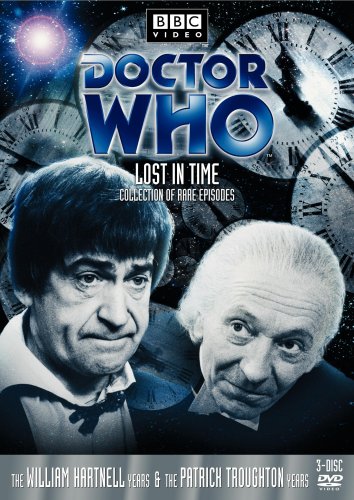 The Doctor (William Hartnell) and companion Ian (William Russell), Vicki (Maureen O’Brien) and Barbara (Jacqueline Hill) materialize in  the 12th Century and immediately become embroiled in tensions between Richard the Lionheart and Saladin.

“The Crusade”  is an interesting beast.  In many regards, its story is unnecessarily, almost dissuasively dense - this isn’t one to watch in the background, or when one is unduly distracted or fatigued.  Ironically, this density cloaks a basic storyline that most would consider relatively simple, straight forward, and conventional in nature once its fat is trimmed away - perhaps the convolution is an unnecessary effort to conceal this truth?   A thumbnail description:  this one’s about two warring houses during a Crusade, a King who offers his sister in marriage to the enemy in a fatigued effort to stem hostilities - but said sister wants none of it.  Our heroes get caught in the middle.  That’s a pretty fair encapsulation of the whole of “The Crusade,” but sometimes its waters are a bit murky, and it’s hard to see matters quite so clearly.

What “The Crusade” lacks in succinctness is more than made up for in its strength of conviction, which is evident across the board.  Douglas Camfield’s direction makes every effort to prevent proceedings from bogging down, and does so successfully for the most part.  Performances are startlingly earnest, especially from Julian Glover (badguy Donovan in INDIANA JONES AND THE LAST CRUSADE - he’d ultimately appear in 8 DOCTOR WHO adventures over the years) as King Richard... 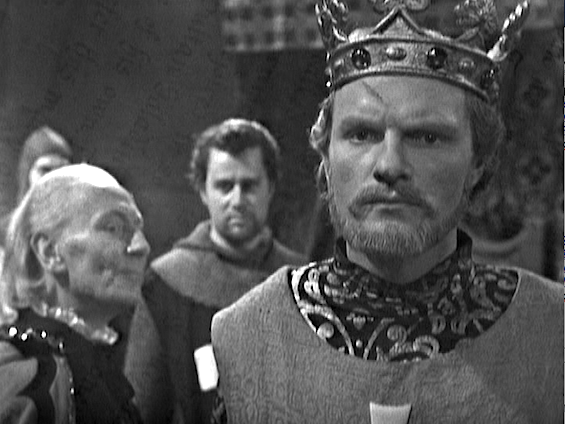 ...and the inimitable Jean Marsh (who would eventually appear in 15 DOCTOR WHOs altogether) as his sister Joanna.  While some actors might’ve considered “The Crusade” “just an episode of DOCTOR WHO”?  Glover and Marsh attack their roles with an energy and conviction one might expect to find in a well-performed Shakespeare play.  There is genuine and unexpected intensity evident in their contentious moments -  masterfully performed and skillfully scripted.

Which brings us to David Whitaker’s writing.  Whitaker, an early series script editor who would later script “Power of the Daleks” and “Evil of the Daleks,” here contributes what may well be one of DOCTOR WHO’s most literate and eloquent scripts, ever.  I realize that’s a potentially reckless quantitative judgement given that I haven’t seen every DOCTOR WHO episode yet, but...my hunch is my assertion will ultimately stand.  “All wise men look for peace - the terms of peace make wise men look fools...” laments Richard in the story’s second installment.  “Hold one hand out in firendship, but keep the other on your sword” intones Bernard Kay’s Saladin as he laments that even offers of peace must be greeted with defensive suspicion.  Such dialogue abounds here, and I haven’t even shared the best of it.  ‘Tis a lovely script with many shining moments, although its overall elegance is sometimes bogged down by its excessive preoccupation with political intrigue the schemings of its not altogether trustworthy characters.

“Crusade” opens with an amusing discontinuity:  the “TARDIS grind” (sounds like a dance move) - whose use was recently established during external shots of the vehicle’s materialization/dematerialization (at this point in overall series continuity) -  “hums” strangely into existence here instead of "grinding."  It's a creepy sound effect evoking a mad scientist’s laboratory.  Maybe whoever was driving actually remembered to release the brakes this time?  Other noteworthy elements include Ian being Knighted by Richard (“Sir Ian of Jaffa”), only to be incapicitated and gnawed on by ants when he sets out on a quest to rescue Barbara.   Barbara is once again seriously threatened by douchey  villains... 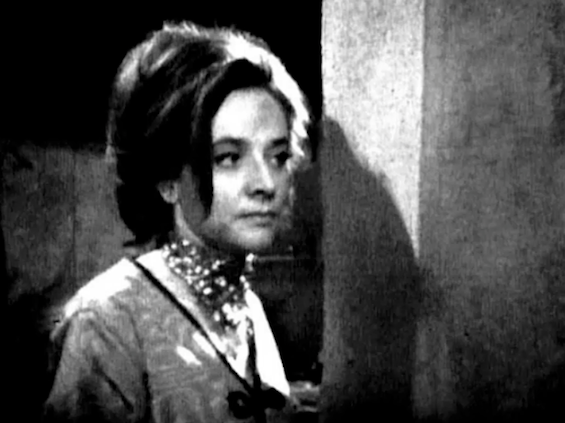 This is an unfortunate but  interesting phenomena for Barbara, who was also imperiled by the scuzzy trapper Vasor in “Keys or Marinus” and put in harm’s way in The Romans.”  While those two episodes strongly implied the threat of sexual violation, the danger here doesn’t feel as extreme.  Taken on the whole, however, these moves feel oddly  lascivious for a show purporting to be aimed at “children”  - a proclamation I find myself questing more and more as I move deeper into DW and its overall mythos. 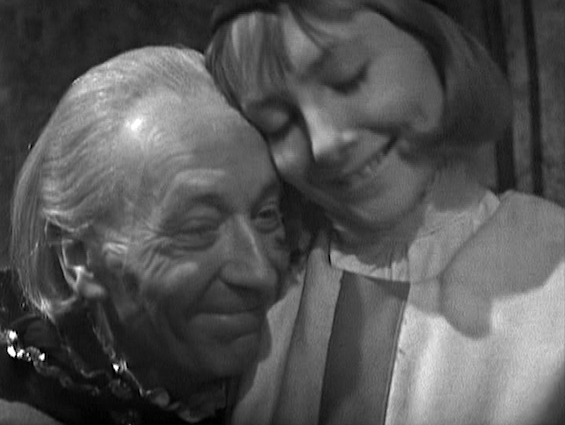 Hartnell’s Doctor and O’Brien’s Vicki have a lovely moment together in Part 3, when the Doctor...in an uncharacteristic moment of awareness and sympathy, comforts Vicki like only a surrogate father/grandfather could.  It’s truly touching.

“The Crusade” emerges as a rather strong entry despite itself.  The assertive passions of many of its principal performers, combined with Whitaker’s often lovely dialogue, raise this story well beyond the frivilous mundanity it could easily have slipped into, bring us what...at this point in the show’s overall progression...are among DOCTOR WHO’s most memorable moments.  The story’s conclusion does unravel a bit in terms of pacing and elegance, but not to the point of tainting the more solid storytelling which preceded it.  An interesting and sometimes surprising adventure.

A genial tip-of-the-hat to Docbacker Bytor and Ken Plume for helping out with the recons.