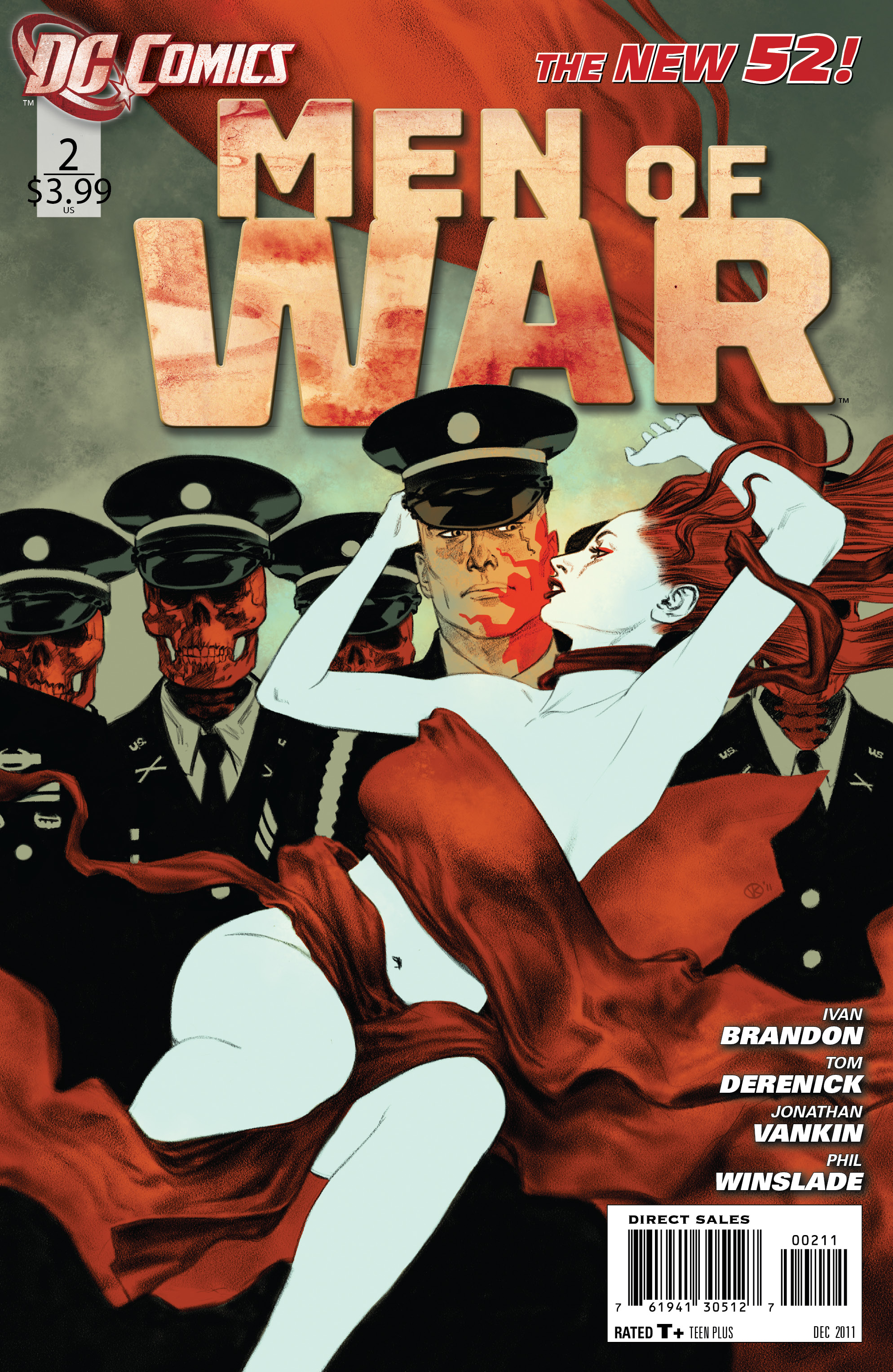 Matt Adler here. I recently got the opportunity to speak with Ivan Brandon, writer of MEN OF WAR, a war comic centered on the grandson of legendary DC war hero Sgt. Rock. Ivan explains how this series differs from past DCU war comics, given its focus on modern warfare, and the involvement of the metahumans of the DC Universe. Included in this interview is a preview for issue #2 of the series. Enjoy!

MATT ADLER (MA): How did you wind up writing MEN OF WAR? Was a war comic something you wanted to do for a while, or were you approached by someone at DC with the idea?

IVAN BRANDON (IB): I was approached. I'm kind of an obsessive war nerd and it was really an interesting challenge to me. 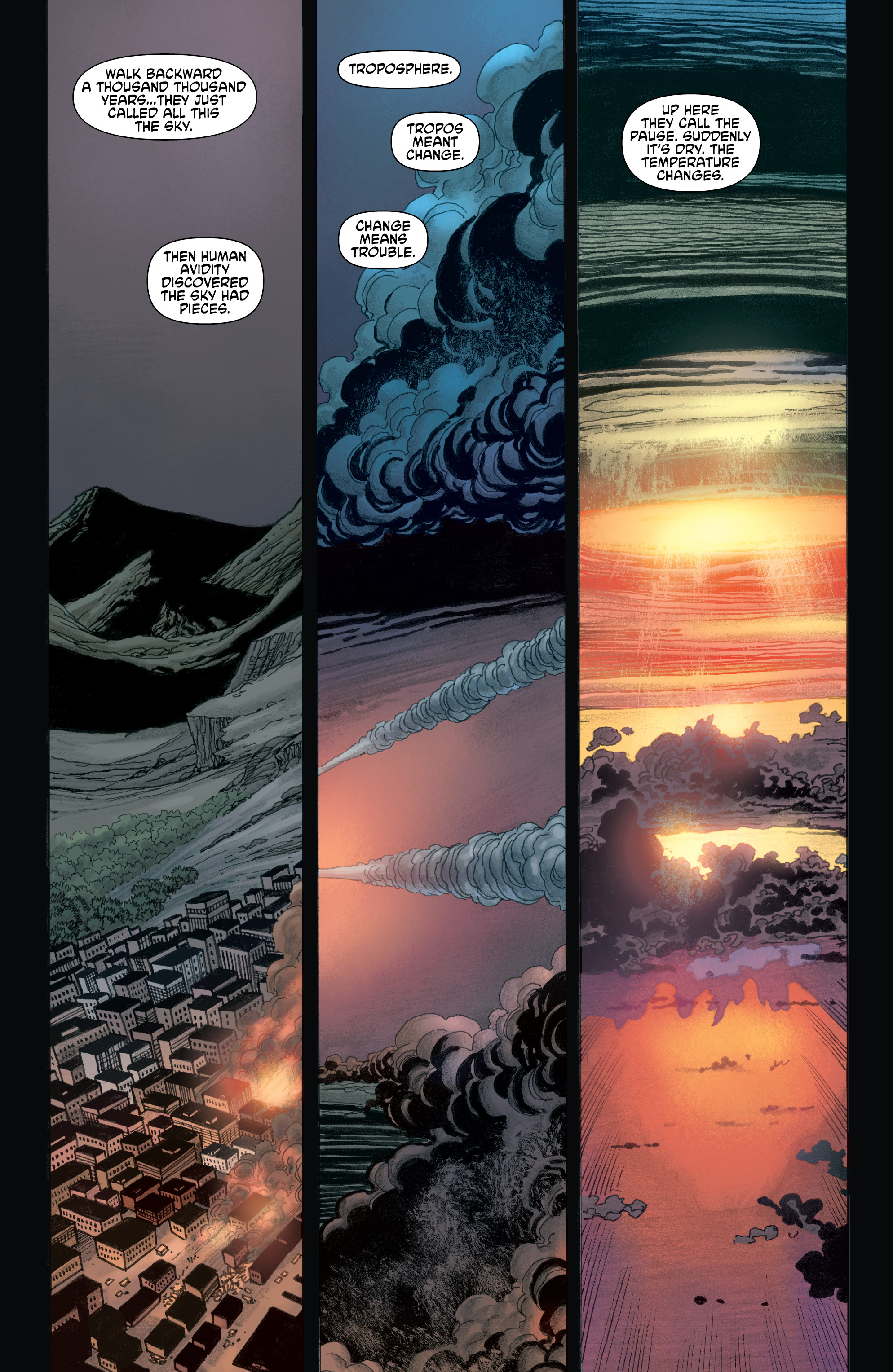 MA: What prompted the decision to set the series in contemporary times, with Sgt. Rock's grandson, rather than making it a WWII series with the original Sgt. Rock?

IB: We're living in a period of prolonged war. It made more sense to tell a story that people could relate to directly. I have some friends who've been overseas; I wanted to tell a story for them.

MA: How different of a character is Joseph Rock from Frank Rock? 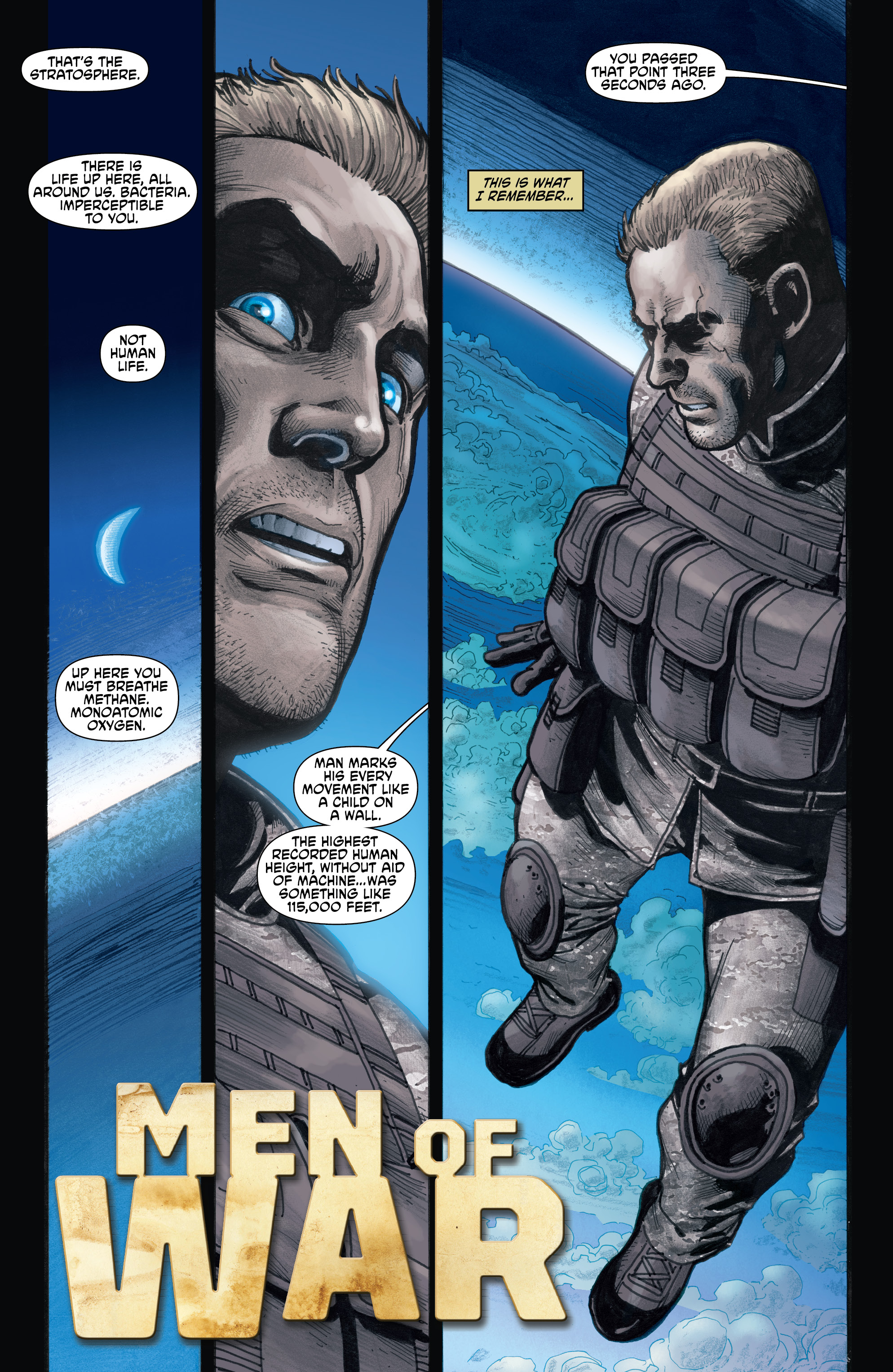 IB: He's of a different era. And he's dealing with the weight of that lineage, of being down the line from a great man who was a hero in a war that didn't throw the term around. Frank Rock was a natural. Joe Rock is younger, still learning how to be a hero.

MA: The region that Rock and his team are infiltrating isn't named, at least in the first issue. Was that a conscious choice?

IB: Yeah. The first arc is really about being overwhelmed and disoriented, about men who have to perform even in an unfamiliar environment, with dangers they can't see. 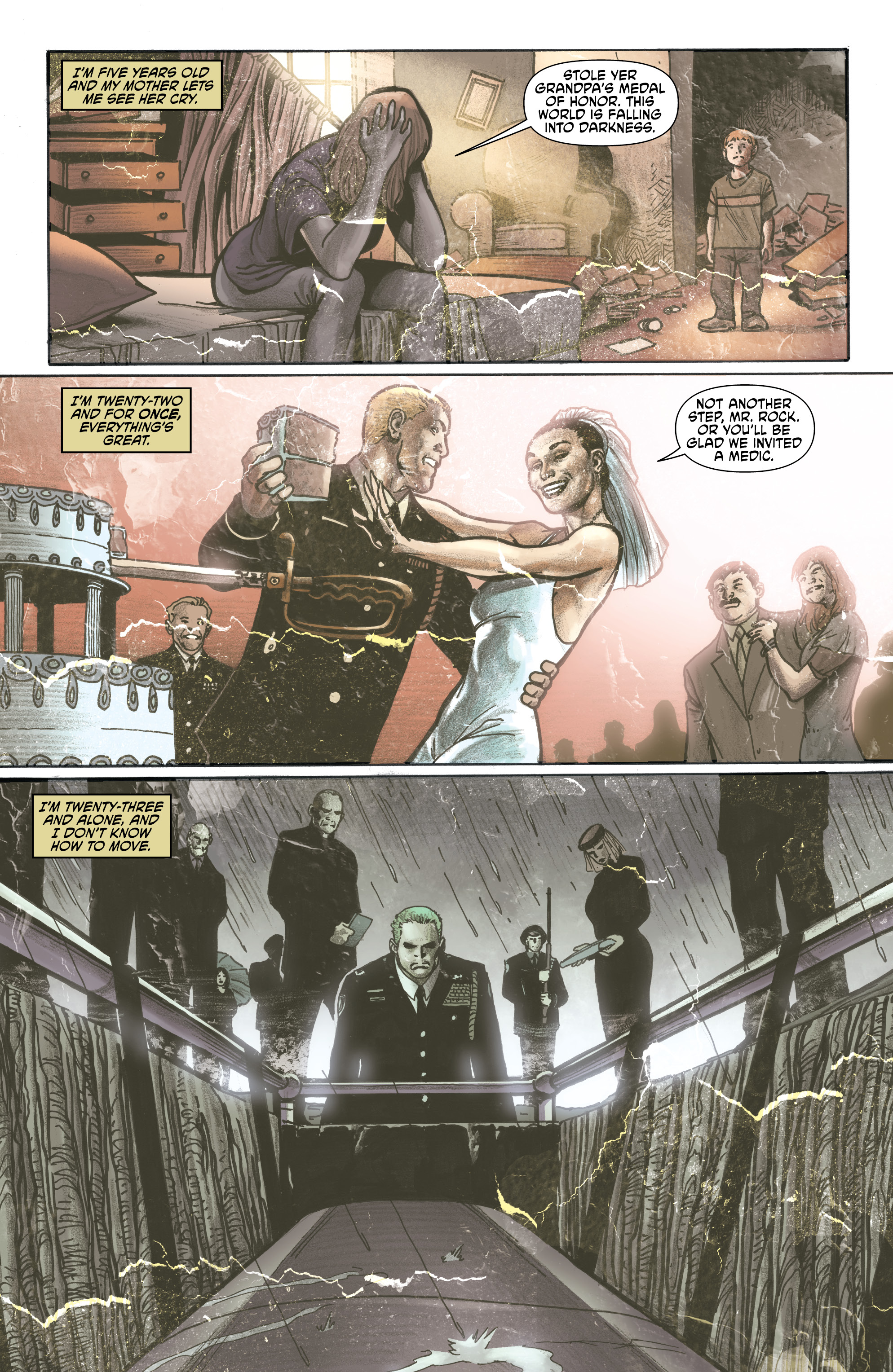 MA: We see in the first issue hints of the larger DC Universe, with Rock's team encountering a superhuman on the battlefield, which they seem to take a dim view of; are we going to see a different take on superhumans in this book than in most DCU books?

IB: A very different take, hopefully. To the soldiers in MEN OF WAR, the metahumans are weapons. Tanks, Bombers. You avoid the tank. 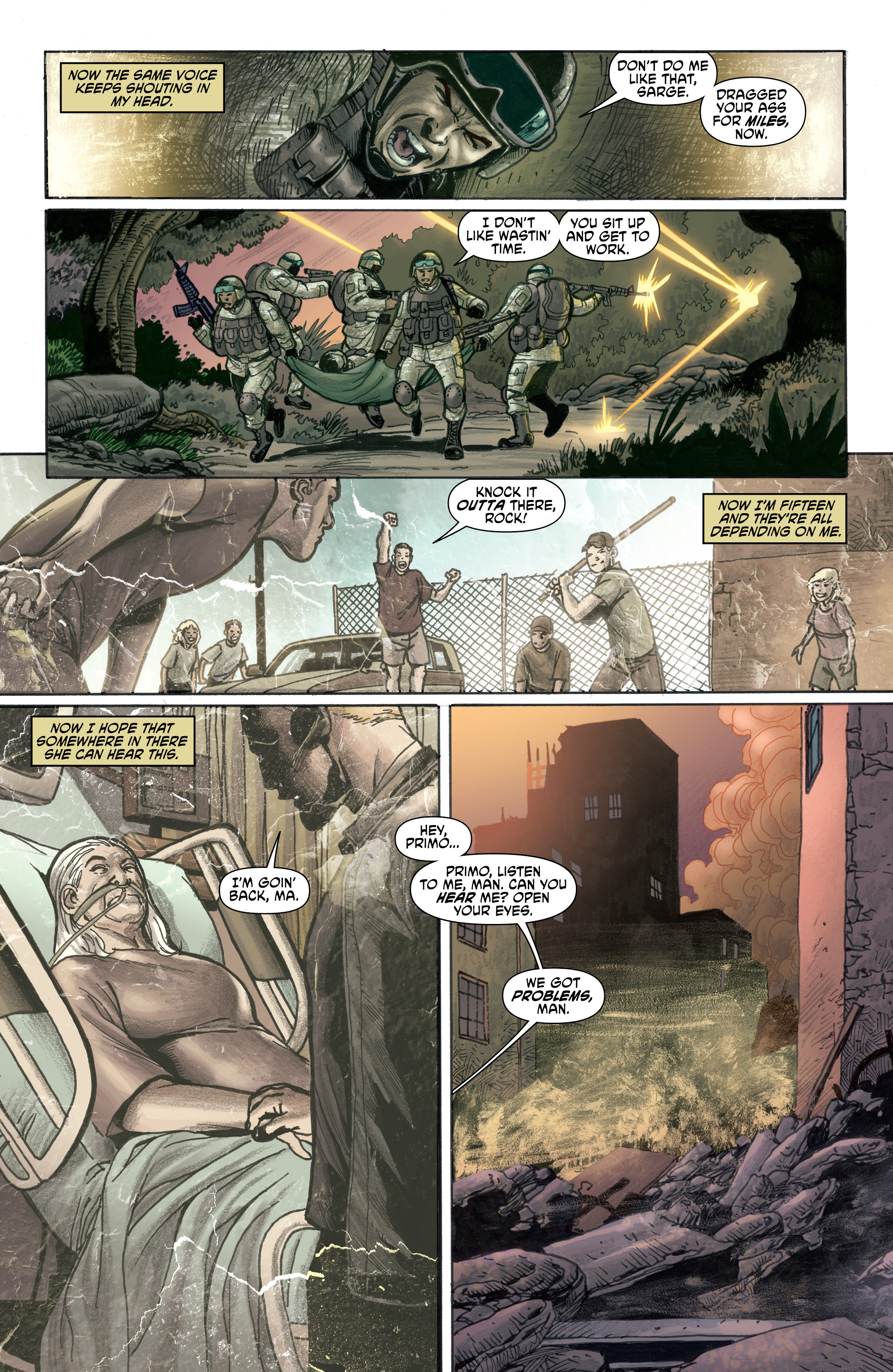 MA: Your artist is Tom Derenick. What does he bring to the book?

IB: Tom's really working outside of his comfort zone, I think. This is a book that's really forced him to think differently, and I think it's really elevated his game to a different place.

MA: Where does the series go from here? Will the story arcs be mostly self-contained with different missions, or are you planning a larger through-line for the series? 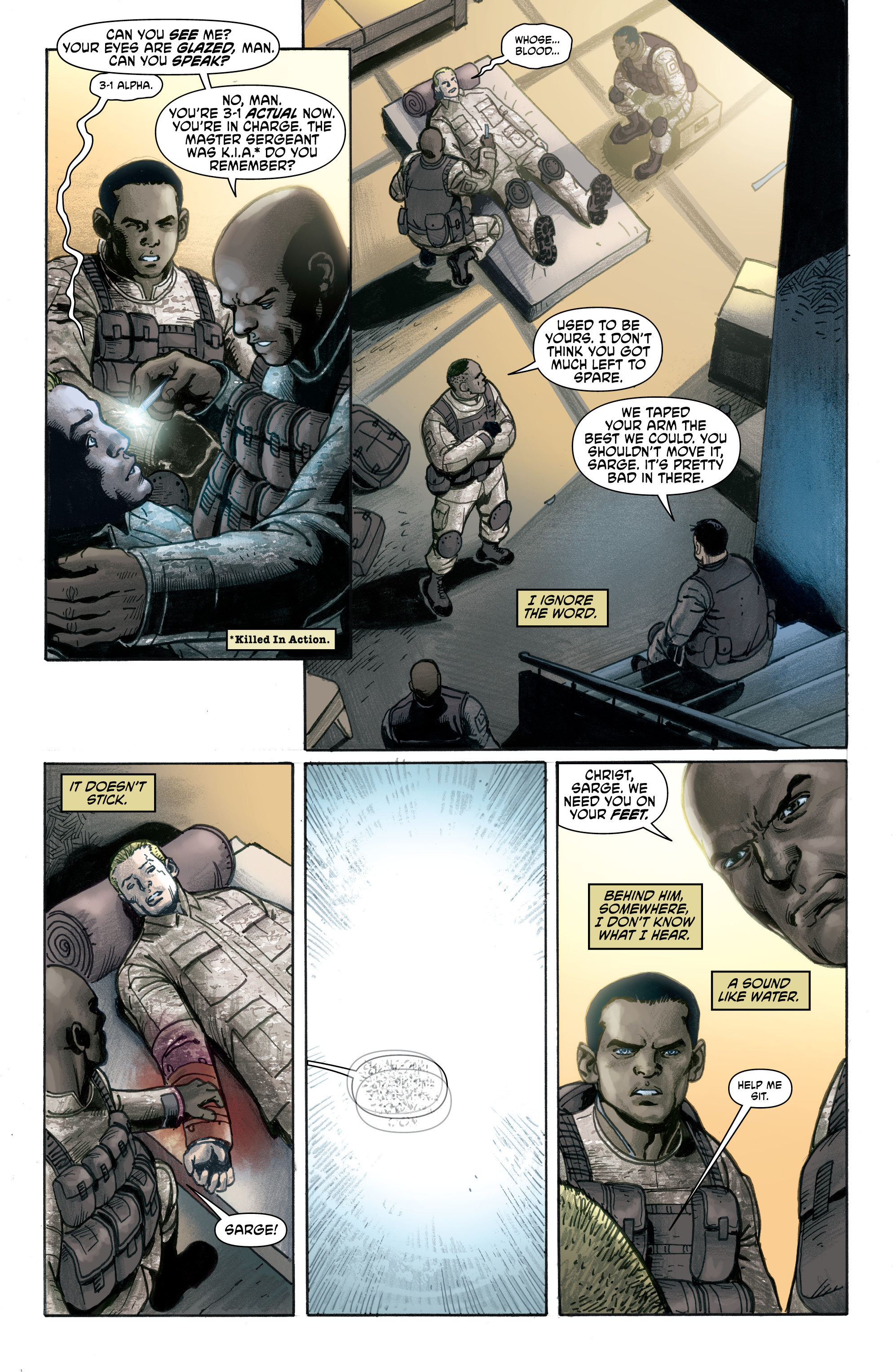 IB: It's hard to say too much without giving it away. But my goal is to tell a lot of different kinds of stories in the book. Some will be more about the DCU, some less. Every conflict is a different world with different dangers and different concerns. Hopefully the arcs reflect that.