The Behind the Scenes Pic of the Day is Vigo! You are like the buzzing of flies to him!

I quite like Vigo the Carpathian, an opinion I’ve expressed before in this column. I’ve featured a shot of Wilhelm von Homburg sweeping up around the set of Ghostbusters II in full costume before.

I view Ghostbusters II about the same way I view Jaws 2. The sequel was made in close enough proximity to the original to still capture the feel of the first movie and a fraction of its charm even if the whole doesn’t totally congeal and lacks the spark of life the original film had. But I like ‘em both.

The previous photo I ran of Vigo is funny, but this one is just plain old awesome-sauce. I love the moving painting effect and love seeing how they executed it.

Thanks to reader Nick Wesley for sending this one along! Click for a bigger image! Enjoy! 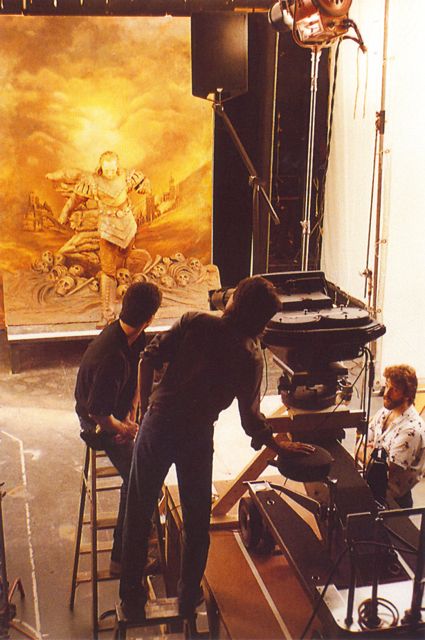 You will not be able to resist tomorrow’s Behind the Scenes Pic!