Quint thinks The Devil's Double is like a real-life Medellin! Sundance 2011!

Ahoy, squirts! Quint here with a review of one of the higher profile films premiering at Sundance this year: THE DEVIL’S DOUBLE starring the great character actor Dominic Cooper in the dual role of Uday Hussein’s body double and Uday Hussein himself.

Walking into the premiere screening I was sure this was going to be an uber serious take on the inner workings of Iraqi politics, so it was quite the shock to see that notorious director Lee Tamahori seemed to be going for a Scarface vibe except imagine that movie but if Pacino was replaced by Tom Hulce doing his Amadeus.

Not only does this movie have the extreme violence (I’m talking out of nowhere videos of torture and a particularly gory evisceration scene), but Cooper plays Uday like a cartoon. That’s not a knock on him because his Uday is psychotic and fascinating to watch, I just don’t know if the way I enjoyed the movie was necessarily the way Tamahori intended me to enjoy it.

You know what this movie is like? It’s like a real life version of Medellin, the overly serious yet exploitative drug cartel passion project for Vinnie Chase on Entourage. Especially the incredibly dramatic finale, with all the slow motion and badass poses struck. 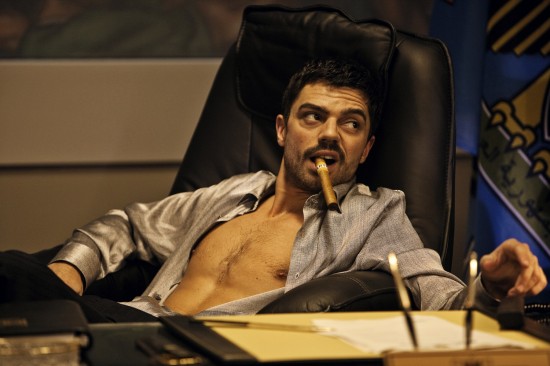 My comparison of Cooper to Hulce in Amadeus isn’t much of an exaggeration. Cooper plays the son of Saddam with a huge amount of energy, which is usually expressed in raping of women, laughing hysterically or shooting his gold-plated gun off at any and everything.

Cooper plays the double much more traditionally, a quiet reasonable man trying to keep his sanity in this crazy new world of decadent wealth and insanity. Latif is forced into his role as Uday’s double because of his freakish similarity in appearance... So, under threat of violence towards his family, Latif becomes Uday’s double.

But the movie doesn’t make much of a deal about the double being used politically. Instead the focus is on Uday’s relationship with Latif. Think of him like Scott Schwartz from The Toy… this dude is lonely and wants someone to share his horrible nature with.

I know it sounds like I’m kind of making fun of the movie, but I totally enjoyed myself non-ironically. I’m just convinced that what I loved about it is also what’s keeping it from being the serious movie I think they set out to make.

I mean, they have a Lethal Weapon-ish dramatic guitar score for fuck’s sake. They must have been in on the joke at least a little bit, right? 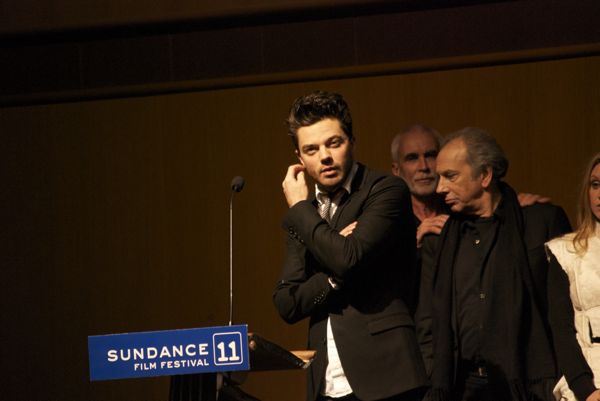 The Q&A was about serious as you’d expect, so I’m more and more convinced that I’m an asshole for laughing during the movie. Like I said above I totally didn’t think I was making fun of the movie or laughing at incompetence… this is just a bugnuts crazy movie. The drama stops at one point to make way for a club shootout between Uday and Latif. The doubles are shooting at each other in a total action movie fashion… totally out of nowhere… In a night club… With nothing but naked extras in the background (Uday literally yells at everybody to “Get naked! It’s my birthday, I want you all to get naked!” And then it kind of turns into an ‘80s gritty action chase movie. Utterly bizarre.

But yes, I had a very good time with it. If Millennium made this with Nic Cage starring and Werner Herzog directing it could possibly be the greatest movie of the year because then I’d at least know for sure what the intent of the filmmakers was.

There are many great dramatic moments in this film… Dominic Cooper’s a damn good actor and even pulls of the Looney Tunes Uday Hussein stuff. But a serious movie this is definitely not. It’s a nutty movie with serious moments.

During the Q&A Tamahori talked about how he things biopics are boring and he likes fiction much more, so take that into account with this picture. That’s a “No shit, Sherlock” statement if I ever heard one, but at least he’s open about how this flick is more about entertainment than education.

I could see a cult following surrounding this movie, so maybe in a way Tamahori will get the Scarface connection he very much wants. 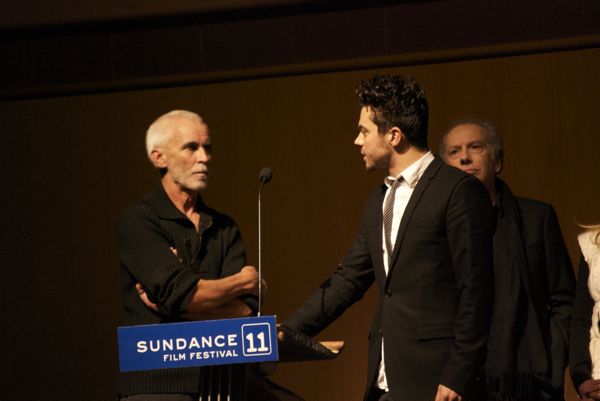