The Behind the Scenes Pic of the Day plays catch up!

Ahoy, squirts! Quint here. I took a little unintentional break on this column as the new site launched, warts and all, but now’s time for shit to get real. No, I don’t have any Bad Boys images for you, but you catch my drift.

By my count, I owe you guys 5 days of pics, so below you’ll get five different BTS images. Let’s do dis.

At the end of the last BtSPotD I promised the next one would be kinda creepy and kinda sexy. The one I was thinking about was a shot from the behind the scenes of the Spanish flick REC, which was remade (uninterestingly) as QUARANTINE. I’m a big fan of the first and second REC flicks and think the reporter girl, Manuela Velasco, is absolutely adorable. So, adorable and creepy man-in-suit together means this picture is here. 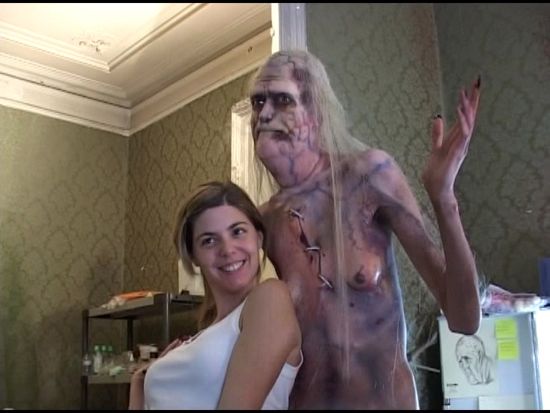 You’re welcome. Let’s go to the opposite side of the film spectrum and throw in a behind the scenes shot from JJ Abrams’ Star Trek. There were a few to choose from, but I really liked this pic featuring a great view of just what goes on behind the camera during a shot that is essentially an over the shoulder on one actor. The one actor in this case is Chris Pine receiving a Vulcan smack down. 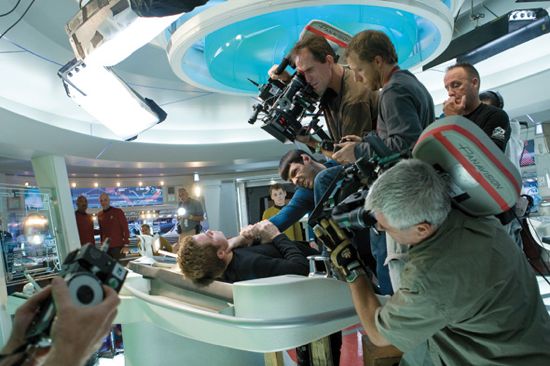 I quite enjoy Bruce Willis’ Western take on a Samurai tale LAST MAN STANDING, directed by the great Walter Hill and I love this photo of cameras seconds away from rolling on Willis’ double-fisted gunslinger about to lay down some lead. 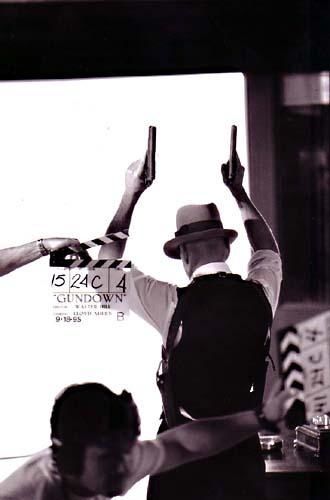 While we’re still with the manly men theme, who’s more manlier than Indiana Jones? Although this isn’t a particularly manly shot. Who knew Sallah and Indy didn’t lift that big fucking ark for the great silhouette shot down in the Well of Souls? I apologize for shattering the illusion. 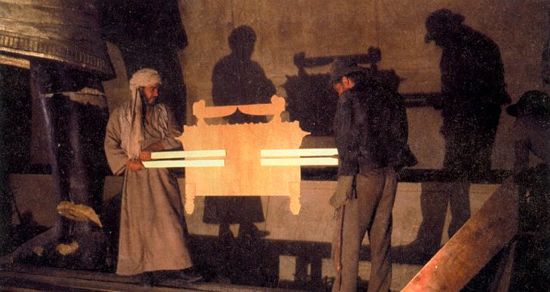 I’m not 100% positive what this pic of Kubrick is from, but I’d hazard a guess that it’s from THE SHINING. It could just be Kubrick sitting around at home for all I care, it’s just a plain great shot of one of our most iconic filmmakers.

UPDATE: This pic was taken during the filming of A Clockwork Orange by photographer Dmitri Kasterine and has quite a story behind it. Check out this Guardian article for the whole rundown. Thanks to Douglas Kirk for a heads up! 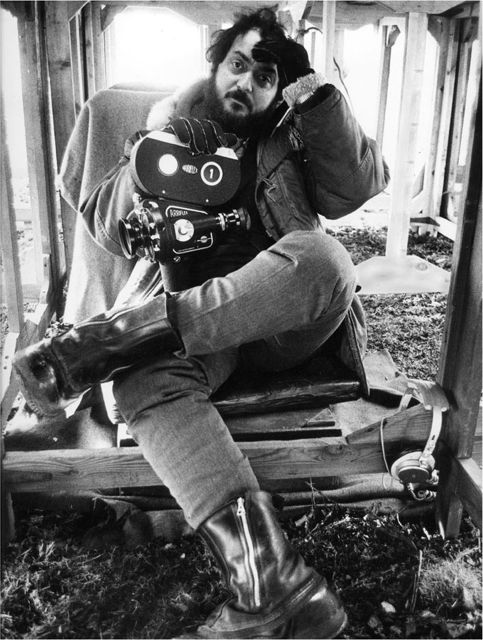 Now that we’re all caught up the BtSPotD will continue as normal. Tomorrow’s pic features a sweet transvestite… No, not Tim, Tony! See you then!