Hey folks, Harry here... Seems after The Rock's last film, he's become a viable action personality, even if that flick didn't make a profit (which had more to do with the INSANE budget of that flick) and since they made sure in the WALKING TALL remake which is based loosely upon the Buford Pusser story of the same name, to not call Dwayne "Buford Pusser".... well, I'm no longer diametrically opposed to the project and am now curious to see it as well. HOWEVER, the two Rock projects I am dying to see are SPY HUNTER and INSTANT KARMA, both of which have the imagination and sense of cool that I'm all for in Geek Cinema Cool. Check these out...

As promised, here are some top secret/exclusive images for all of us to cream-fan-boy/girl-over.  Take a sweet look at the various transportation vehicles for The Rock and his INTERCEPTOR car.  They are: The IES Aquatic Transport, The Weapons Van and the IES Hawk.    Let the world see!!!! Thanks in advance. 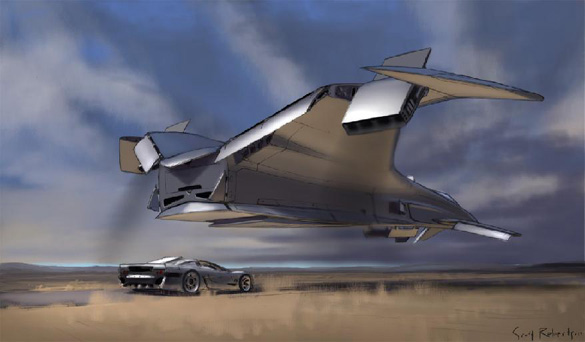 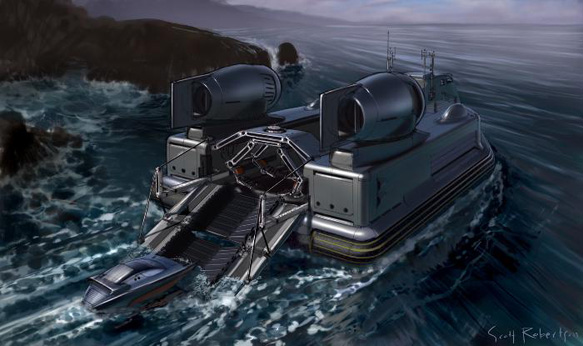 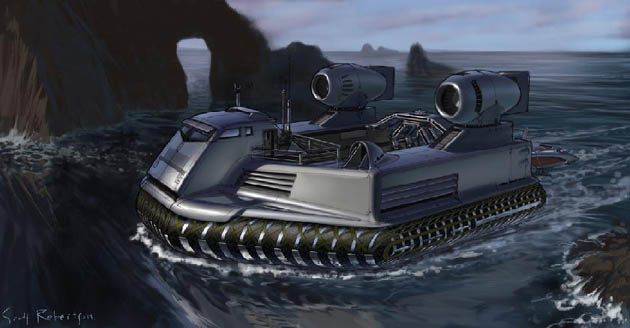