More A.I. Weirdness' Look at the back of the One Sheets!

Hey folks, Harry here with... well... something even weirder than we've had before regarding A.I. According to this scooper, and I haven't been able to lay hands on an A.I. poster yet to confirm, but apparently... He claims that something interesting... and weird can be seen on the reverse side... Something related to the weirdness we've seen thus far... Moriarty is working up a report on everything we know thus far about the mystery concerning Jeanine Salla (if you don't know the significance... look her up on Google.Com! Folks, suddenly this doesn't seem like a simple 'Pinnochio' story anymore... What's up?

Just another little tidbit of info on the great marketing for AI. I Don't know if you're aware of this, but on the back of the AI posters, certain letters have silver circles around them, while others have gold squares. Anyway, when read correctly, the silver rings spell out "Evan Chan was murdered" and the Gold squares read "Jeanine was the key". Anyway, I've attached a pic for you - enjoy! 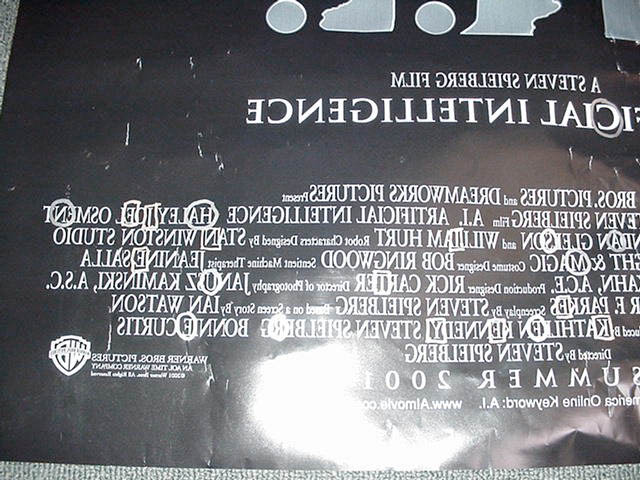