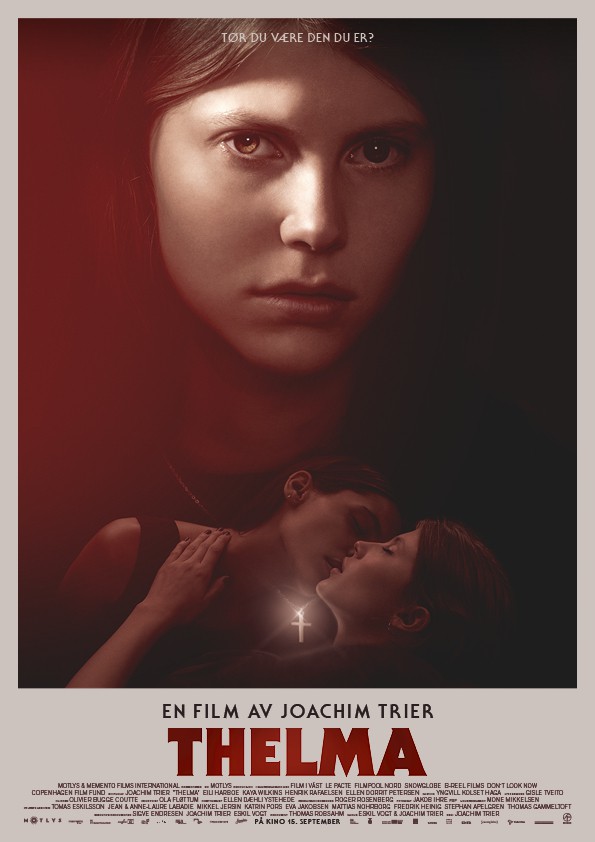 Attending Fantastic Fest has repeatedly exposed me to at least five of my favorite film experiences of any given year. 2017 proves to be no exception as day one introduced me to THELMA.  Accurately capturing the gamut of complicated feelings which accompany the time when kids begin to cross the threshold into adulthood can be tough.  But in the skilled hands of filmmaker Joachim Trier, rest assured the story threads to be tightly woven and deftly told.

We meet Thelma and in quick fashion feel the loneliness and isolation which dominate her initial time spent attending university in Oslo. The difficulties she encounters meeting new friends and the uncomfortable moments that are part and parcel with trying to appear cool when out of one’s element are further exacerbated by the pressures accompanying millennials growing up in a world dominated by social media.

Taking a page from religious believers who bear such conviction they put faith in a higher power’s ability to alter a person’s predisposed inclinations, Thelma’s parents have instilled a sense of religion in her with the hope of quashing what may be supernatural abilities.

However, nature threatens nurture when Thelma falls in love with another girl, unleashing her possibly destructive and wholly unpredictable potential, forcing her to re-examine both her upbringing and her future.

Director Trier handles the difficult, layered, emotional nuances of sexual awakening, leaving one’s childhood home, and becoming an adult with the deftness of a filmmaker with decades more experience under his belt. And he does it in a way that feels genuine, without belying the rules he establishes.  The rich world he has built would be far less intriguing if not for the brilliant performances by Eili Harboe as Thelma and Okay Kaya as her love interest Anja - both actresses astound in their fully realized and empathetic interpretations.

A phenomenal film and terrific way to begin the festival this year!