You like THOR: RAGNAROK trailers... How do you feel about Taika Waititi doing AKIRA?

Hey folks, Harry here...   I... I just don't know.   Taika Waititi is great.  Flat out.  But making an AKIRA movie, at Warner Brothers...  This is to take place in MANHATTAN - and is a Western telling of the story.  Every name I've seen on casting over the years were the young leads that would play to the Mid-West.  Now here's the thing...

GHOST IN THE SHELL - both the anime and the film from Paramount I absolutely enjoy.  But it did earn its whitewashing tag - and that crippled the film domestically. Poisoning critics and with the press reporting - I do feel it poisoned the film.   But also - I think that the concept of GHOST IN THE SHELL was never sold, instead focusing pretty exclusively on how hot Scarlett was and how cool looking the movie was - leaving the potential audience wondering if there was anything more.   $40 million.  All the press was negative.  Now the film was accepted around the world without a lot of those problems being raised, but still that came to $126 million for a total just shy of $170million - with a budget of $110 million.  That got us amazing work from WETA - some pretty cool action, but the film didn't pop to life.   That was Rupert Sanders.

Warners' challenge is to make this the film for our modern world.  One that is first and foremost entertaining and emotional.  Taika can do it! I have the utmost confidence in him. 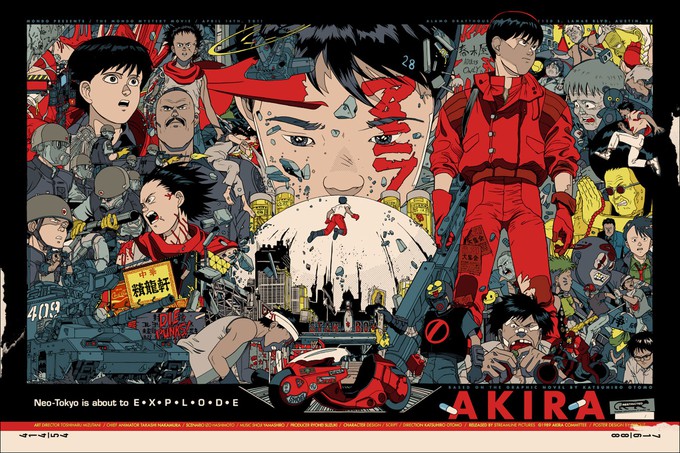 I've read old drafts of AKIRA that I dug.  I could imagine being a fun film, with Taika post-THOR: RAGNAROK - it'd probably rip the walls and ceilings out of theaters it could rock so hard.

Man, I want AKIRA - but will people just let the film be made and realize countries around the world adapt everything successful in this country for their markets - and the American studios - Personally, I feel Taika has the right sense of energy and badassness to make AKIRA work.   I can't wait to see his NEO-MANHATTAN - his punks and mutants...   GOD - AKIRA could be such a cool - leave nothing behind smash mouth filmmaking!

It could also get incredibly political - I hope Taika Waititi gets to do this and has absolutely smooth sailing.