The first poster and trailer for Insidious 4 introduces us to a new creep! 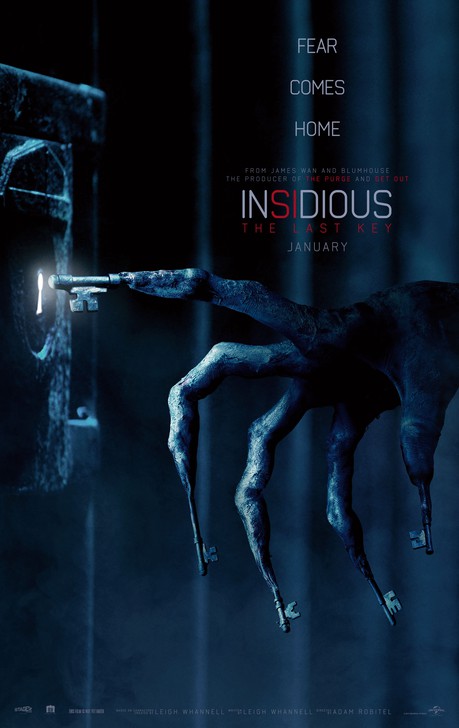 Ahoy, squirts! Quint here. I'm lukewarm on the Insidious movies. Some of that can be attributed to being a tad overhyped by the time I saw the first one. Everybody was telling me it was "the new Poltergeist," then I saw it and... disagreed... with that sentiment.

The experience of watching these movies is more akin to walking through a horror maze than actually experiencing something terrifying firsthand. The Conjuring films give you that latter feeling, of seeing something truly scary, and is my preferred James Wan mega horror franchise.

But you gotta give props to any series that'll make the awesome Lin Shaye it's star. She's front and center once again in this one, which seems to be going in a more fairy tale horror direction.

Check out the trailer below:

Feels like the franchise is spinning its wheels a little bit if I'm going to be honest, but then again you're hearing that opinion from a guy who has never been super psyched for this particular series.