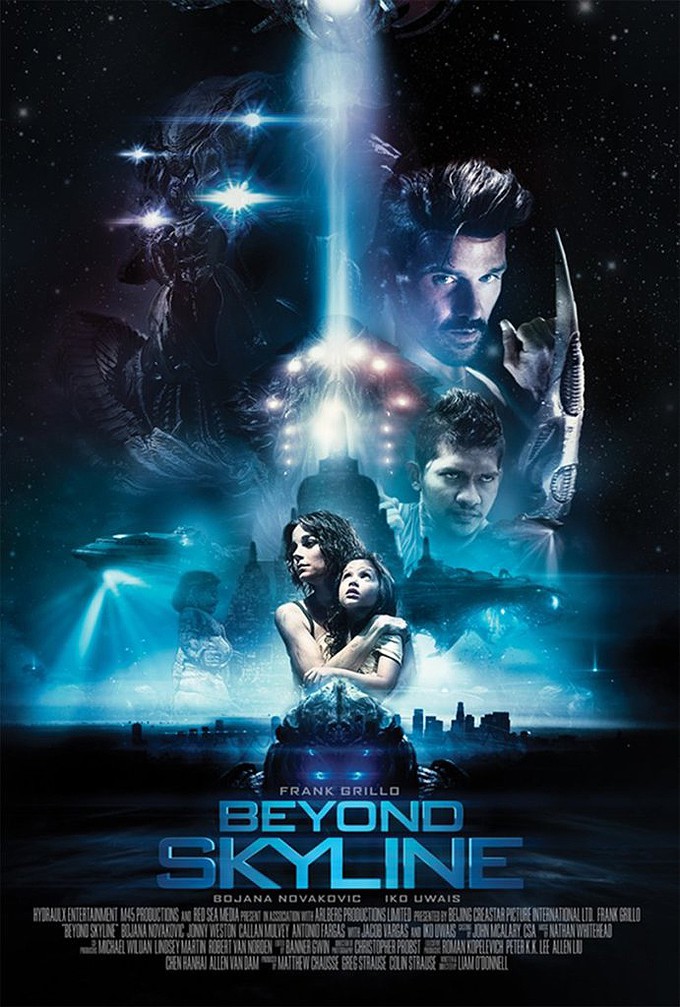 Hey folks, Harry here...   Oh man...  I love this trailer.  Did you see SKYLINE?  I dug the hell out of that film.   Wasn't totally in love with the actors so much, but I loved the Aliens, creatures and evolution of that world of OH FUCK.   It was a smaller END OF CIVILIZATION as we know it flick, but it had some crazy bugnuts ideas...  but sometimes you need a movie to cry out "WTF" before slashing your mind with a Frazetta Axe of Wow.   Now - Screenwriter Liam O'Donnell, who was behind the original SKYLINE has teamed up with the XYZ FILMS guys - think MERANTAU, THE RAID, THE RAID II, HEADSHOT... and made BEYOND SKYLINE.

First thing you realize is it has Frank Grillo - on a TAKEN style mission to get his son back, but instead of it being evil French criminals...  it's ALIENS!  And somehow in the story it seems Grillo's story will take him from the subway in Los Angeles to Jogjakarta, Indonesia and the amazing Sewu Temples there.  Reminds me of Angkor Watt - but this is where Grillo joins forces with...  IKO UWAIS...  The badass - that has zero quit and an amazing prowess for badassery -  and just check this out!

Now - where can you see this?   Well, it will World Premiere at Sitges International Film Festival - so click your ruby slipper heels three times and maybe you'll be there to see it.