Oxygen Destroyer for Mike Dougherty's GODZILLA: KING OF THE MONSTERS? 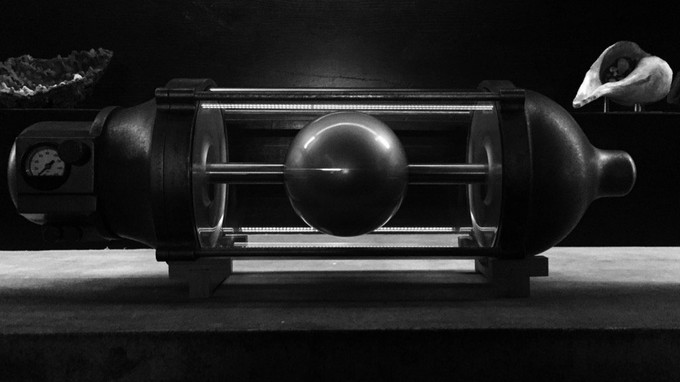 Hey folks, Harry here...  Writer-Director and twice time BNATTER, Michael Dougherty tweeted out the image of the OXYGEN DESTROYER that you see above.   Now, if you don't recognize that device, get ye to work watching classic GODZILLA movies, starting with the 1954 classic!  This was the "How do we kill Godzilla Answer" of the first film.   Of course, what poor Daisuke Serizawa, its inventor - and guilt laden suicidal scientist who activated the bomb in person to destroy both himself and Godzilla - and eliminating his grand deadly invention so it could never be used again - and saving all humanity from the terror of GODZILLA...   but...   The movie was popular, which means - not only did it fail to liquify Godzilla, not only did Serizawa die - while the big guy lived on, but his device - showed up multiple times in the subsequent films meaning...   THE TECH GOT OUT!   You can not bottle a death Genie!  Especially in a science fiction monster movie.

Now here's Serizawa with his Invention in the original 1954 GODZILLA 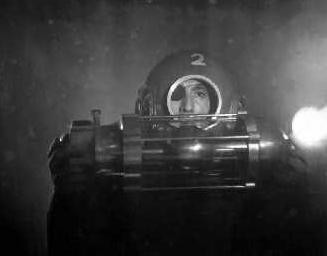 I asked Mike Dougherty if the OXYGEN DESTROYER was making a Cameo or was an actual PLOT DEVICE for his upcoming GODZILLA movie, which I still hope is GODZILLA: KING OF THE MONSTERS.   And Mike gave me a firm answer of "YES"!

Another thing - Personally I get annoyed reading people referring to MOTHRA as a bad guy.   MOTHRA is a benevelent being!   RODAN - has been a consistent threat - but has teamed up with Godzilla & Mothra to take on Ghidorah - before.   Just assuming all monsters are EVIL - is monsterist!  And I really hope the Shobijin are there to sing for MOTHRA - cuz that's magic!  Along with the Mothra Fairy Dust!  Oh man...   Dougherty is gonna make this film crazy awesome.  Got my fingers crossed!