Rest In Peace George A. Romero 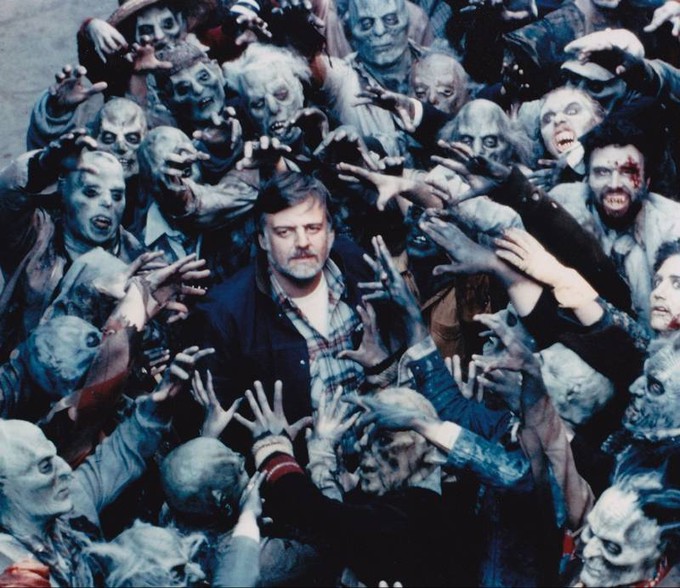 Hey, guys. Quint here. There's no question that we lost one of our most influential living directors on Sunday. George A. Romero was a titan. Not just in his real life (he was very tall) or personality, but in the industry. The only other modern filmmaker I can think of that had as much of an impact on storytelling as Romero is George Lucas.

Romero created something special when he made Night of the Living Dead and it's not as simple as tweaking existing zombie mythology into something wholly different, instantly iconic and terrifying. He did that while shoving as much subtext as he could into the thing. That's always existed in genre going back to the silent horror of Caligari, but Romero brought it much closer to the surface. Social commentary via fright flicks became almost as important as the new lore he created around the monsters.

I'd say Night of the Living Dead provided the example much needed to give horror the street cred it deserved. The racial commentary throughout Night elevated it not just for audiences, but for film scholars and upcoming filmmakers. It was okay to make a genre picture because it didn't have to be 100% schlock. You might even be able to say more with a monster than you could with a stuffy dude in an even stuffier costume. 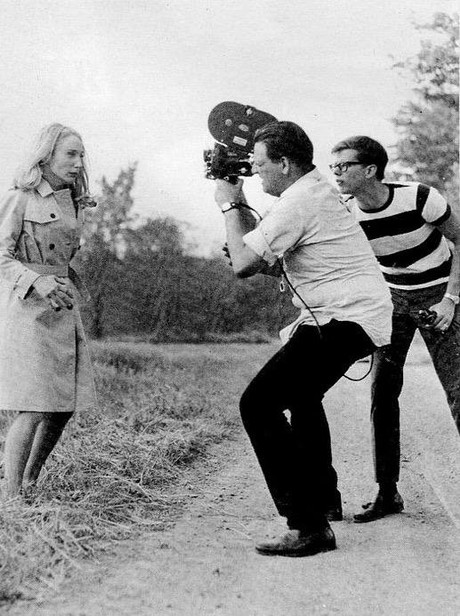 The floodgates on quality horror certainly opened after Night of the Living Dead premiered. Black Christmas, Halloween, The Exorcist, Carrie, The Omen... all were big successes. All had something meaty behind the horror, not just hollow exploitation.

Roman Polanski gets to take a little credit for that shift as well, with Rosemary's Baby (which opened months before Night of the Living Dead premiered) striking a chord with audiences and the weight of the A-picture production value behind it. But Romero was able to appeal to more than just the intellectuals. His influence was much more grass roots. Night was a drive-in success, playing for years on that circuit. It was rural families and teenagers and working class people who returned time and time again to this movie, the exact people who needed to see the message of tolerance and acceptance at the heart of the movie.

Rosemary's Baby is freaky as hell, but classy. Night of the Living Dead is way more grounded. The handheld style makes it look more real, like the camera is your POV and you're trapped in that house with the leads. The shocking (for the time) gore, brief flashes of zombie butts and the many taboos broken all service the greater message so that it's not a weird pill to swallow after your spoonful of sugar.

Romero always always always has something on his mind and that's what makes every single one of his movies worth a watch. Now, he whiffed from time to time, but he did so in a way that can only happen when you're swinging for the fences. I find Season of the Witch particularly difficult to get through, but it's a trippy movie with a pretty strong female empowerment angle. There's something interesting there.

Dawn of the Dead is the movie of his I've seen the most. It was one of those “I wore out the tape” titles, which I guess might be one of the reasons Anchor Bay put out a hundred different versions of it over the years.

The commentary on consumerism wasn't lost on me, even as a young teenager, but it was the somber, doomed tone that really intrigued me. It was one of the first horror movies I felt a kind of depressing finality with. All the characters are survivors, but the monotony of surviving the apocalypse fascinated me. 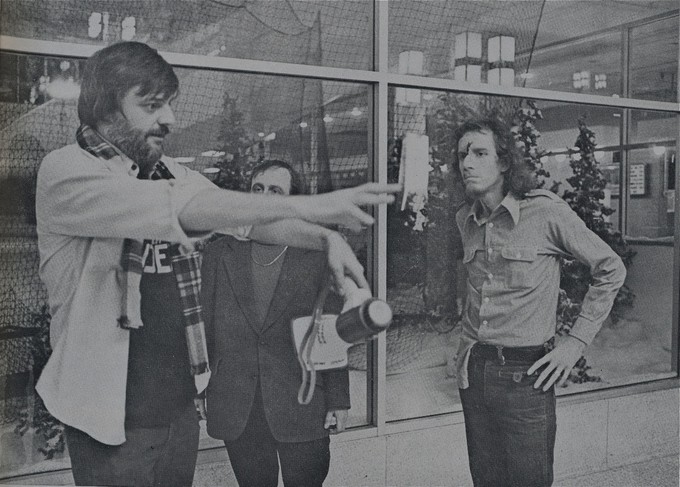 Again, Romero was smart pushing the envelope of the gore. I might get pumped up for the exploding head or the zombie that steps into the helicopter blades or Flyboy's contorted undead figure, his gun hanging uselessly off one rigor-mortis'd finger, but I connect deeply with the friendship and love on display between our leads. I relate to the bursts of glee when getting to play house in a mall and understand the low lulls as you realize you're more prisoner than free person.

The way Romero balances light and darkness in that film is remarkable and even more remarkable when you realize this is the second time he reinvented a genre and pushed horror forward another decade.

Day of the Dead and Land of the Dead are less successful, but both have strong characters and iconic moments. Day in particular does a great job of capturing that unique Romero zombie movie tone despite Romero being screwed ten ways over while making it.

Truth be told it'd be tough for me to stand up for his later Dead films, but I'm sure if I revisited either Diary or Survival I'd find something interesting to get me through some not-amazing performances and awful production value.

I'm going to assume that most of you reading this will be fluent in his undead work. You'll no doubt be familiar with Creepshow and The Dark Half, but I'd like to suggest a couple movies of his you may not have seen..

First up is Martin, which is the movie he made just before Dawn of the Dead and it's flat out great. It's his personal favorite movie of all the ones he was involved with and when you see it you'll understand why. The movie is about a young man who claims to be a vampire. I don't know about that, but I do know this kid is all kinds of messed up. 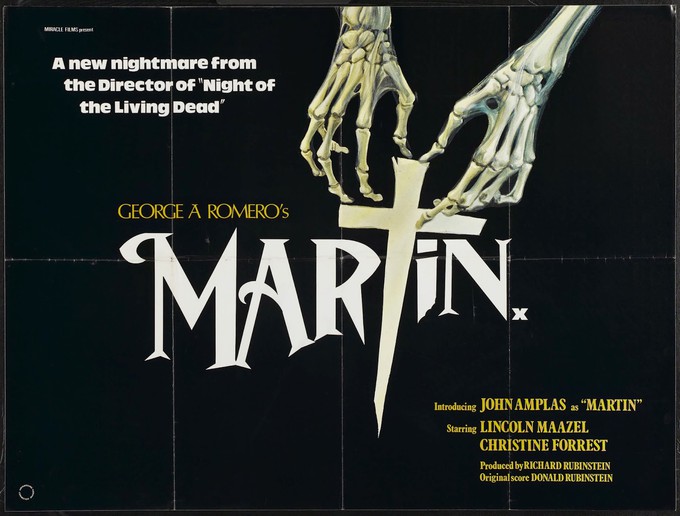 The other is a weird as hell movie he did about modern day medieval games done on motorcycles called Knightriders. This movie stars Ed Harris and I think it's safe to say there's no other movie like it. It's not genre at all and that's what's so amazing about it within Romero's oeuvre. I mean, it's not drama, but I challenge you to tell me what shelf it should sit on in a video store. It's not really action, it's not fantasy, it's not a thriller... Knightriders gets its own shelf! The Knightrider shelf! 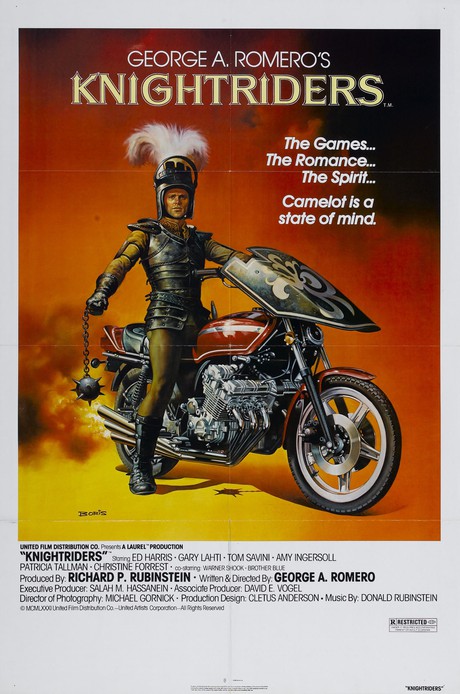 Romero gave us so much and it makes me sad that he struggled so much. Lots of people got rich off his genius, but he always had to fight tooth and nail for his work. I heard a lot of industry scuttlebutt about how Universal didn't get him on Land of the Dead and didn't understand the movie he was making and rode him hard while shooting. You'd think the guy who invented the genre as we know it might get a little rope to do what he wants.

But although he never had it easy the man never ever took it out on his fans. Since his passing I've seen an outpouring of love from the cinephile community and most of them have their own personal Romero story. He traveled the convention circuit a bit and never got sick of showing his most famous movies and talking about them.

I myself had only brief interactions with him over the years. In fact, the only time I spoke more than a sentence to him was over the phone when I did a road trip up the East Coast and made a point to swing down to Pittsburg on the promise of doing an in-person interview with him circa 2001. I called a number I was given when I got into town and he picked up, then apologized over and over again for having to bail because it turned out I got into town on the day his granddaughter was getting baptized.

While I can never claim to have gotten to know the man, I can do one better: I got to be one of his zombies.

It's true. My buddy and make up effects magician Greg Nicotero was working on Land of the Dead and casually floated out that if I was at all interested in being a Romero zombie all I had to do was get myself to Toronto. So, I got myself up to Toronto.

Greg kept his word and I spent a night shuffling in the below freezing winter weather kept warm by layers of dirty zombie clothes and a big facial prosthetic that made it look like someone had taken a big bite out of my cheek.

The scene was after the zombies came out of the water and walked, en masse, to Dennis Hopper's tower. I can tell you that night will always be a core memory. Having the maestro instruct your zombie crowd how to shamble correctly towards camera while soldiers with automatic weapons fire blanks at you will kind of stick with a movie geek. 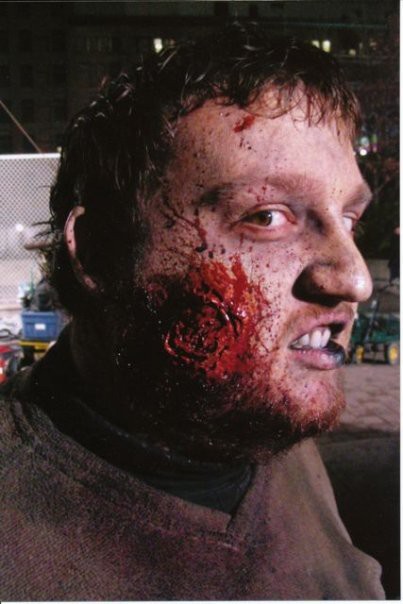 If there was a Mt. Rushmore of horror, George A. Romero's face would be on it. He did so much for the genre that got me and so many other film fans into the artform. He pushed us to think deeper. He challenged us in the way a great professor will, with love and encouragement and respect. And he even sweetened the pot with an exploding head from time to time.

Thank you for everything you've done for the art and the audience, Mr. Romero. My thoughts are with his friends, family and fans. 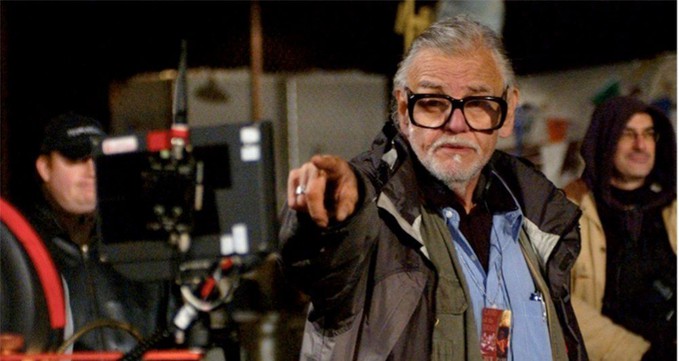 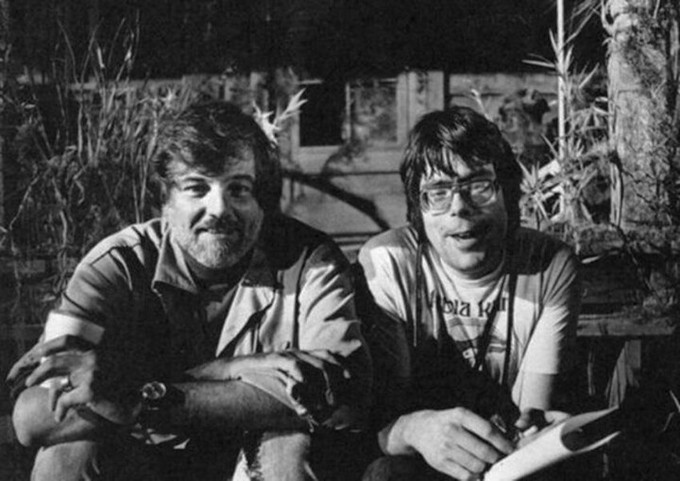 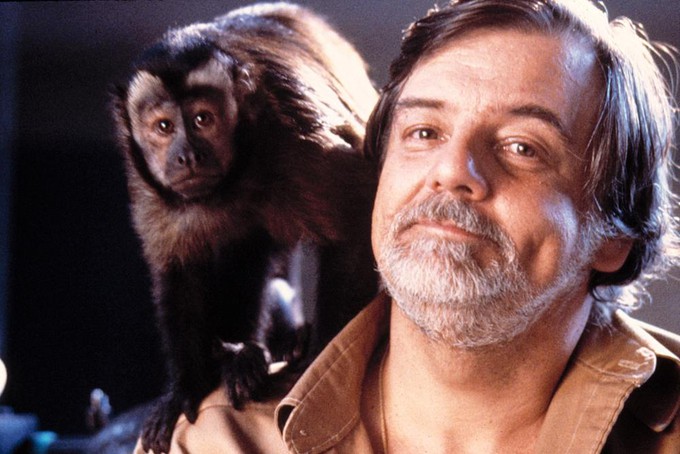