Check out Cyclops in our first peek at Spielberg's adaptation of Ernie Cline's READY PLAYER ONE!

Hey folks, Harry here with the first "Official" image from Spielberg's READY PLAYER ONE from the Ernie Cline best-seller.   It's a fun image of Austinite, Tye Sheridan as Wade Watts in his hideout, where he has his school provided equipment, a low end way of accessing the OASIS.   In this shot - what's going on, is that Wade reaching for the first Egg?   Or just checking something cool out in Aech's pad?   We won't know for a while, but I do like that Spielberg has embraced Tye Sheridan's Scott Summers aka CYCLOPS cross-branding with his CYCLOPS VR headset! 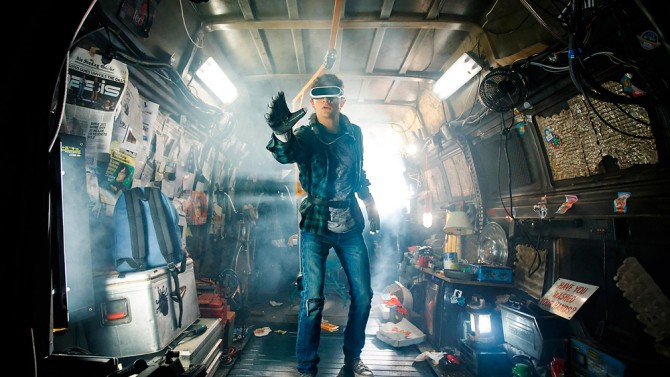 Another fun aspect here is zooming in and looking around at the pic.   Notice all the Halliday articles on the interior of this junkyard van!   Or the Bike that's rigged up to a generator to power Wade's exploits as the legendary gunter, Parzival!  Pretty sure that's a He-Man lunchbox on that table above the lantern.  Poke around, what do you see?

Fun bit, this is kinda like the first shot that Ernie Cline released by Gordon Jones, an artist that Ernie hired to help inspire his brain as he was writing the screenplay - long before Spielberg was attached. 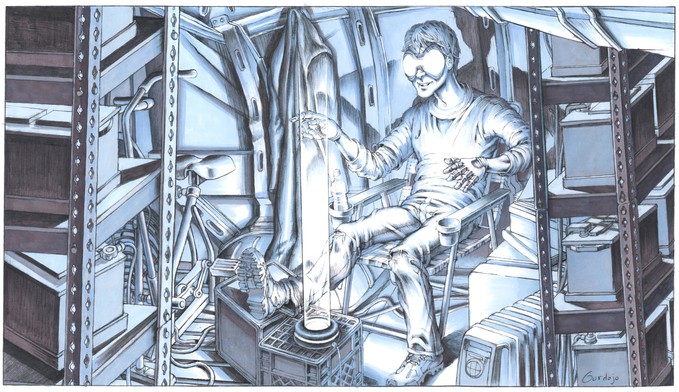