Check Out a New Poster And Trailer for AWAKEN THE SHADOWMAN!

Hello ladies and gentlemen, Muldoon here with a pretty cool "AICN exclusive" poster for a film I'm pretty excited to check out. Years of listening to Art Bell's COAST TO COAST have had me dying to see a legit horror film wrapped around the shadow people mythos. Director J.S. Wilson took that intrigue a step further and created this new movie, AWAKEN THE SHADOWMAN! The film premieres this next weekend at Dances with Films out in Los Angeles. If you happen to be out there and catch the film - please feel more than free to shoot me your thoughts! I pretty much only know what the trailer dips into, and want to see more! " After the mysterious disappearance of their mother, estranged brothers reunite and discover an unknown supernatural force." The film stars James Zimbardi, Skyler Caleb and Jean Smart in a picture written and produced by Woodrow Wilson Hancock III, Skyler Caleb, and James Zimbardi under their WildStory Production Company. 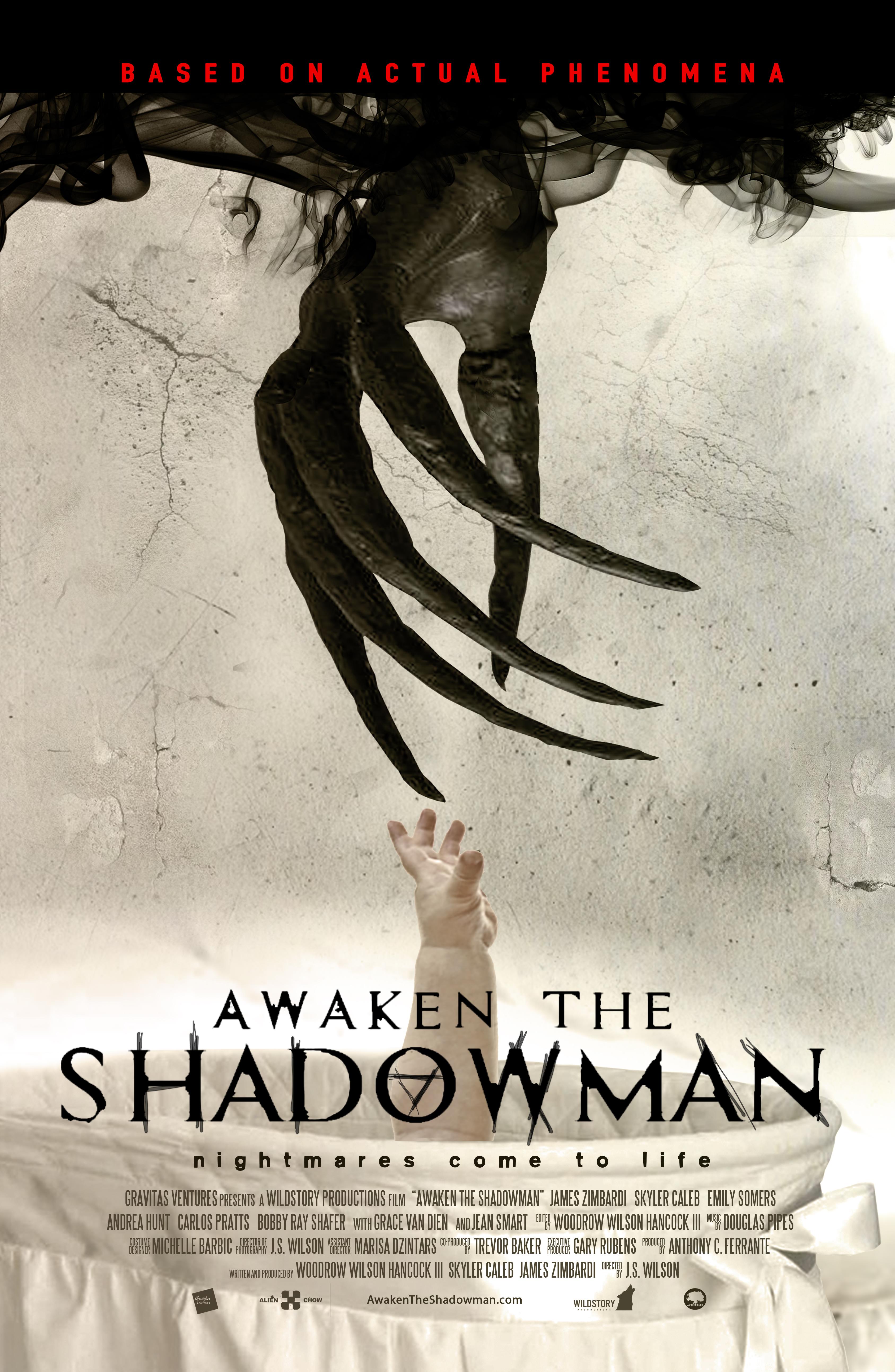 Seems like a fun popcorn flick to me, one that (I've already mentioned a bunch) I can't wait to check out! There will be a limited theatrical release starting July 21st, and Gravitas Ventures will release the film digitally and on-demand on July 25th.  What do you folks think? Shoot off your honest thoughts in the Talkbacks!