Annette Kellerman Gets Caught in a TIMETRAP 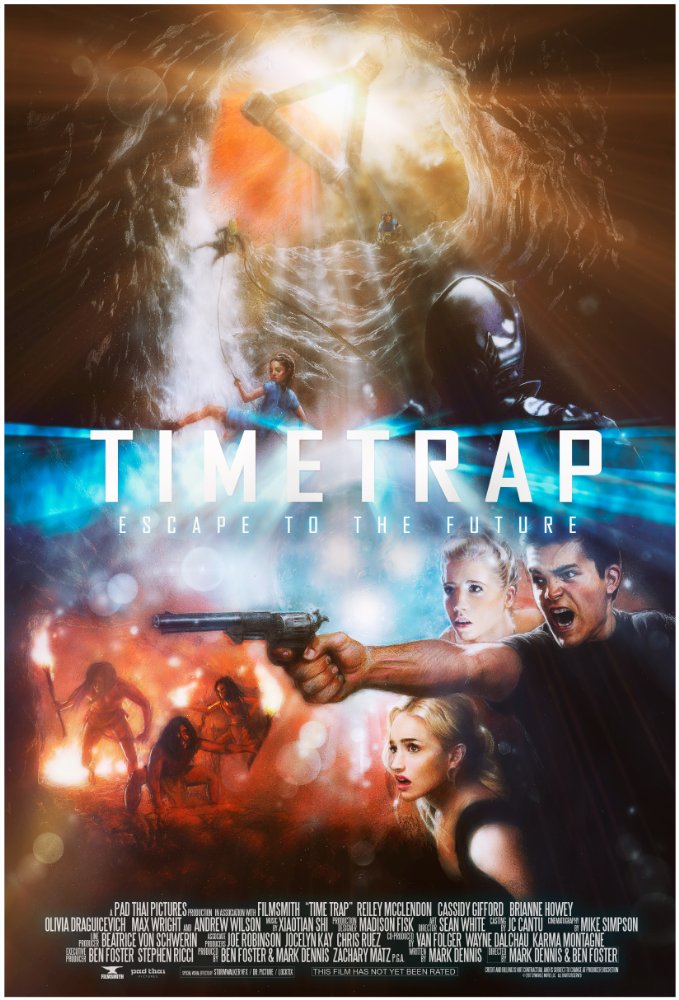 Recently I had the opportunity to see TIMETRAP, a terrific scifi fantasy film that is premiering in May at the Seattle International Film Festival. The film follows a group of college students and their adolescent charges as they search for their archeology professor, "Hopper", who disappeared while on a recent outing. Though they are aware of his lifelong endeavor to solve the mystery of past researchers who never returned from expeditions searching for the legendary "fountain of youth", not all of their beloved teacher's intentions are quite clear.

Equipped with ample climbing/rappelling gear (an obvious favorite pastime for the crew) as well as video cameras to record their adventure, the youngsters head out into the wilderness to the area their professor had recently revealed as his next conquest. Soon, the group picks up his trail and heads into a nearby cave to see if he is there and needs their help. Though one of the younger kids decides to keep watch up above, the rest of the posse descends into the darkness of the subterranean labyrinth. After finding a few indiscernible clues along with an eventual morbid discovery, the gang slowly discovers that the cavern holds more mystery than any of them could have ever conceived.

Like the title indicates, TIMETRAP involves a mind bending shift in the space-time continuum. Unlike many entries in this genre, however, the film employs a completely unique premise that sets the intricate story into motion and keeps the audience guessing right up until the incredibly ambitious conclusion. To say this movie totally goes for it is the understatement of the year, and I simply reveled in the originality.

Directing duo Mark Dennis and Ben Foster do a great job incorporating an adventurous vibe all the while maintaining an increasingly ominous tone as the group ventures further into the unknown. The inclusion of the characters' own found footage deviates quite a bit from the usual use of the plot device and quite effectively moves the story forward in an awesomely chilling way. By the time the film really hits its crescendo, I was amazed by how far the filmmakers actually took the seemingly simple storyline. There's quite a lot to take in, and they have definitely honed a clever and coherent film from a rather high-concept premise. 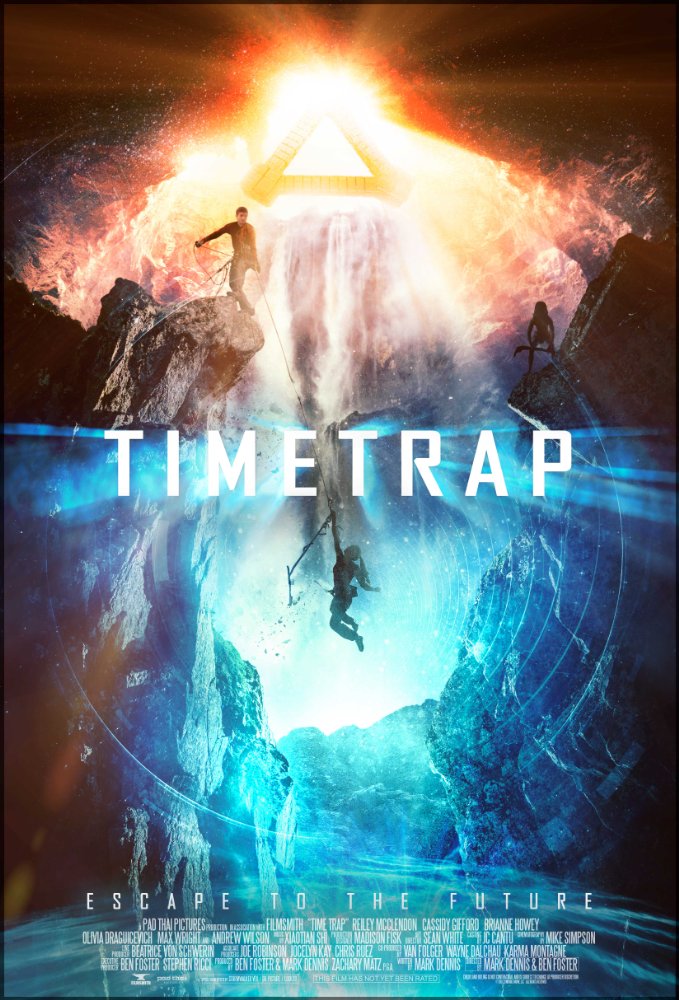 If you think I'm speaking cryptically, it's because I am. I abhor the idea of giving away even an inkling of what is in store with TIMETRAP, as my own discovery of this gem was such a delightful surprise. To spoil the astonishing amount of ground the story covers would be terrible, yet having said that, I can almost guarantee that even the most jaded genre nerd has no clue where this story will ultimately take them.

Though the characters consist of an almost-cliche cast of aspiring Hollywood beautiful people, I have to admit that I was pretty blown away by some of the performances. While each actor really held their own amid the somewhat outlandish subject matter, the real standout is Cassidy Gifford as the unlikely hero of the crew. Her portrayal of the somewhat reserved and protective Cara truly grounds the slightly steriotypical characters, and her sincerity makes the bizarre circumstances believable.

As with many time warp films, there were a few head scratching moments that made me want to draw a flowchart, yet this is exactly the type of challenge I find so intriguing in these type of movies. As with all fantasy films, a suspension of disbelief is first and foremost, but TIMETRAP wraps everything up so well, the leap isn't nearly as far as the characters'. If you are in the Seattle area, I totally recommend checking out TIMETRAP at the Seattle International Film Festival on 5/19 and 5/20. For the rest of you, keep an eye out for this fascinating scifi adventure.